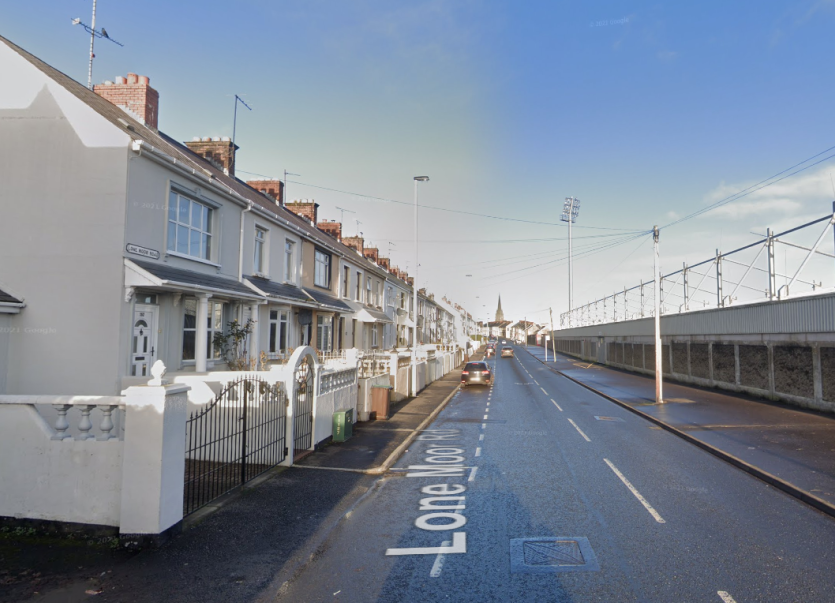 Lone Moor Road is one of the areas set to get a new Irish street sign.

Four more areas in Derry are to get Irish street signs.

Previously, from those who reply to the council's correspondence, a minimum of 67% of respondents had to support the new street sign proposal for it to be granted.

However, in January of this year, the council agreed to reduce this threshold to 15%.

The applications for the new street signs, however, were all based on the previous threshold.

Of these households, 12 responded to the council and all were in favour of the bilingual street sign.

At Cooleen Park, 33 households were contacted by the council.

Of these, responses were received back from 27 households.

A total of 95% of the Cooleen Park households who responded were in support of the new street sign, with 5% opposed to it.

At Jacqueline Way, a total of 41 households were contacted.

Of these, 22 households responded to the council survey and, again, all were in favour of the new Irish street sign.

At Lone Moor Road, 87 households were contacted by the council.

Just 29 of these households responded, with 95% in support of the proposed new street sign.

As a result, new bilingual street signs will now be erected by the council at all the four streets.

Details of the new street signs were outlined today at a meeting of the council's Environment and Regeneration Committee.