New sculpture replaces one which had stood for 11 years 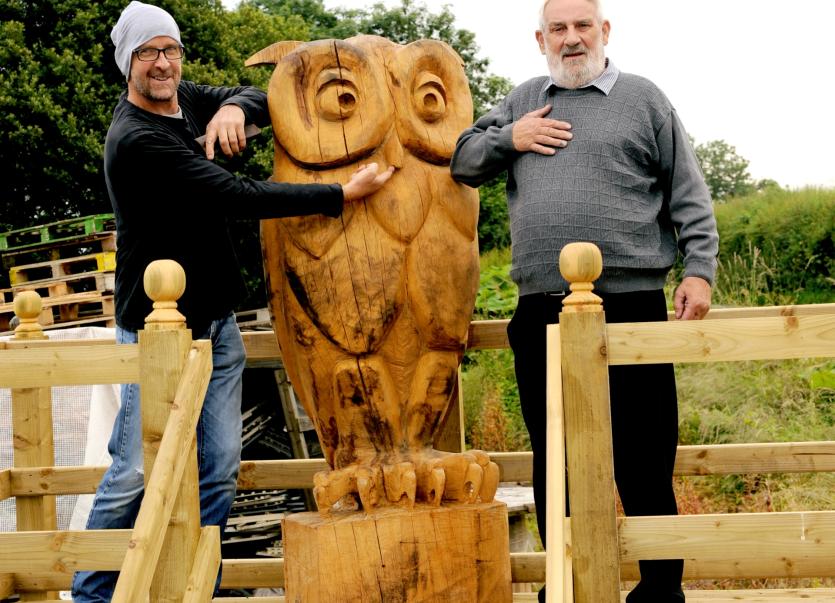 James McSparran and Stanley McCombe pictured with Oliver the Owl.

A local man has created his very own popular landmark.

'Oliver the Owl' is a large wood sculpture which has been placed at the junction of Gortmellon Road and Duncastle Road close to Newbuildings.

The new sculpture replaces one which had stood at the junction for around 12 years but which had weathered badly.

Oliver was the idea of Stanley McCombe who lives beside the road junction.

“About 12 years ago I took a notion to put something at the bottom of the road that would be nice for people to look at,” said Stanley.

“I came up with the idea of a wood carving.

“I got a tree over in Kildoag and contacted a man in Buncrana called James McSparran, who is better known as 'The Red Squirrel'.

“When I explained to Red Squirrel that I wanted to create an owl carving from the wood, he said no problem.”

The carving was made and placed at the road junction. 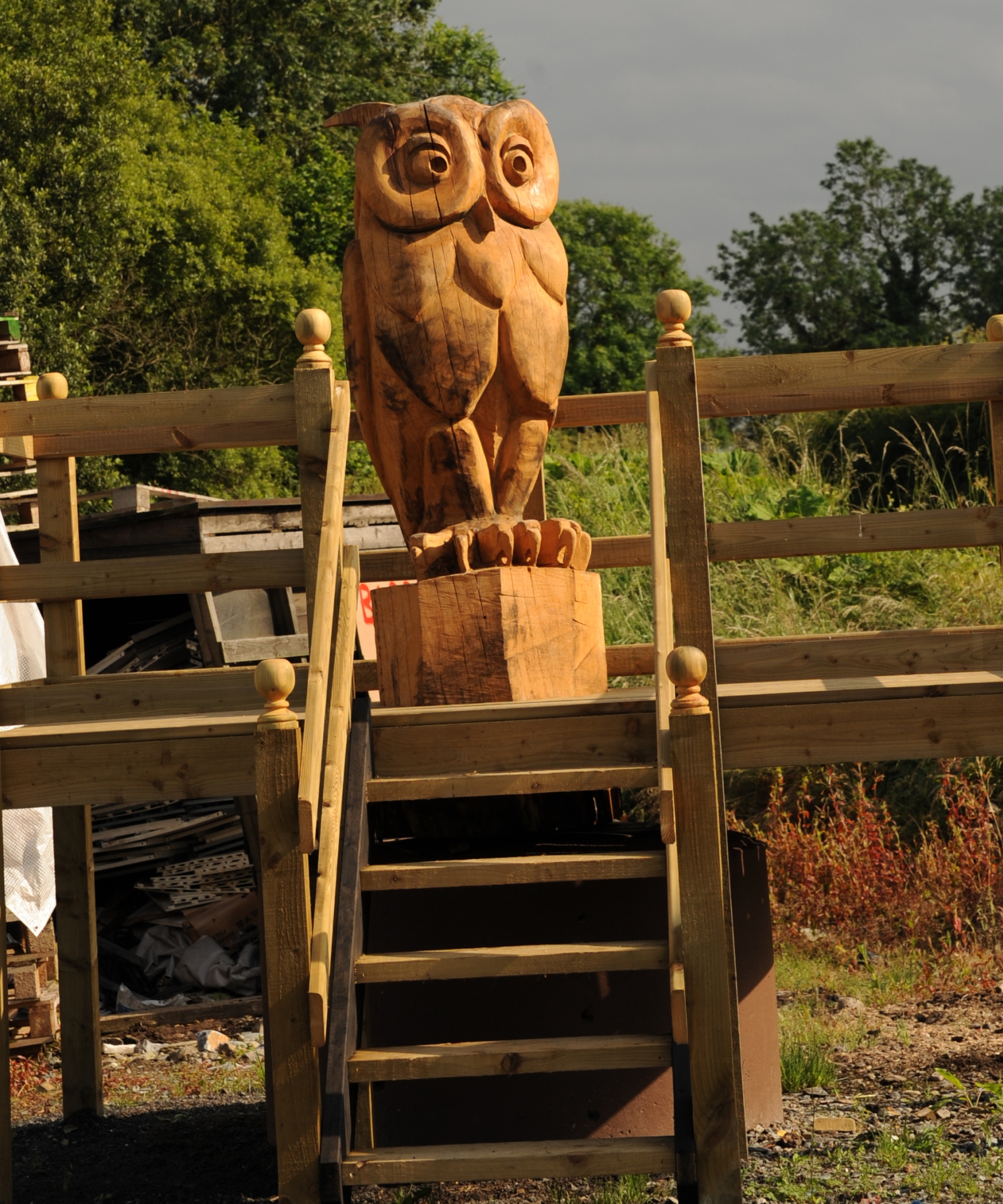 However, it took a battering from the weather.

“The timber was sycamore which is a not great timber but it lasted 11 years before rotting away,” Stanley said.

“People were sad to see it go as it was a great landmark.”

The local man said he was determined to replace the carving.

“I decided to get another one, so I contacted the Red Squirrel and he advised me to get an oak tree.

“I found one at Pellipar in Dungiven that had come from the late Seamus Heaney's estate in Bellaghy.

“I got it on a trailer and took it to James in Buncrana. He got to work on it and a new owl was on its way to Cullion.

“Lexie Thompson's JCB set Oliver up on his perch and Roger Laird constructed a new platform.

“I wish to thank everyone that helped me complete my dream the second time around.

“Your landmark should be here for a long time,” added Stanley.