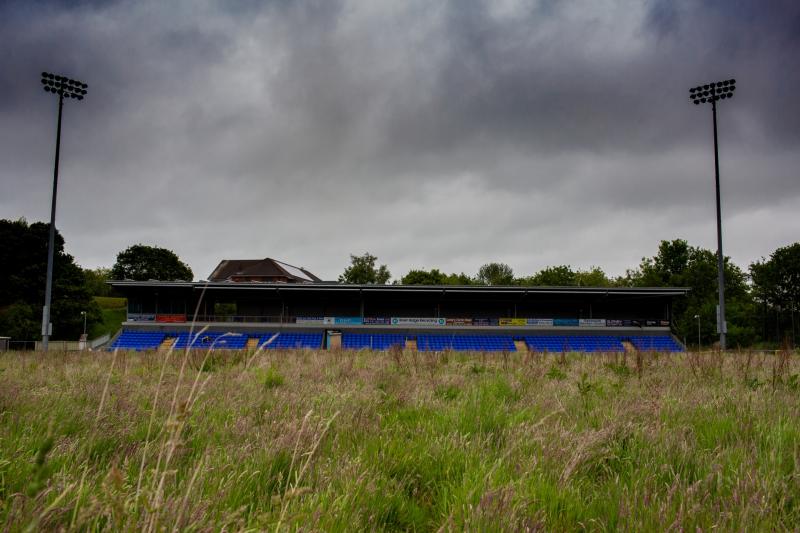 The Riverside Stadium has been unused since the 2017 floods. Photos by JPJ Photography

Plans have been unveiled to demolish a Derry football stadium destroyed in a flood four years ago.

The public are being given the chance to have their say on plans to knock down the Riverside stadium of Institute Football Club in Drumahoe.

The stadium, which is located beside the River Faughan and which had been home to the local club since 1980, was severely damaged in floods in August 2017. 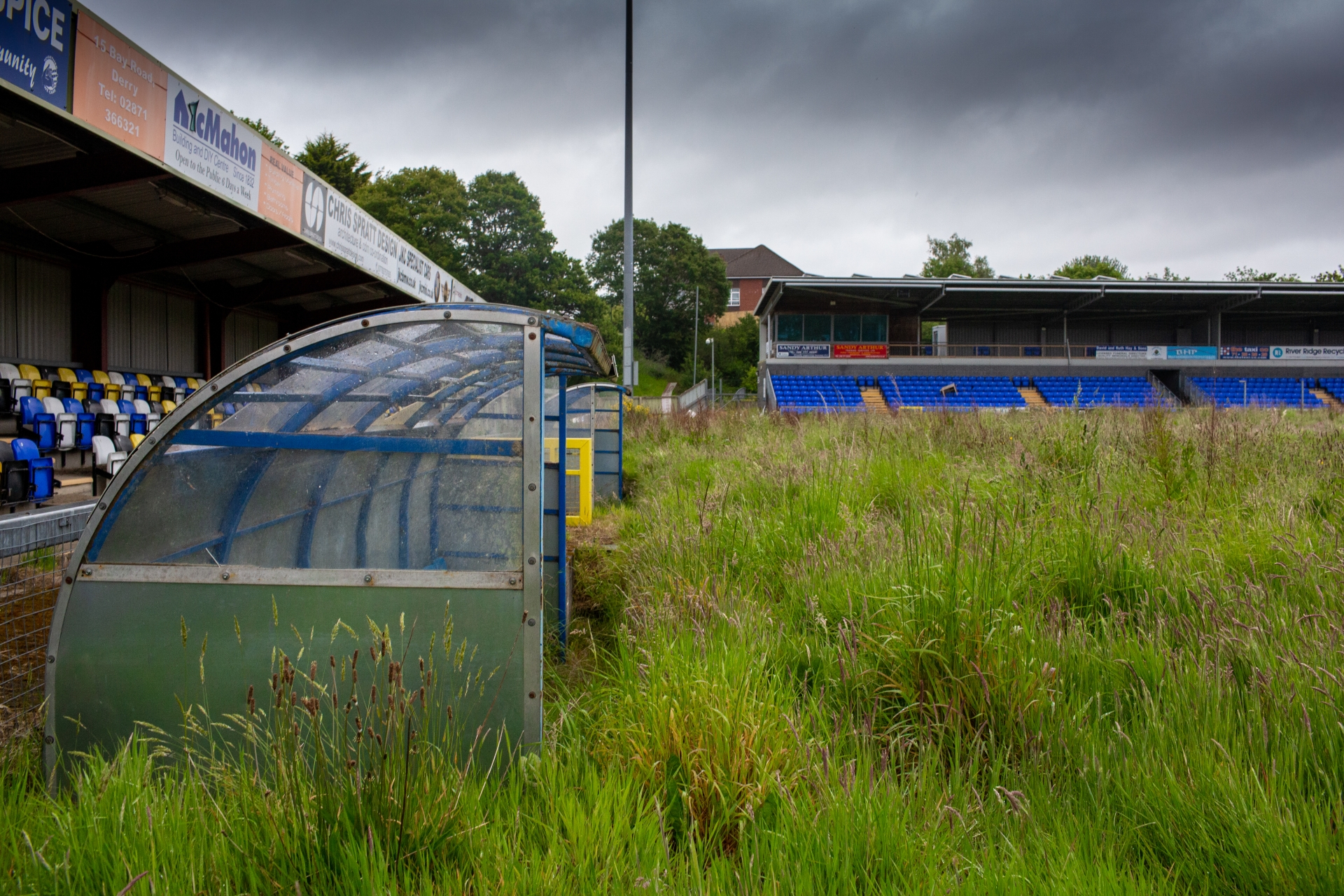 The damage was so bad that the stadium was closed permanently and Institute have since been forced to play their home games at Wilton Park in the Waterside and the Brandywell stadium.

Now, plans have been put forward to knock down all the buildings and stands at the Riverside Stadium and return the land to a green field site.

As part of this process, a public consultation has been launched.

It will last for two weeks to give people an opportunity to put forward their views on the proposals.

A spokesperson for MCI Planning, which is managing the demolition proposal, said they would welcome people's views.

“We are proposing to transform land currently occupied by the Riverside Stadium by removing all physical structures and concrete hardstanding from the site’s surface and undertaking remediation of the three invasive plant species.

“On completion of these works the land will be top-soiled and sown with grass seed and returned to its former use as greenfield land as per the designation in the extant Derry Area Plan 2011.

“At this point the Riverside Stadium will cease to exist and the land returned to its legal owner, the YMCA.”

The MCI spokesperson said the demolition cannot proceed until a full planning application setting out the precise detail and approach to the works is approved.

“The information submitted along with the application will be assessed by statutory agencies and Derry City and Strabane District Council.

“If the proposal is deemed satisfactory and planning permission is approved, works can then commence.

“The project team has undertaken preliminary site investigations and analysis that have informed their approach.

“We have also undertaken an informal preliminary application discussion with Derry City and Strabane District Council.

“The approach to the demolition is to recycle and reuse what is possible from the existing Riverside Stadium.

“Recognising the site’s ASSI designation our team will sensitively remove the structures off site whilst causing no environmental damage or impact on the natural surroundings.

“The demolition works will respect the local environment and will be informed by a construction method statement agreed in advance with Derry City and Strabane District Council and Statutory Consultees.

“A professional contractor will be used to carry out the demolition works.

“We now want to hear the views of the local community and stakeholders before we consider the feedback and consider how this relates to the proposals.”