There has been one further death in the area's local government districts. 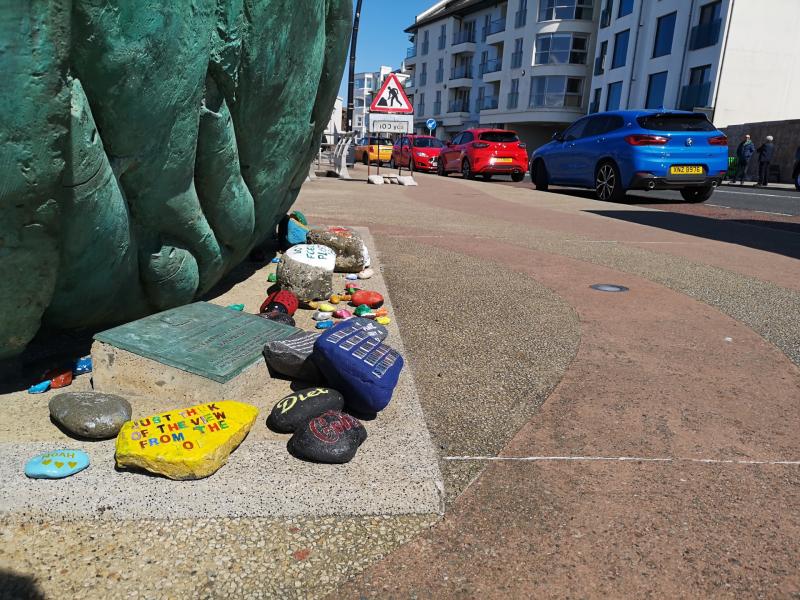 The rate in Portstewart has more than doubled.

There has been a further rise in the number of Covid-19 cases in County Derry, with one further death occurring.

A 2.5% increase in the number of tests completed has yielded an 18.5% rise in case numbers across the county as the latest wave of cases to hit Northern Ireland continues its upward trajectory. 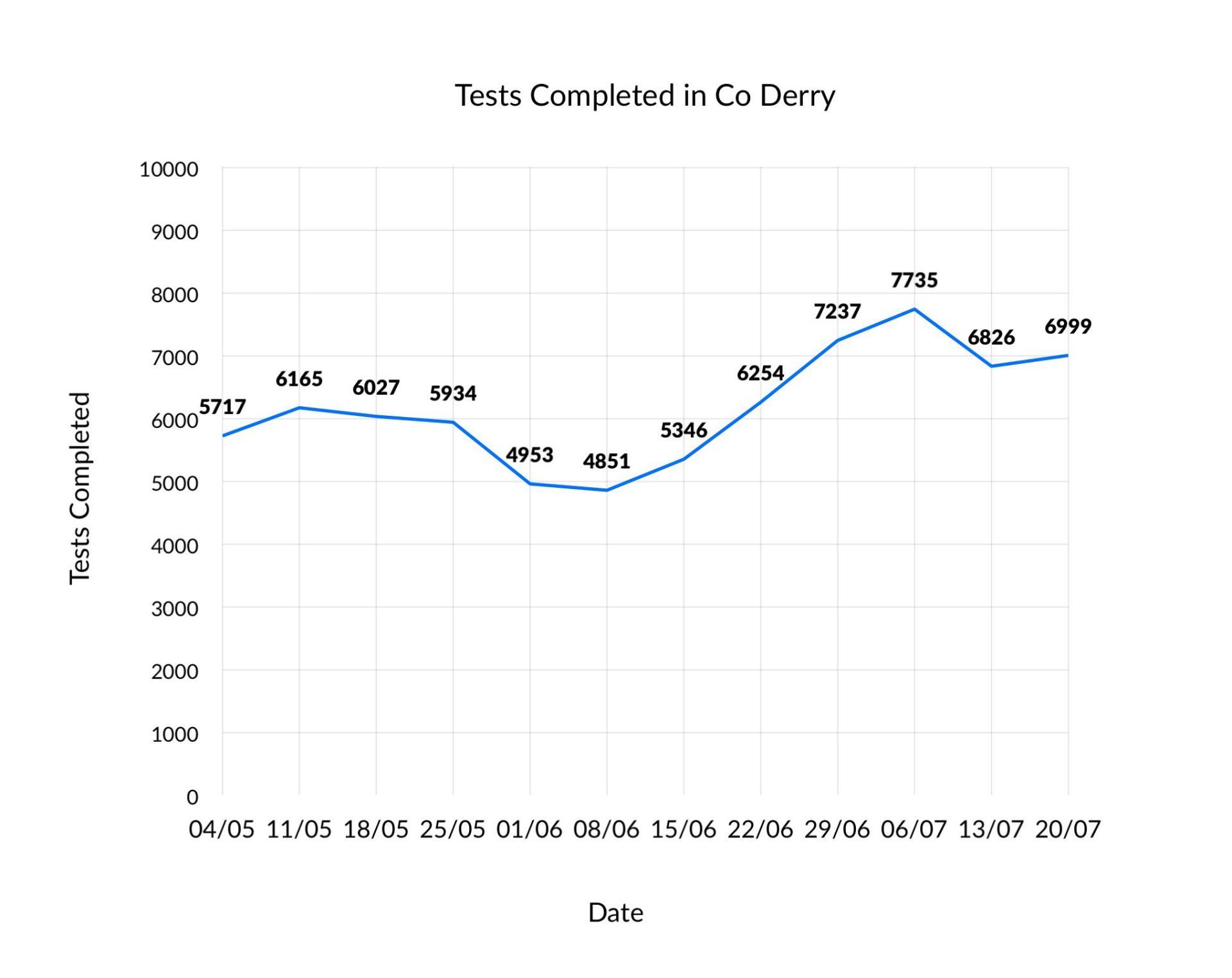 Numbers have risen in all areas except for BT46, BT48 and BT49, where minor decreases were recorded.

Case numbers in Portstewart (BT55) have more than doubled, while increases of 56% and 44% were recorded in Magherafelt (BT45) and Waterside (BT47) respectively. 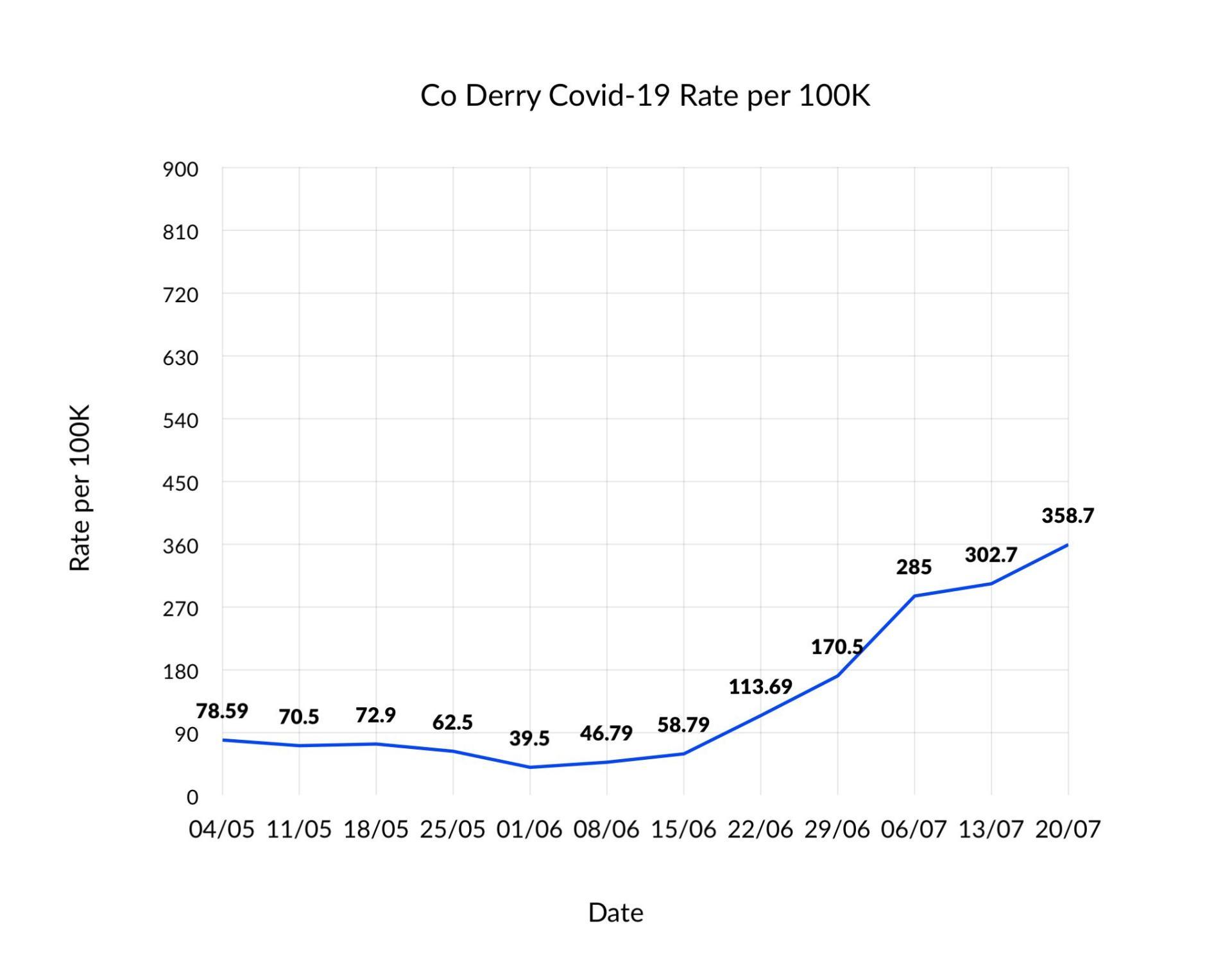 No postal areas within County Derry are in the Northern Ireland top ten, with BT48 highest on 15th.

The percentage of people testing positive for the virus has again risen from 11% to 12.7%, with BT48 sitting on the highest figure of 17.5%. Coleraine's figure of 8% is the lowest positive percentage.

There has been one more Covid-related death within the county's three local government districts to add to the two recorded last week. 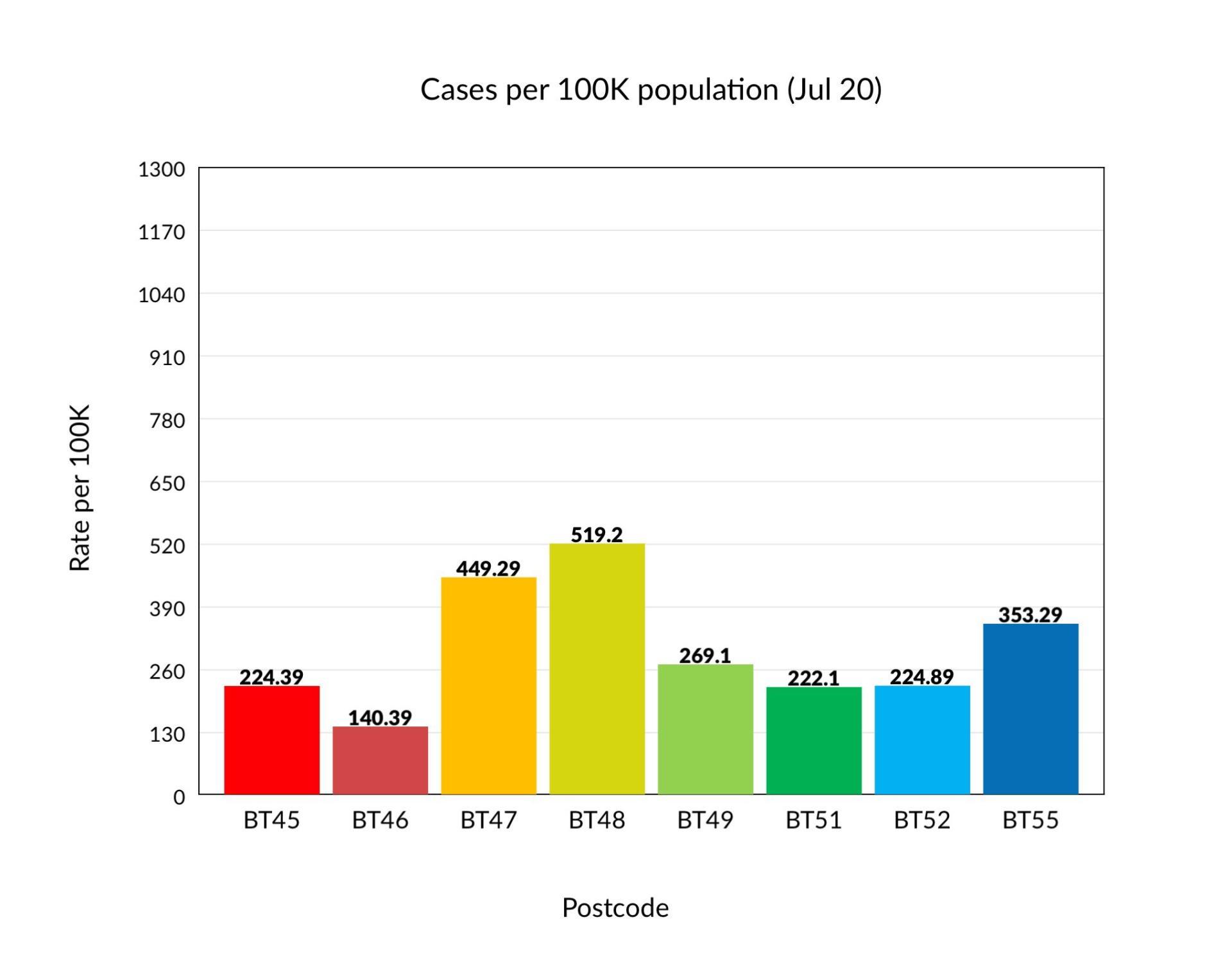 One person has died within the Derry City and Strabane council area, while figures for Causeway Coast and Glens and Mid Ulster council areas have remained static.

Antrim Area Hospital currently has nine Covid inpatients, an increase of four from last week, while numbers in Altnagelvin have fallen slightly (-2) to 20. 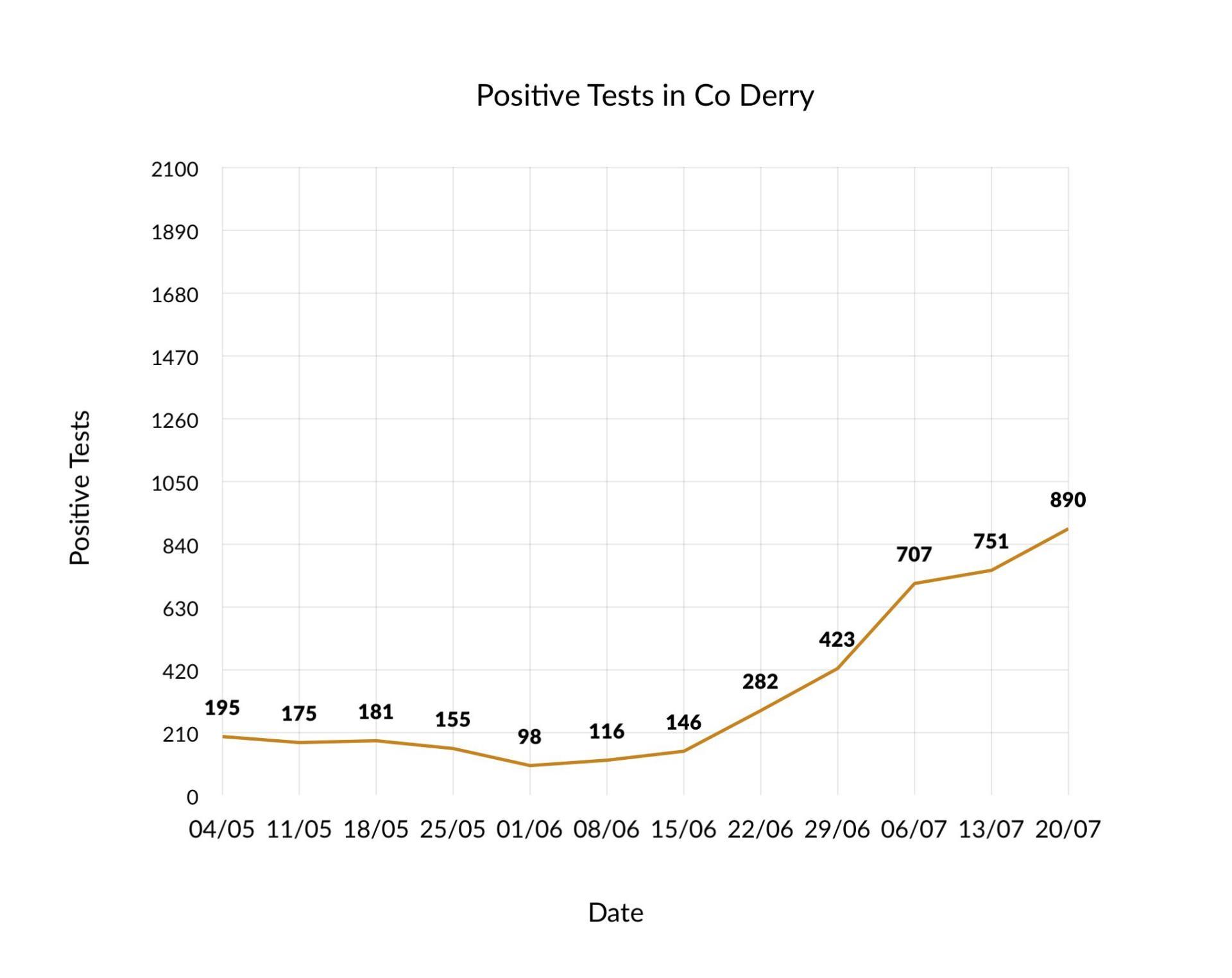 Meanwhile, anyone travelling into Northern Ireland from France has been advised they will continue to be required to quarantine for a period of ten days, even if fully vaccinated.

Travellers from France will also be required to undertake a Day 2 and Day 8 test as part of the arrangements, including any UK-vaccinated person travelling through France from a green or amber rated country.

The move has been taken to combat persistent cases in France of the Beta variant of the virus, first identified in South Africa.

Anyone arriving from other amber countries, who have been fully UK-vaccinated, will not be required to quarantine.

Case numbers have also risen despite a lower number of tests completed.