Residents had prevented the trees being cut down earlier this year 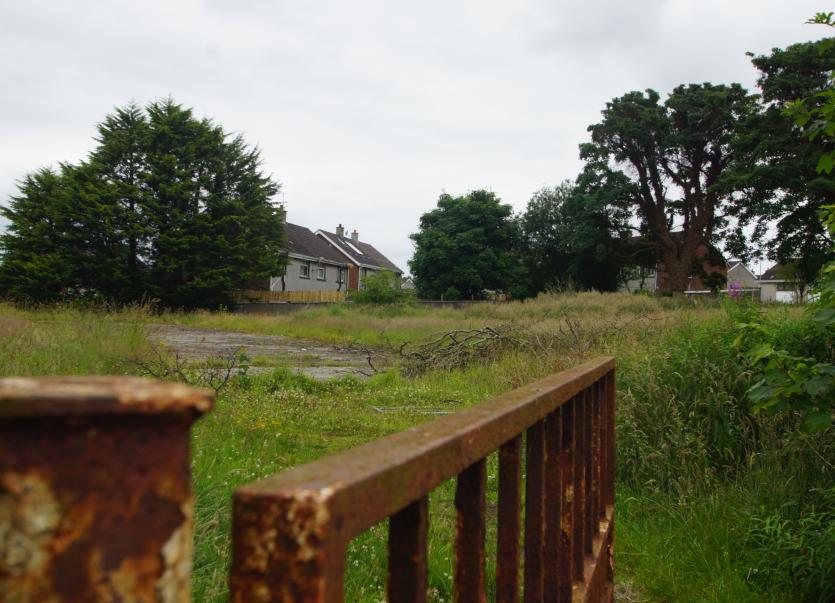 The trees are on this site in Strathfoyle.

A permanent protection order is to be placed on trees at a contested site in Derry which means they cannot be cut down.

The trees are located on a site at the junction of Beechwood Park and Clonmeen Drive in Strathfoyle which was previously home to a church building.

The building was removed a number of years ago and the site has been vacate since.

In February of this year, a number of trees on the land were cut down.

However, while the trees were being cut down, representatives from the Strathfoyle-based Enagh Youth Forum arrived on the site and prevented any more of them being chopped down.

With the support of local politicians, residents in the area then secured an emergency Tree Protection Order (PTO) in a bid to protect the remaining trees on the site.

A temporary six-month TPO was subsequently placed on the site on February 9 this year.

A consultation process was then started, during which Derry City and Strabane District Council's planning department received 12 emails in support on the TPO being made permanent.

The owner of the site objected to this, stating that they wished to 'realise the development potential' of the Strathfoyle site.

The council commissioned a specialist report to investigate the condition of the trees.

The report found that of the 12 trees on the site, eight were 'either unsuitable for retention or have, at most, an estimated 10 years remaining life left'.

Planning officers prepared a report for this month's meeting of the council's Planning Committee, which highlighted that they are 'significant issues' with the majority of trees on the site.

The report said that while the trees are 'currently visually significant', they are 'not in great/health condition'.

The report concluded: “Therefore, many of these trees are likely to fall or need to be felled and/or significantly reduced, in the short to medium term.

“Hence, they will have quite limited public amenity value, so they are not considered to be appropriate to be protected under a Confirmed Tree Preservation Order.”

Although the planning officers' report did not recommend a permanent TPO for the site, the final decision on such issues rests with councillors on the Planning Committee.

Speaking at the committee meeting, SDLP councillor Angela Dobbins said she would support the residents' efforts to save the remaining trees.

“In February 2021, local residents were awoken to the sound of chainsaws and horror that a number of trees on this site were being felled.

“If the pandemic has taught us anything, it has taught us that green spaces, nature, trees and plants are all important to human health and to mental health.

“We as a council, given the fact that we recently passed a motion with regards to rights of nature, should lead by example and protect nature where we possibly can.”

Cllr Dobbins proposed that a permanent TPO be placed on the remaining trees on the site.

Sinn Fein councillor Christopher Jackson said his party would support such a proposal.

Cllr Jackson said the cutting down of the trees on the site had caused 'widespread concern' in Strathfoyle.

“We should use this as an example to say that we will not be tolerating this type of approach and we expect better from any potential developers,” he said.

A council officer told the meeting that the landowner had not broken the law by removing the trees in February.

The officer said that there was no legal requirement to seek planning permission to remove trees that were 'dead, dying and dangerous'.

At the meeting, the committee members agreed to not accept the planning officials' recommendation that the current temporary TPO at the site be allowed to lapse.

Instead, the councillors voted in support of the proposal for the placing of a permanent TPO on the Strathfoyle site.

The proposal included the caveat that permission should be allowed for the removal and replacement of trees identified as 'dead, dying and dangerous'.