Council give the go-ahead for the Taphouse proposal 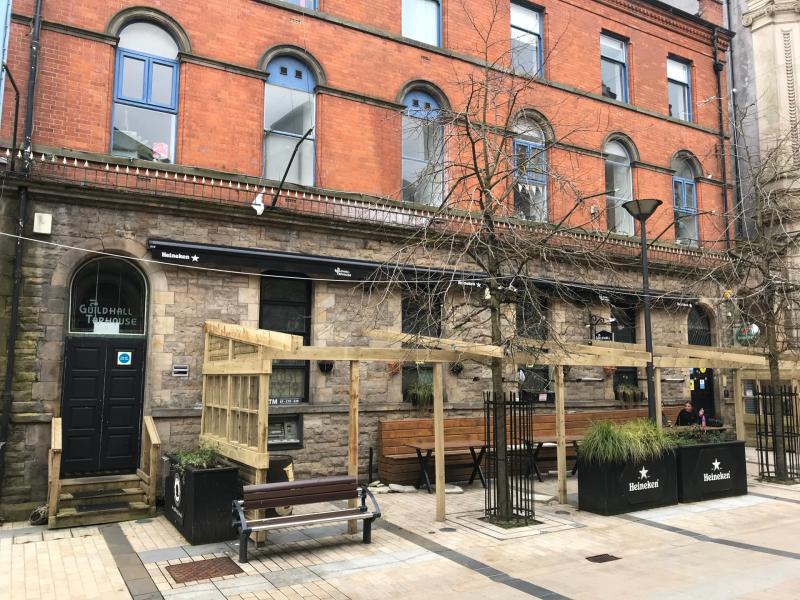 The owners of a landmark Derry pub have been granted planning permission to extend the premises into an adjoining cafe.

The Guildhall Taphouse bar at Custom House Street is to be extended into the building behind at Guildhall Street which previously housed the Warehouse No 1 cafe.

There are to be no external alterations to either of the buildings as part of the planned expansion.

The planning application for the change of use from a cafe to a pub for the building at Guildhall Street was submitted to Derry City and Strabane District Council's planning department in February this year.

The Derry News has learned that planning permission has now been granted for the proposal.

During the public consultation in relation to the plans, a letter was sent to the council by representatives of the Women's Centre, which is based at 5 Guildhall Street, raising concerns about some aspects of the proposed expansion of the Taphouse bar.

The letter said that staff at the Women's Centre had 'strong concerns' about the possibility of people congregating outside the new pub premises at Guildhall Street and the impact this would have on people using the Women's Centre.

However, in a report prepared into the planning application, a council planning officer stated that the application does not make any reference to proposed use of the external area outside the Guildhall Street building.

The landmark Taphouse building at Custom House Street has been a pub for many years.

Previous to it being taken over by the current owners, it was the long-established Monico Bar.