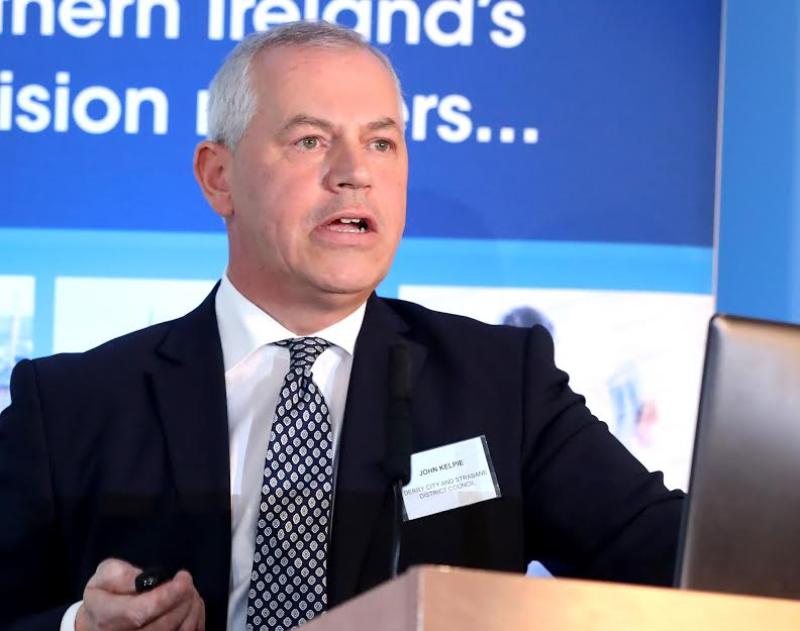 The chief executive of Derry City and Strabane District Council, John Kelpie, has issued an apology for ‘failings’ within the local authority.
It comes after the NI Public Service Ombudsman (NIPSO) conducted an investigation into a complaint made against the local authority.
The grievance centres around planning permission which was granted in March 2014 in respect of an anaerobic digester and combined heat and power plant.
That included permission to accept waste materials at the plant.
An application to vary a condition of the permission granted was submitted in November 2017, with the intention of including an additional waste product, that from whiskey distillation.
In a consultation response, the council was informed that on the basis of information provided, it was not considered the proposal would have any adverse impact.
However, the consultation response stated the council should undertake a Habitats Regulations Assessment (HRA) on Lough Foyle which is a Special Area of Conservation and an Area of Special Scientific Interest to ensure compliance with the requirements of the Habitats Directive.
No HRA was conducted and permission was granted on February 13, 2018.
A complaint was subsequently lodged by members of River Faughan Anglers (RFA) who questioned why the local authority failed to carry out an HRA.
An investigation by NIPSO found ‘maladministration in record keeping’ with regard to the need for an HRA to be conducted.
Issues were also raised about a subsequent review of the application.
Maladministration was also found in the council’s failure to provide a full explanation to the complainant in relation to an issue of complaint.
The report states: “I expect public bodies to be open and to provide information when requested, unless there is a strong and valid reason for not doing so.
“In this case, given the subsequent provision of the information requested it does appear that this was not the case in this instance.
“I would remind the council that a lack of openness can undermine trust, particularly in matters relating to planning and to the environment where openness is key to the integrity of the process.”
It adds: “I am satisfied that the maladministration identified caused the complainant to experience the injustice of frustration and uncertainty, as well as the time and trouble in pursuing his complaint to this office.
“I recommended that, not withstanding previous apologies to the complainant, the council chief executive should apologise for the failings identified in accordance 2 with the NIPSO guidance on apology 1 and that council planning officers should be reminded of the need to make proper contemporaneous records of decisions made and of the reasons for those decisions.”

River Faughan Anglers (RFA), who lodged the complaint, welcomed the findings of the Ombudsman and the written apology received from Mr Kelpie ‘for the injustice the public authority perpetrated on our voluntary-run, cross-community organisation.’
A spokesperson for RFA said: “This apology is one of three Mr Kelpie was recently required to issue to RFA following three separate Ombudsman investigations found maladministration in record keeping and not offering adequate explanations for the actions of public officials.
“Since 2016, RFA has been raising concerns with senior officials of Derry City and Strabane District Council about its practice of not keeping records of engagements with our directors, particularly given the seriousness of many of the matters of planning and public administration that were raised.
“Whilst the chief executive of Derry City and Strabane District Council has previously insisted that his organisation is '…fully committed to the principles of good government and has sought positively to engage with you and RFA,' we found this hard to accept given the council is unable to produce records of any of the four meetings held between senior council officials and directors of RFA, including two which Mr Kelpie attended and chaired.”
The spokesperson added: “Therefore, it is reassuring that the Ombudsman’s investigation recognises how the council’s failure to keep records in this particular case, coupled with its lack of openness towards RFA, can give rise to public mistrust and undermine the integrity of the planning process.
“The recent publication Records Matter, issued jointly by the Ombudsman’s Office, Northern Ireland Audit Office and the Information Commissioner’s Office, warns public authorities that not keeping proper records ‘…can lead to suspicions of wrongdoing or a sense that a body has something to hide.’
“It is hoped that this damning report from the Ombudsman is a wake-up call for the council that, if it wants to regain the trust of the public it serves, it must stop damaging the integrity of the planning system.”