The Department say they are 'working with stakeholders' regarding the pyre. 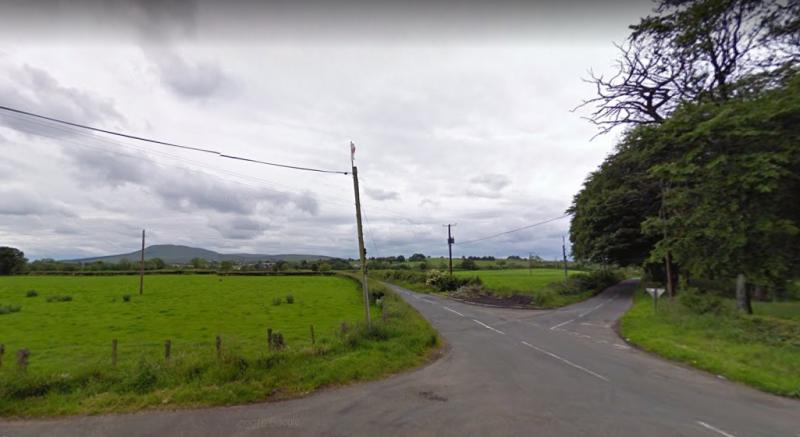 The 'Five Road Ends' at Kilcronaghan, where the bonfire is due to be held. Pic: Google Maps

A local MLA has called on a County Derry bonfire to be removed amid concerns 'hundreds' of tyres have been collected at the site.

Sinn Féin MLA for Mid Ulster Emma Sheerin has said the gathering of material for a bonfire close to Kilcronaghan Community Centre at the Five Road Ends, near Tobermore, has caused concern among the local community.

"The appearance of hundreds of tyres at the site has caused considerable fear at the damage the illegal burning of these tyres would have on the local environment," she said.

"If burned on the road it will cause significant damage to the surface of this well-used road. Many rural roads are already in an unacceptable condition and this bonfire with such an amount of tyres would destroy the road, as well as the significant air pollution it will cause.

"Our councillors, including local rep Cllr Brian McGuigan who sits on the Bonfire Working Group, have met extensively with all agencies to try and ensure that community events are carried out in a safe and enjoyable way.

"What we see at Kilcronaghan could not be defined as such. These tyres and this bonfire should be removed because of the damage that will be caused."

A spokesperson for DfI confirmed they were liaising with stakeholders around the bonfire.

"The Department is working with a range of stakeholders to help manage issues associated with bonfires this year," they said.

"Officials will continue to liaise with local stakeholders in Tobermore to seek to have the bonfire material removed from the roadside.

"The Department does not approve of bonfire material being stored or bonfires being located on the public road network, or on adjoining land.

"These actions can put lives and property at risk, divert the emergency services from other important work and disrupts the travelling public.

"When we become aware of material being stored on adopted roads or on our land, we will seek to remove the material.

"We will consult with the PSNI and other relevant parties, such as the local council or the NI Housing Executive and the Fire and Rescue Service, before taking action, to ensure that the safety of our staff and contractors is not compromised, and that our actions do not escalate the situation."

A spokesperson for The Police Service of Northern Ireland said: "Flags are a difficult and sensitive issue for many in our community.

"Within the current statutory framework, the removal of flags is not the responsibility of the Police Service.

"We can only remove flags where there are substantial risks to public safety or where it is believed a criminal offence has occurred.

"However, we will continue to work with elected and community representatives as well as our partners to find local resolutions on the flying of flags in public areas.

"We look forward to the outcome of the work being led by the Executive to progress an action plan on Flags, Identity, Culture and Tradition."