Parish priest Fr Gates said the community of Magherafelt were 'indebted' to the retiring principal. 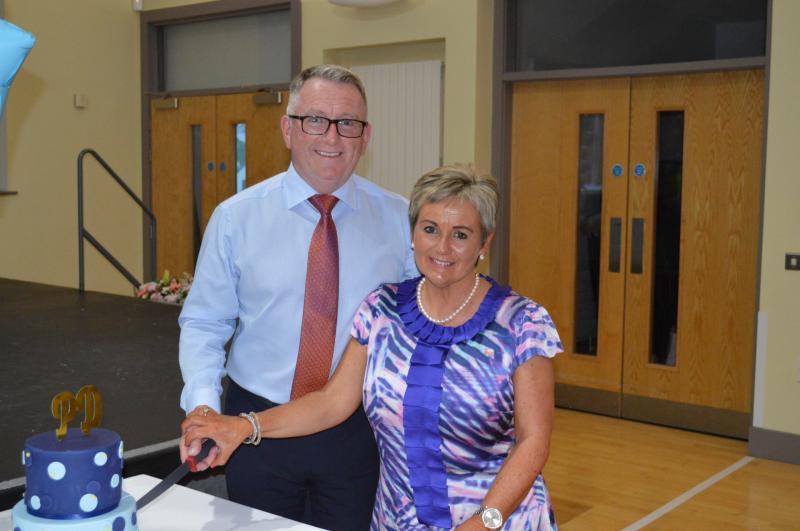 A County Derry principal who has amassed 35 years in local primary education has retired.

After 17 years as principal of Holy Family PS and NS, Magherafelt, Peter Donnelly will welcome children and parents for the last time tomorrow before taking his retirement.

Described by one member of staff as 'personifying a vocation', Mr Donnelly has spent his career committed to the lives and experience of the children in his care.

Among the highlights of his Holy Family career was breaking a world record for the largest gathering of live scarecrows, an event that drew much media attention in November 2018.

At a recent celebration mass held at the school, parish priest Fr John Gates thanked Mr Donnelly for his service and set he had set an example for others to follow.

“Peter saw the school as a family, with a vision that ensured that the Catholic Ethos of pastoral care for each child was evident from the moment they entered the school,” he said.

“He made sure that all children were provided with the experiences to reach their potential. Mr Donnelly was doing track and trace before these terms became the norm. Mr Donnelly with his family at the retirement celebrations last week.

“With his rigorous systems of testing, target setting and tracking the progression of each child, he was able to ensure that every child received the best education the school could possibly provide.

“We in Magherafelt are indebted to him for his hard work and dedication over the last 17 years.”

The Chair of the school's Board of Governors also paid tribute to the outgoing principal, saying he made sure every child was equally valued.

“Mr Donnelly was a principal deeply committed to ensuring that every child is valued equally and that this was reflected every day in what we as a school did and what we said,” they said.

“In respecting each other, by celebrating diversity, inclusivity and sharing those experiences our pupils lived out our school motto of 'Forward Together.'

“He has worked tirelessly over many years in an effort to one day secure a new building for the 600 pupils from across 14 different nationalities. 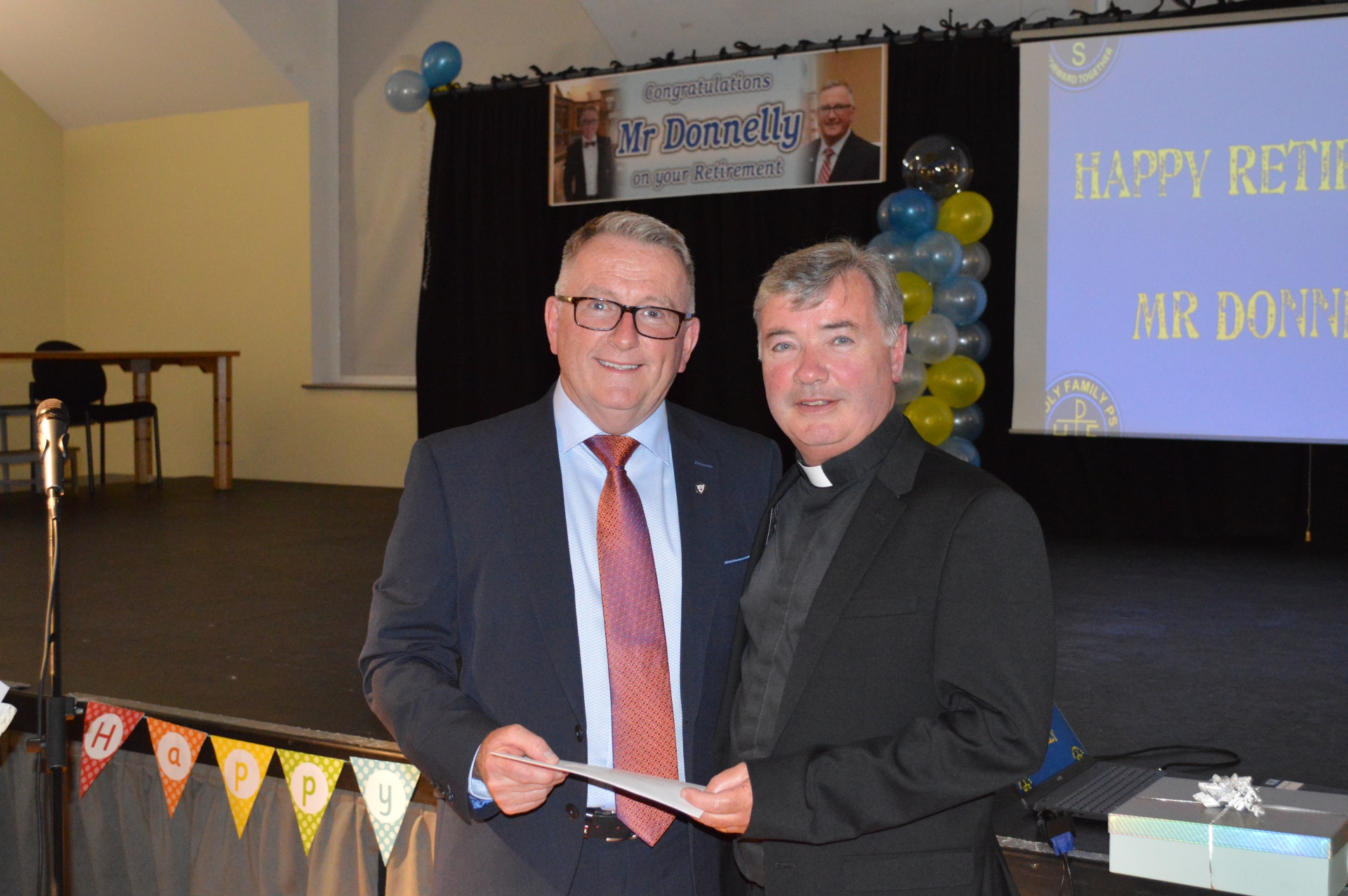 Mr Donnelly receives a token of appreciation from Fr Gates.

“While we will continue that work, Mr Donnelly has already laid the keystone, the heart and soul being those indelible values that permeate our corridors and classrooms.

“Mr Donnelly has made a huge difference to the lives of so many children, an inspirational and caring principal, a devoted family man. We thank him for his years of selfless dedication.”

Don't miss next week's County Derry Post for a feature interview with Mr Donnelly about his career in local primary education.

Move to tackle careless parking at school drop off and pick up times.