A number of projects prioritised in 2017 have not yet been completed. 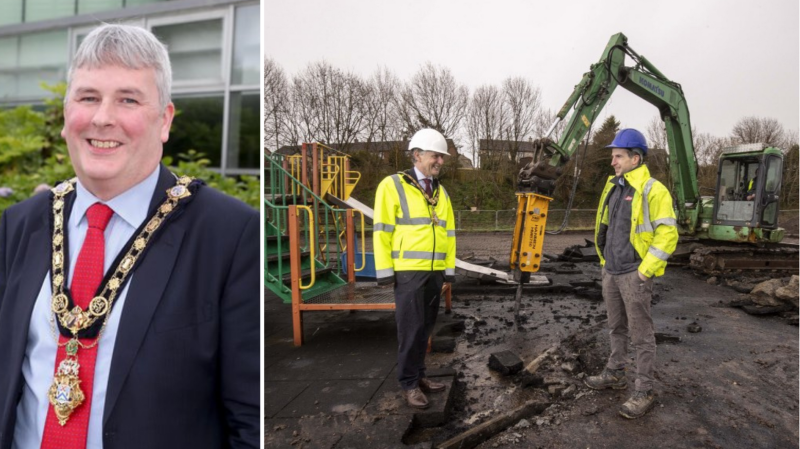 The Mayor of Causeway Coast and Glens Borough Council has suggested streamlining their capital project list in order to see better results.

Cllr Richard Holmes was speaking at last week's Leisure and Development Committee, where a report to councillors gave details of the projects currently being undertaken by the council.

The report showed that of nine projects prioritised by the council in 2017, just one - improvements to Christie Park, Coleraine - has been completed within the last 12 months.

One other, Limavady Accessible Play Park, is currently in construction, while three others, including Aghadowey Play Park, are currently at design and procurement stage.

Burnfoot Playing Fields and the Ballymoney to Ballycastle Greenway, are at the outlining business case stage, with two other projects not mentioned elsewhere in the report.

Cllr Holmes said projects needed to be effectively prioritised to give council officers a 'fighting chance' of completing them.

“Our financial state is well enough reported in the press, we don't have to go into committee to say there is a reasonable amount of debt sitting there,” he said.

“When we look at the list of projects, we are sitting with £30 or £40 million of projects on this list and there is a huge amount of work has to be done.

“I do think we need to try and prioritise what we have. It doesn't make much sense to go into elections after four years and the only thing we've been able to do is put a project on a list.

“We are going to have to find a way of slimming down what we expect officers to be working on and that we maybe limit the number of projects coming through to give officers a fighting chance.

“We do some fantastic stuff, but you get depressed when you see the likes of Coleraine Leisure Centre sitting there for ten years.

“As councillors we're going to have to take decisions on what is on that list and how to police it moving forward,” he added.