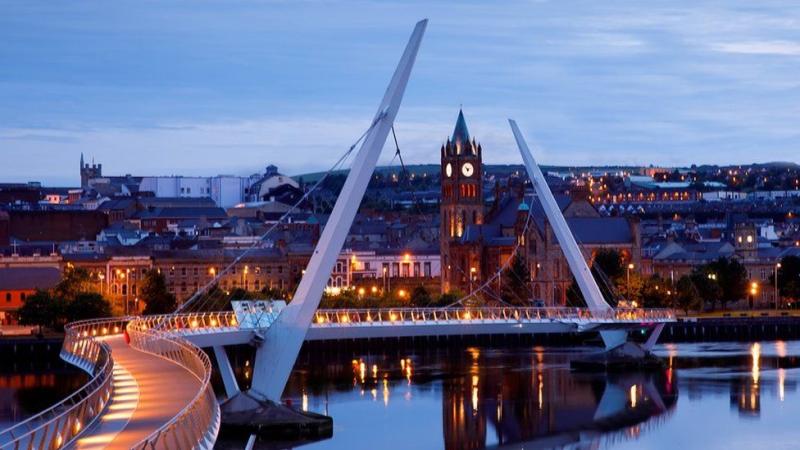 A surge in Derry city's postal areas of BT47 and BT48 have seen Covid case numbers in the county almost double over the last seven days.

A total of 282 cases of Covid-19 were recorded across County Derry's postal areas last week, with a combined 249 identified in BT47 (Waterside) and BT48 (Foyleside).

The total makes up 88% of all cases recorded within the county, with Limavady, who had recorded zero for two weeks in a row, the only other area to see a rise (+3). 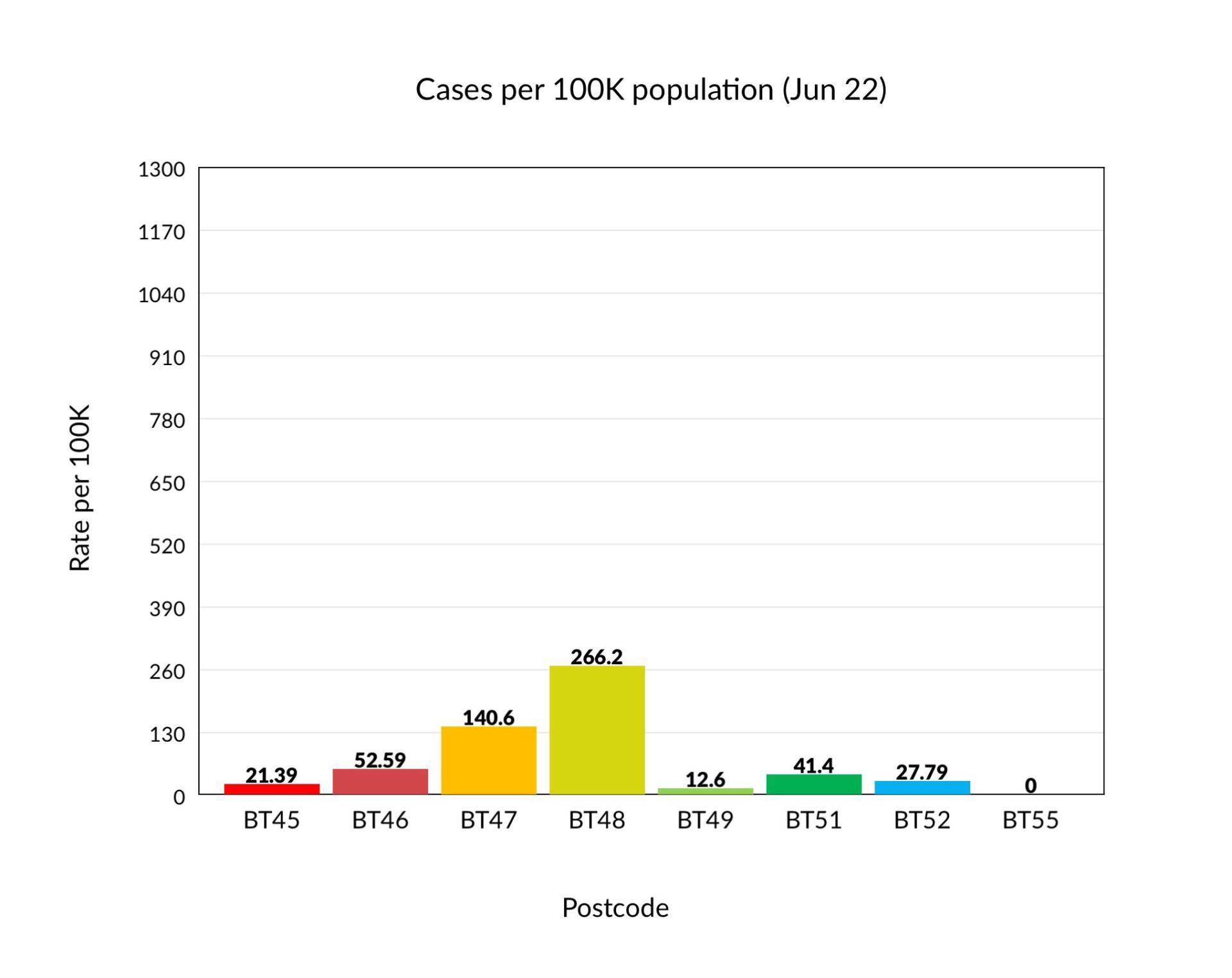 15% more tests were carried out across Derry over the last week in comparison to the previous seven days, while the number of cases has risen by 93.2% alongside this.

Portstewart (BT55) saw a welcome return to its usual levels, reporting no cases of the virus over the last week, while decreases were also evident in Magherafelt (-20%) and Maghera (-25%).

A 50% drop was recorded in Coleraine, while Garvagh's case numbers remained the same as last week, with 11 new cases identified. 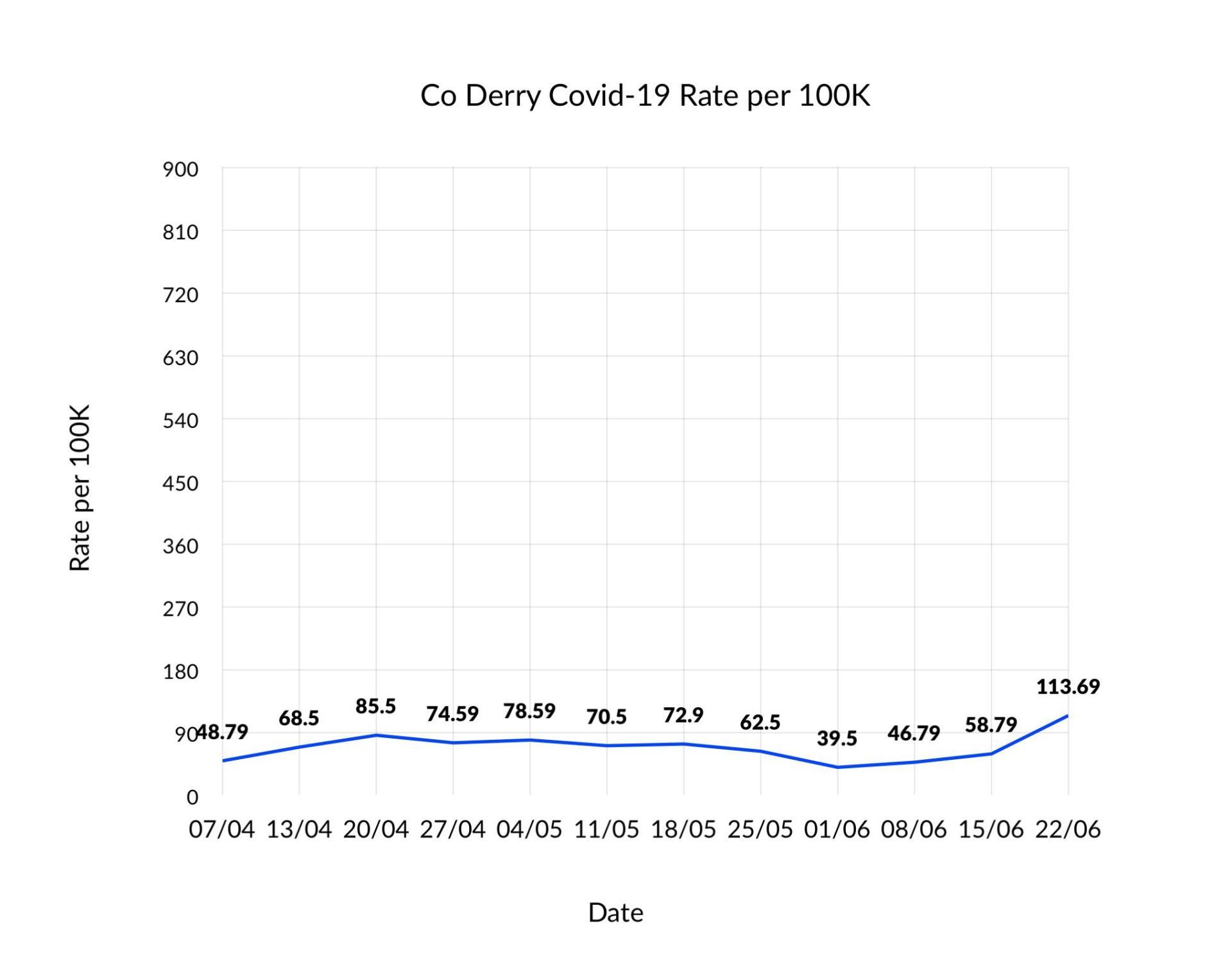 BT48's figure of 266.2 is the second highest in Northern Ireland, while BT47 is ranked fourth. All Derry's other postal areas have recorded a rate of just double figures, with BT55 at zero.

For the fourth week in a row, there have been no more deaths in the county's local government districts, while the number of inpatients has also remained mostly static.

There are currently two Covid patients in Altnagelvin Hospital, none at Antrim Area Hospital, and just one at Mid Ulster Hospital, a reduction from two this time last week. 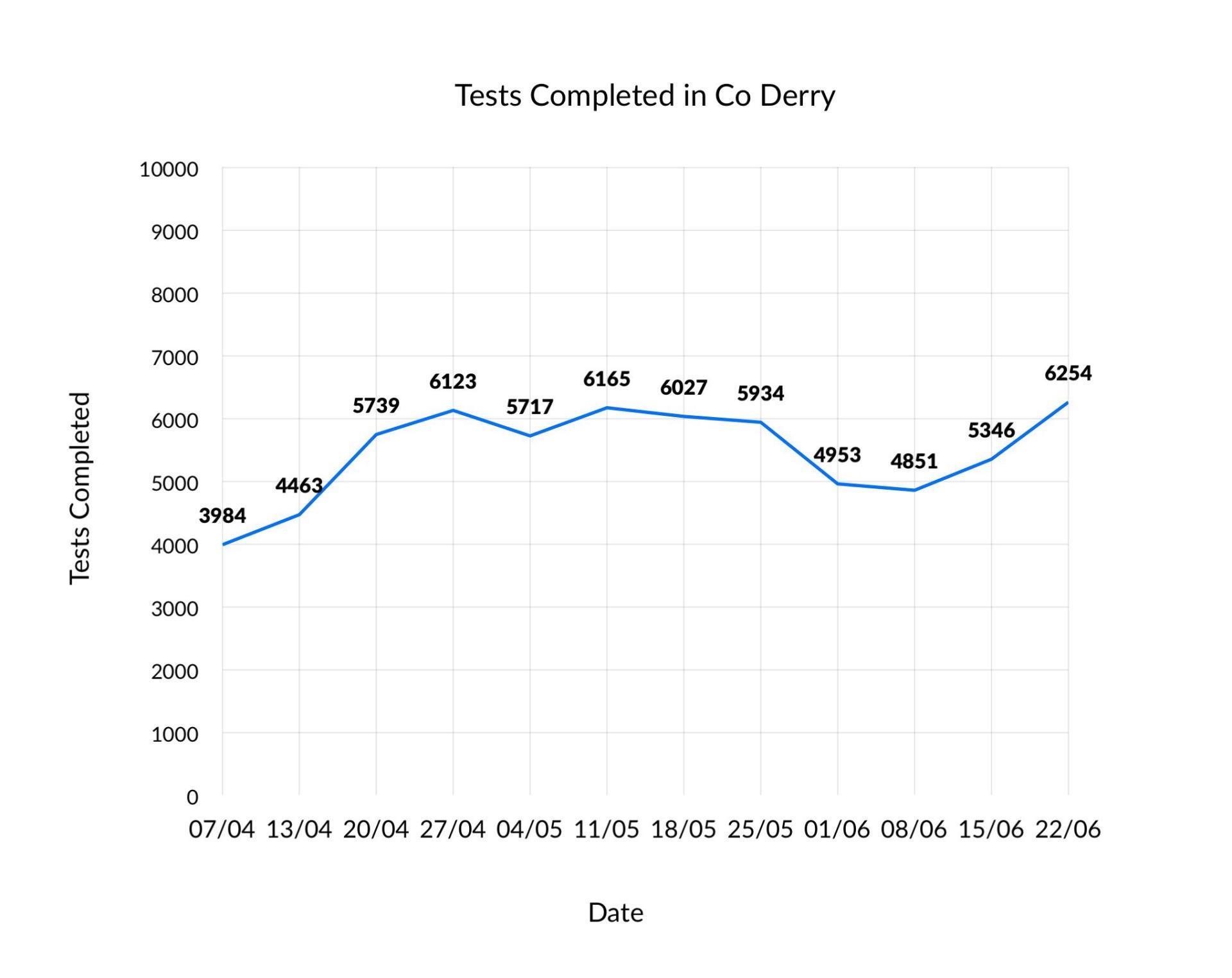 A mobile testing unit has opened in the Waterside area of Derry City in response to the rise in transmission, based in the ground of Glendermott Church at Church Brae.

Meanwhile, both Chief Medical Officers on the island of Ireland have issued a joint statement warning people not to put themselves at risk.

“The Chief Medical Officers (CMO) in Northern Ireland and Ireland, Sir Michael McBride and Dr Tony Holohan have today discussed the evolving profile of COVID-19 across the island,” they said.

“The CMO reminded people intending to travel across the border to be alert to the situation in the relevant areas and avoid activities which could place them or their families at risk of infection. 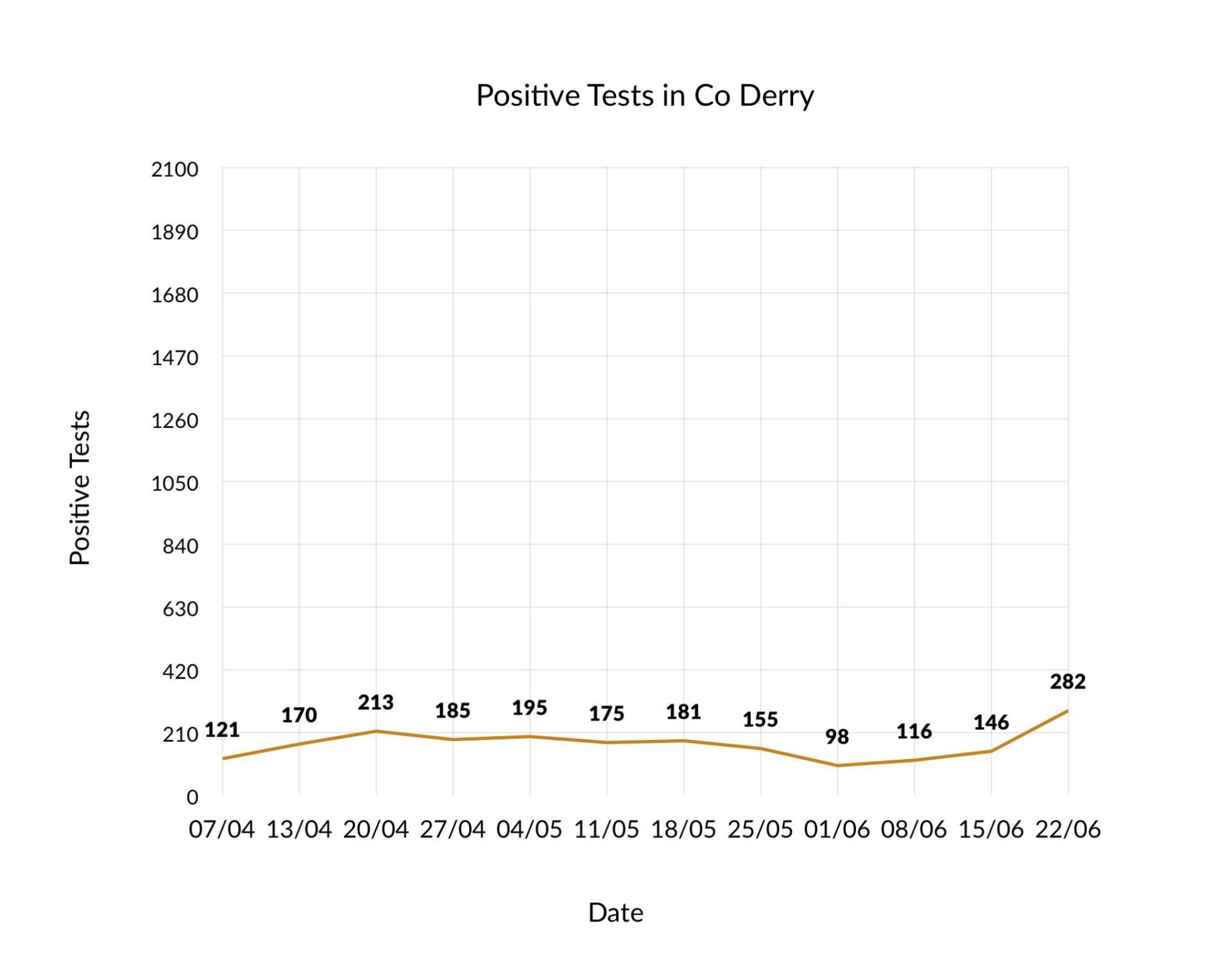 “In particular, the CMO's highlighted their growing concern with regard to the Delta variant and advised that everyone should remain careful and continue to follow the public health advice.

“Now is a time for continued caution in order to maintain the progress made to date in each jurisdiction, until more people are fully vaccinated,” the CMOs' statement added.

“People who are not yet protected through vaccination should remain extra vigilant, avoid crowds or large events, meet up with others outdoors where possible and come forward for testing if they develop any symptoms of Covid-19,” they concluded.

New mobile test centre has opened in the city

Facility will be based in Altnagelvin area of the city