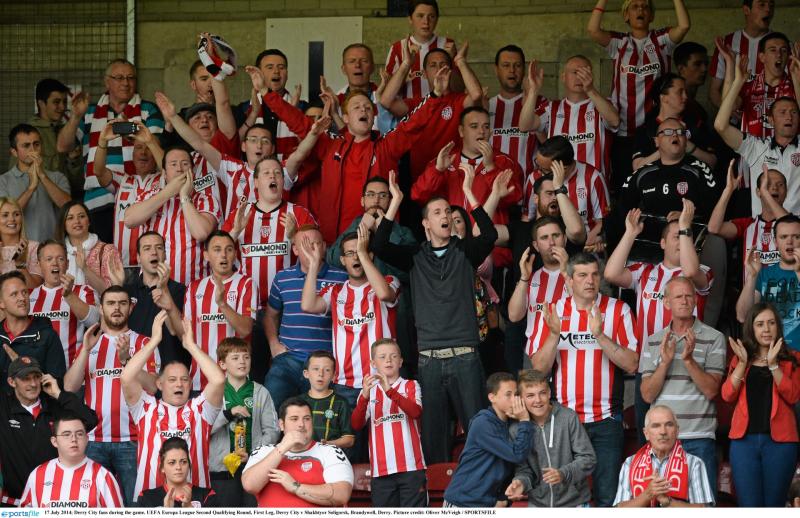 Up to 500 fans could be allowed to attend Derry City's next home match at the Brandywell on Monday night.

At present, the recent relaxation of the Covid restrictions in Northern Ireland means that a maximum of 500 people are allowed to attend outdoor sports event.

However, for the Derry City against Bohemians game at the Brandywell last Friday night, only 165 fans were allowed into the stadium.

Friday night's game was used as a 'test event'.

As a result, Barry O'Hagan, Head of Community and Leisure at the council, said they were 'hopeful' of the maximum number of fans under the current regulations being allowed into Derry City's next home against Sligo Rovers on June 21.

Mr O'Hagan was speaking yesterday at a meeting of the council's Health and Community committee.

A number of councillors on the committee had requested an update on the Brandywell attendance plans after being contacted by Derry fans.