The men, both 19, have also been fined on a number of offences. 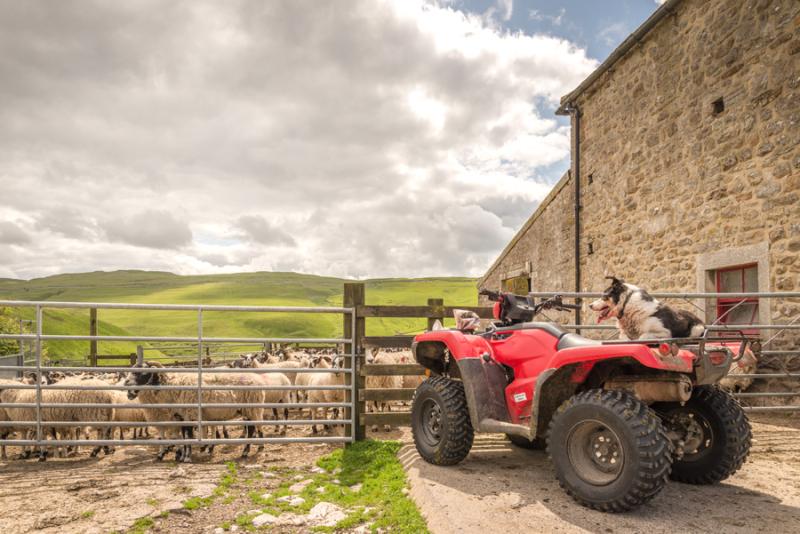 Two Maghera men have pleaded guilty to a number of motoring offences related to the use of quads on a public road.

Shane Convery (19), of Ballyknock Lane, Maghera, and Ryan McPeake (19) of Noones Vale, Maghera, were charged with failure to wear headgear, and having neither lights, insurance or number plates on their vehicles.

The court heard how police had been in the vicinity of Ranaghan Road when they noticed a light turning on and off at the crossroads with Fallylea Lane on February 19 2021.

On investigation they located and spoke to two men who were driving quads in the area. The driver of the first vehicle told police they were 'out for a spin'.

After inspection, police noted the front lamps were not working on vehicles, and had been replaced with LED lights on the first quad.

Neither of the men were wearing a helmet at the time of the incident and neither were able to produce insurance documents at the time.

The defendants later produced an email at the police station detailing insurance cover, but it was not sufficient for the quads to be driven on a public road.

Defence for the men said they were two neighbours who helped on family farms and had been tasked with searching for a cow that had broken loose from a field on the evening in question.

The pair had left the house during daylight, but by the time they had returned the cow to the field and were searching for gaps in the hedge, darkness had fallen.

The court heard both the men's parents were taking the matter seriously, and had now applied for number plates in the event the quads would need to be used on the road again.

Defence concluded it was unfortunate that what began as a good deed has ended in convictions for both men.

Judge Mullan issued both McPeake and Convery with a fine of £75 for no lights, £75 for no head gear, £200 for no insurance, £75 for no number plates and disqualified both from driving for three months.

The 50-year-old has been sleeping rough in Maghera.

Maghera man punched ex-partner while she was holding her grandson

The 18-month-old boy was unharmed during the incident.