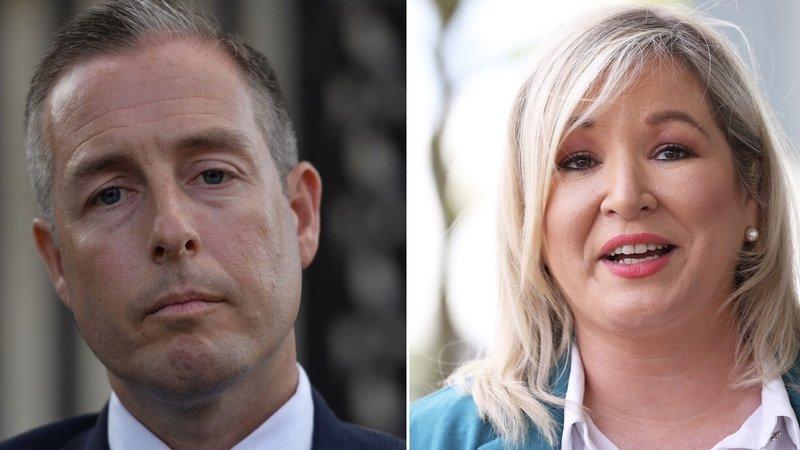 Edwin Poots is in the middle of another crisis just weeks into his time as DUP leader.

It follows his decision to nominate Paul Givan as First Minister today at Stormont despite strong opposition from within his party.

Mr Givan and Michelle O'Neill of Sinn Féin were installed as First and Deputy First Ministers at a special sitting of the Stormont Assembly.

However, senior members of the DUP had urged Mr Poots to delay nominating a new First Minister following Arlene Foster's resignation due to 'serious concerns' about the British government's decision to introduce Irish language legislation.

Mr Poots had written to the party's eight Westminster MPs and its Stormont Assembly team informing them that he would nominate Mr Givan to take up the post 'at the earliest opportunity'.

Despite the opposition from many of the DUP politicians, Mr Poots went ahead with the nomination today.

The BBC is reporting that the vast majority of DUP MLAs - 24 to four – this morning voted against Mr Poots nominating Mr Givan as First Minister at this time, during a meeting ahead of the special assembly sitting.

"What has been done today... shouldn't have been done and the vast majority of people believe that is the case," Mr Wilson told BBC Radio Ulster's Talkback programme.

Asked if he had confidence in Mr Poots, Mr Wilson said any leader 'should bring people along with them'.