Shantallow Health Centre car park to be relaid at a cost of £72,000 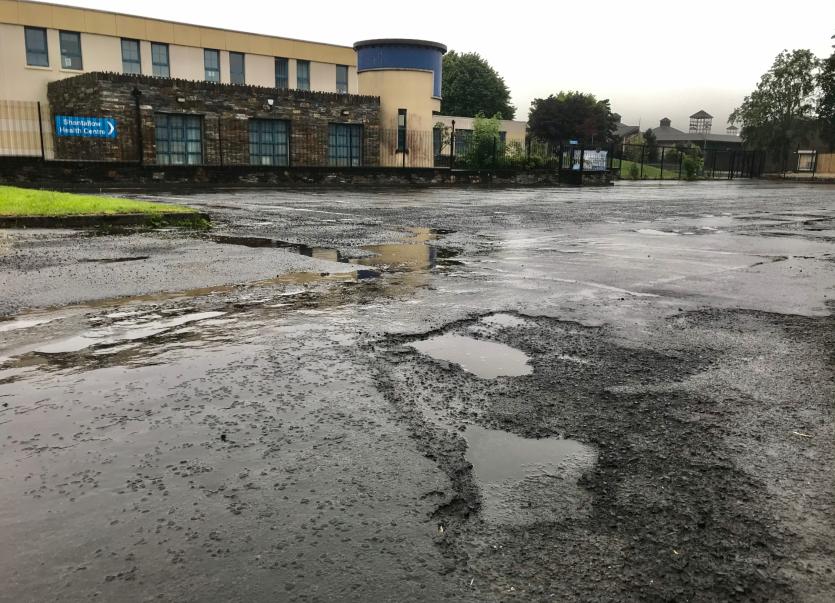 A local councillor today compared the car park at Shantallow Health Centre to the 'Grand Canyon' because of the large number of potholes.

Derry City and Strabane District Council agreed today to carry out repairs at nine car parks under its management, including the Shantallow car park.

When the council was established in 2015 as part of the Review of Public Administration, the local authority took on control of 31 off-street car parks from Transport NI.

A meeting of the council's Business and Culture committee was today told that an inspection was recently carried out on the state of the local car parks.

As part of the inspection, the car parks were rated as 'high, medium or low' based on the nature of the repairs needed.

Nine car parks, including the one at Shantallow Health Centre along with car parks at William Street and Simpson's Brae in Derry and the council-owned car park in Claudy, were identified as high, which means they require 'immediate action'.

The other five 'high' level car parks are in Strabane, Newtownstewart and Castlederg.

According to the recent inspection, five other car parks in Derry have been identified as 'medium' in terms of the repairs needed.

The report stated that these car parks were in a 'satisfactory' condition but do require some remedial works.

The other eleven car parks in the council area inspected were said to require 'no action'.

Councillors at today's meeting agreed to approve a budget of £316,980 from council reserves to cover the costs of the car park repairs.

SDLP councillor Rory Farrell said the initiative was 'very good news' in particular for staff and patients who use Shantallow Health Centre.

"That car park is in a particularly bad state of repair and it is reminiscent of the Grand Canyon so people are going to be happy when this remedial work is completed," he said.