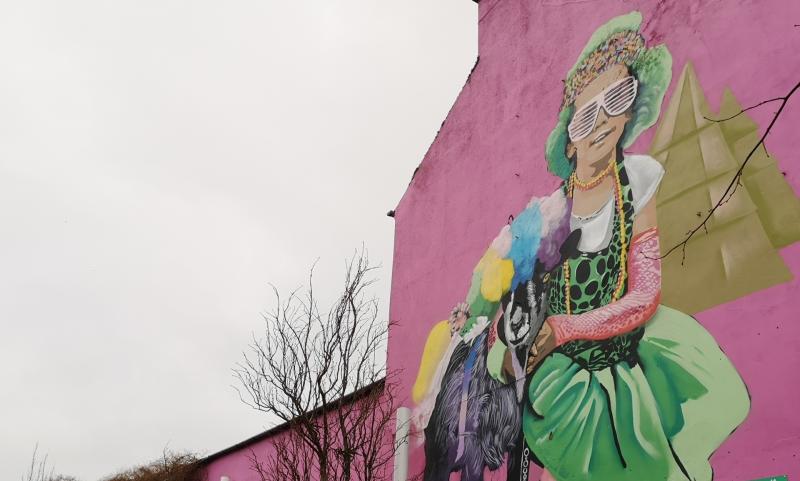 A County Derry town has recorded no new cases of Covid-19 for the second week in a row, despite increases in almost all of the county's postal areas.

No new cases of the virus were identified in Limavady's BT49 postal area for the second week running, despite the county's rate per 100,000 rising again.

The town was one of just two postal areas where a rise in cases was not recorded, with Portstewart's rate also dropping from 158.3 to 24.4 after last week's surge in cases. 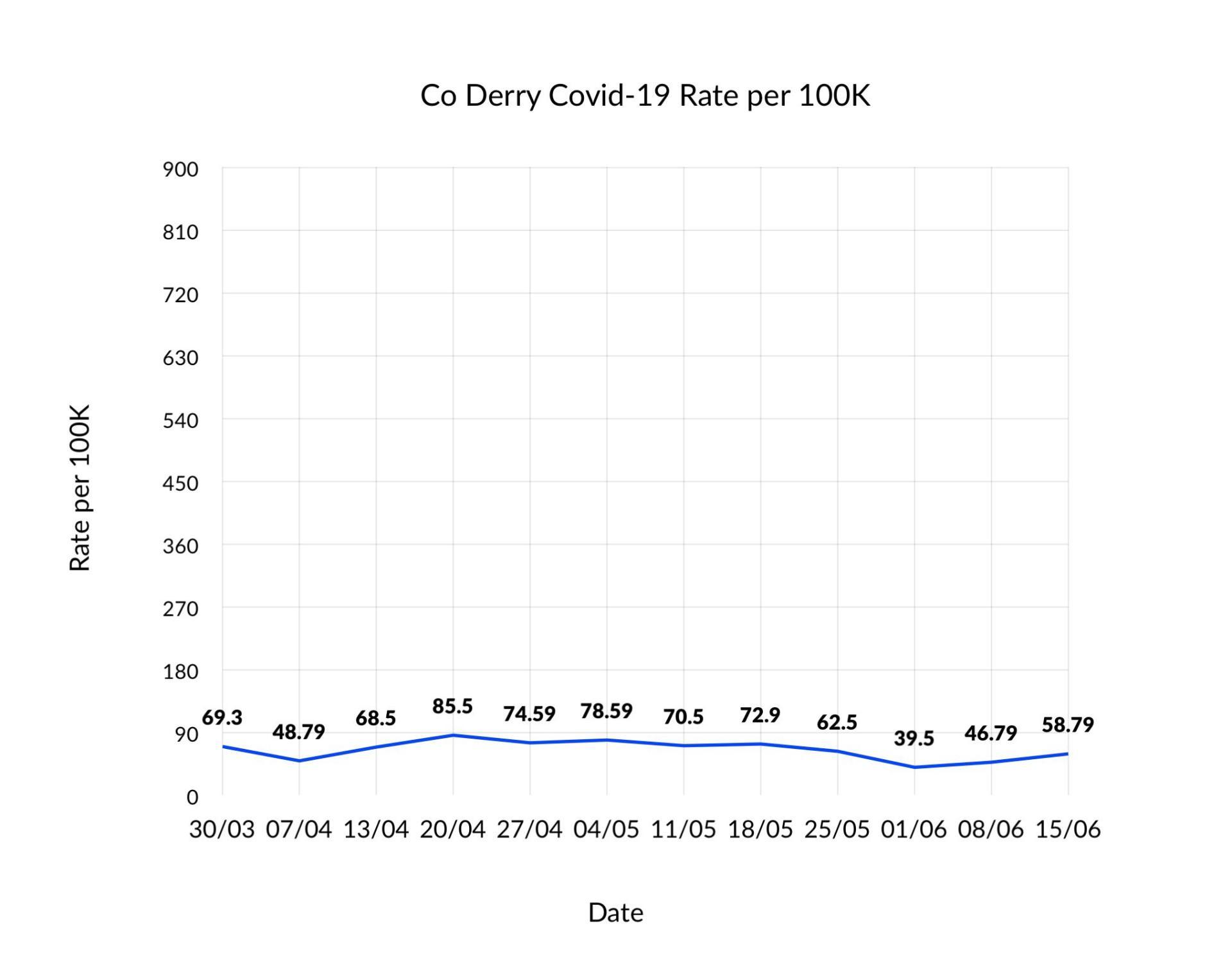 The percentage of people testing positive within the county last week was 2.7%, almost double the overall NI rate of 1.5%. 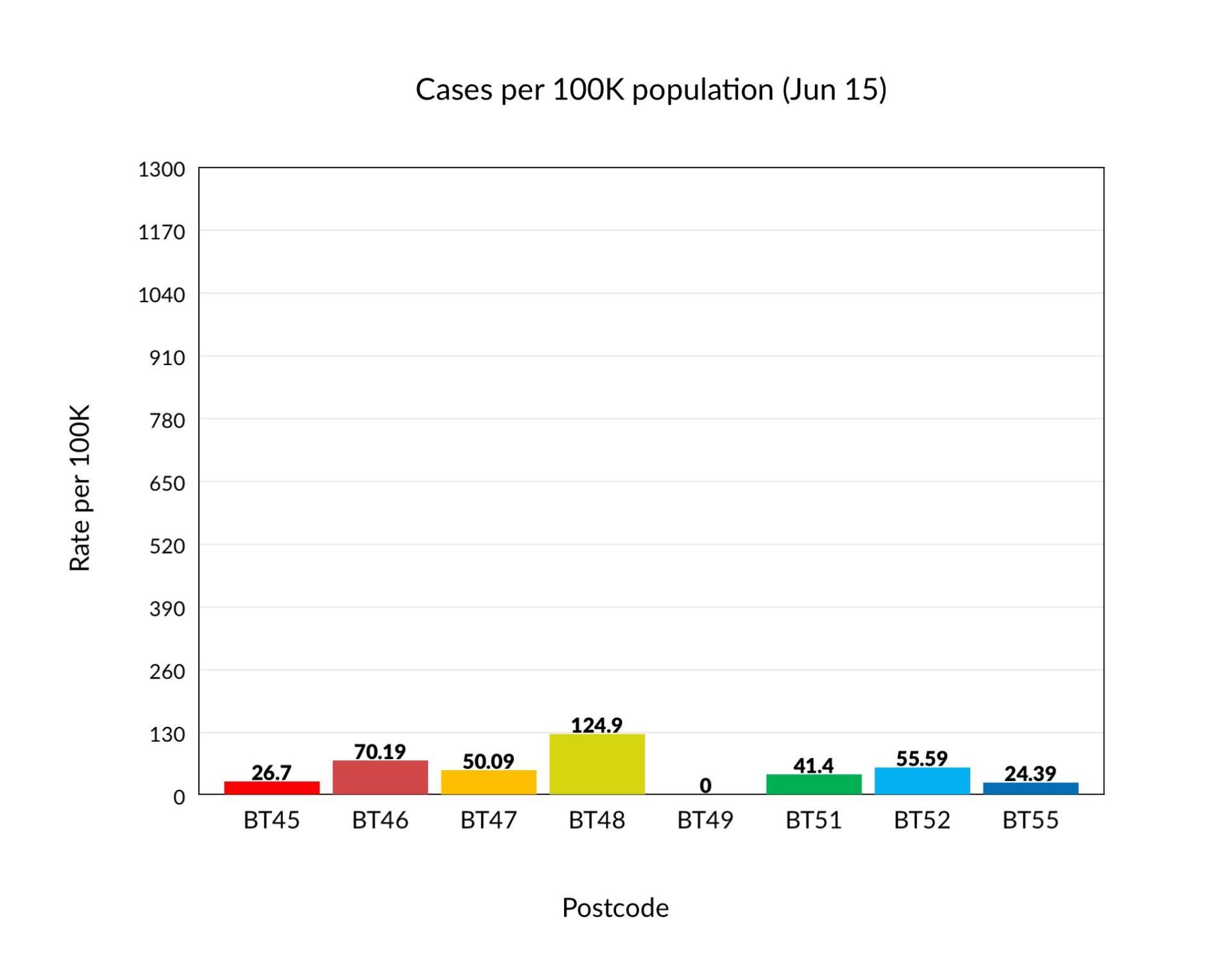 For a third week in a row, no deaths have been recorded across County Derry's three local government districts. Just one death has been recorded in the county's three councils over the last five weeks.

The number of patients in the county's hospitals has also fallen. There are no Covid patients at Antrim Area Hospital, while there are just two apiece in Altnagelvin and Mid Ulster Hospitals.

1,090,693 people have no received their first Covid vaccine, representing 58% of the NI population, while 710,121 have received their second, meaning 37% are now vaccinated. 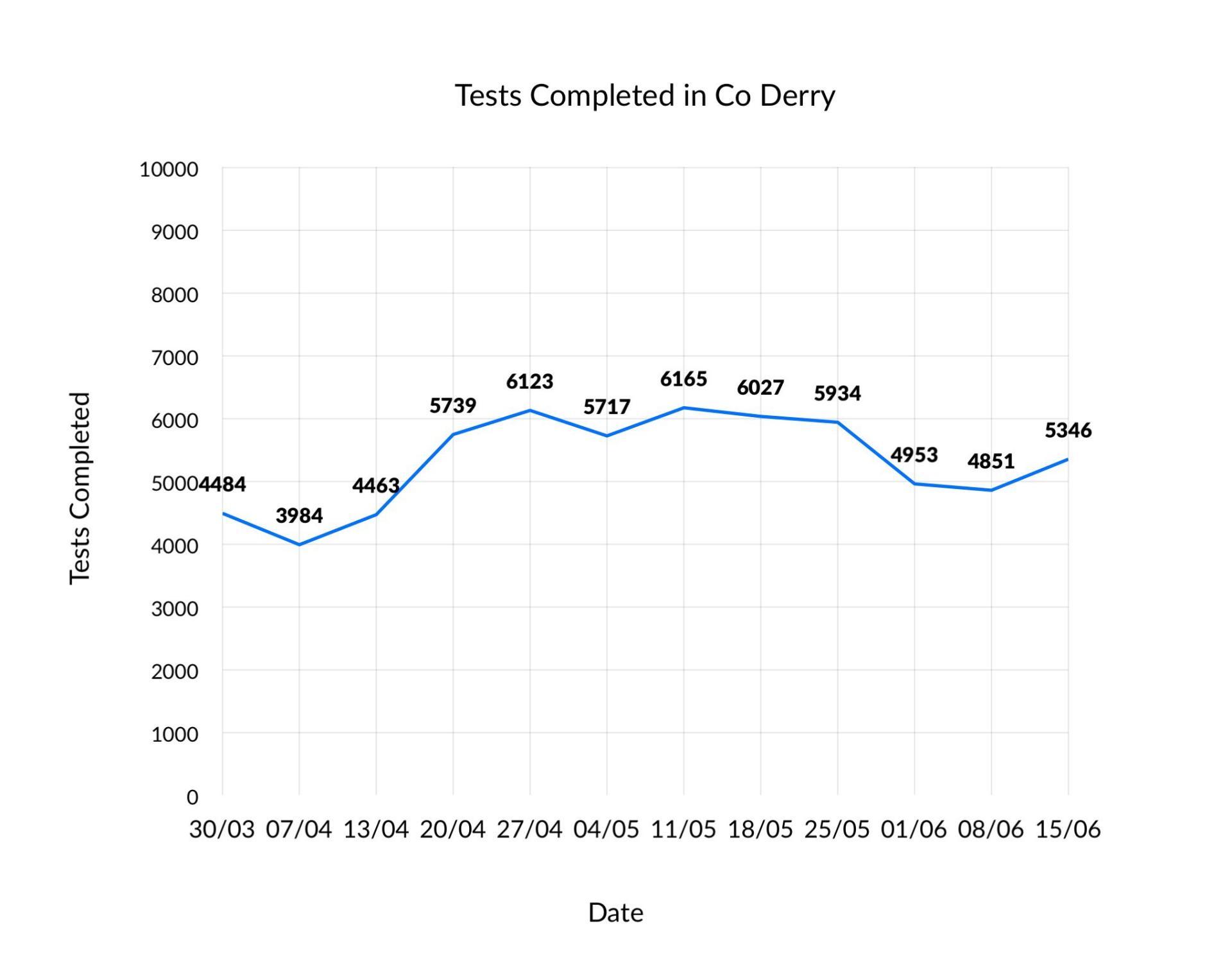 Meanwhile, Health Minister Robin Swann has said that although the Delta variant is spreading, the public can avoid a winter surge by following 'tried and tested' public health advice.

“This is not inevitable. There are many uncertainties and we are far from powerless,” he said.

“We need a sustained effort in the coming weeks to stop the virus spreading. Our actions now will have a crucial bearing on how the situation develops. 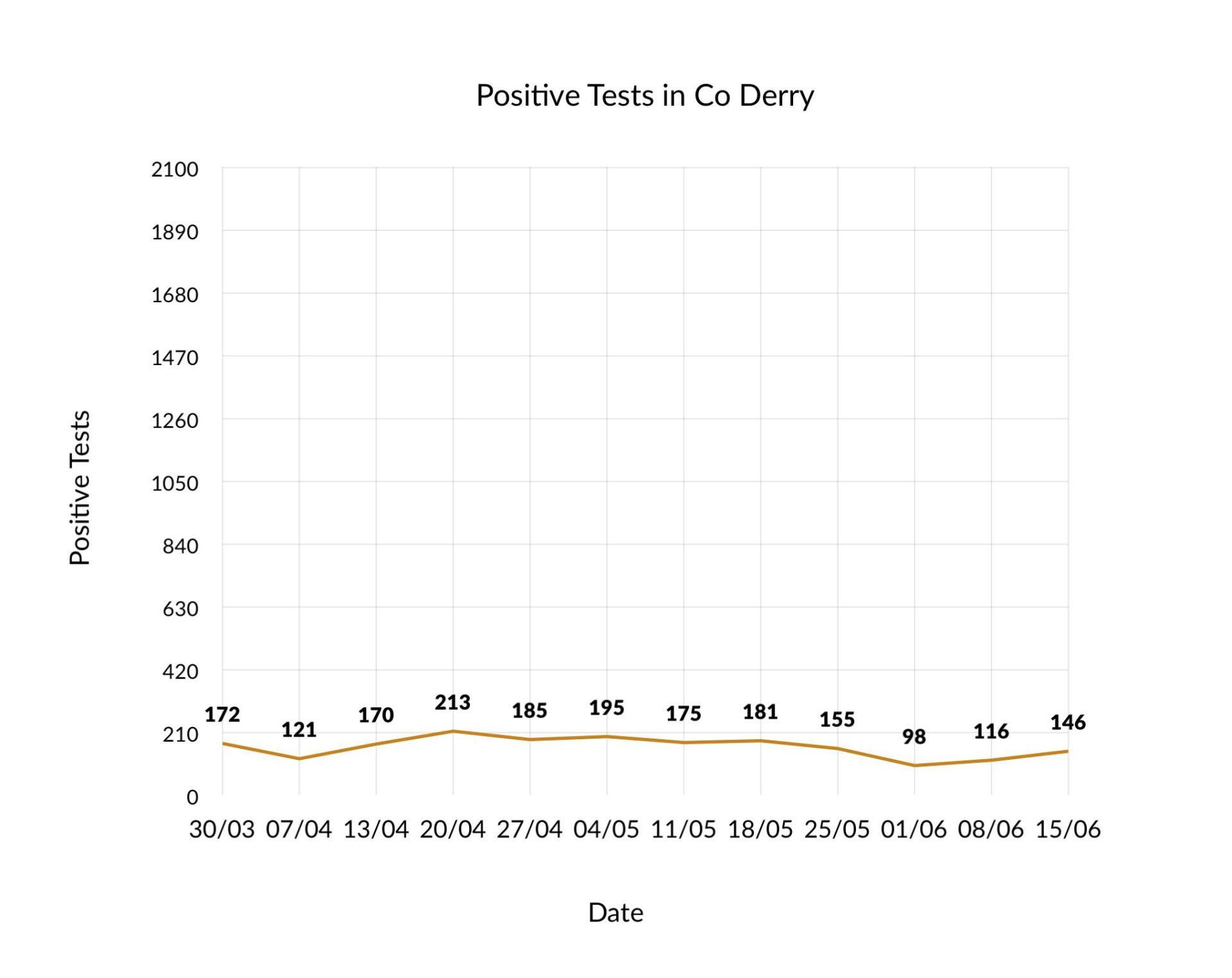 “The emerging evidence indicates that getting fully vaccinated with both doses is very important in terms of protection from the Delta variant.

“Alongside vaccination, we must all keep following the basics – hands, face, space and fresh air. Social distancing, face covering and hand washing are as vital as ever.

“Get both vaccine doses and follow tried and tested public health advice to stop the virus spreading. This not a time for either complacency or alarmism. Caution must remain our guiding principle.”

LIFE IN LOCKDOWN: Shoots of hope in Limavady

The town is showing some signs of recovery from Covid's assault on businesses.
ADVERTISEMENT - CONTINUE READING BELOW