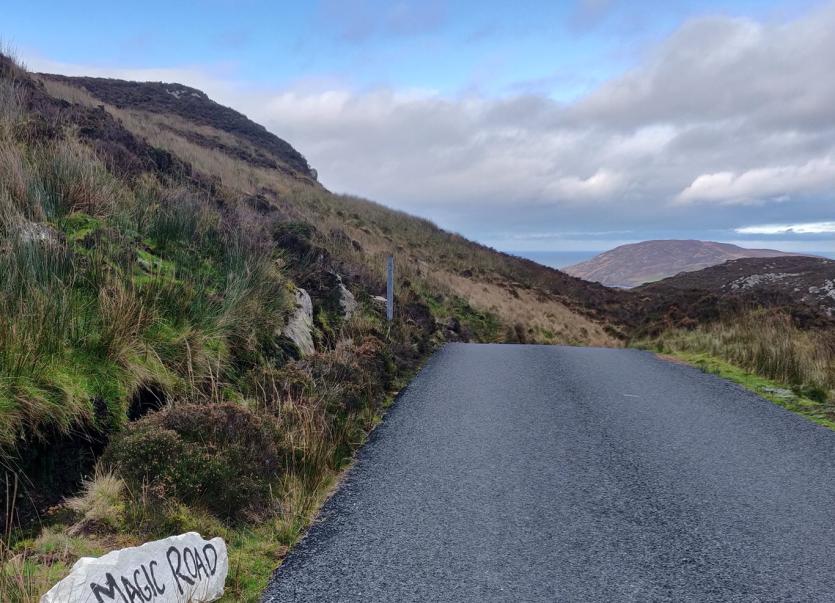 For as long as time can remember, Inishowen just across the border from Derry, has been a popular destination for those from the city.
During the 1950s, thousands would have boarded Lough Swilly trains and buses to visit popular seaside resorts such as Buncrana and Moville.
But, as the car began to take over, people sought out further destinations of a region that has some of Ireland's most stunning landscapes – Malin Head and sandy beaches at Culdaff, Ballyliffin and Kinnego to name but a few.
One of the most popular destinations is Dunaff Head which many go to via Mamore Gap, a steep, narrow and winding road isn’t easy to traverse on foot or by bike.
Once a site of Catholic pilgrimage, the Gap is a pass that takes you through the Urris Hills from Dunree in the south to Urris in the north.
Driving from the south, it’s a steep climb to the summit but once you’re at the top, the road gives way to a winding alpine descent towards Dunaff Head and the Atlantic Ocean.
The Gap, for a long time was the only connection between Urris and Buncrana. Right after passing the very top of the pass a incredible panorama presents itself, best enjoyed from a small parking bay opposite a holy well and a statue of Our Lady.
The route offers some of the most stunning views along the most northerly part of the Wild Atlantic Way.
However, Derry motorists are becoming enthralled with the route since it has become known as Donegal's 'Magic Road' – on which, when the handbrake is let off, foot taken off the brakes and the car put out of gear it rolls back up the hill. A white stone on the side of the road with the words 'Magic Road' marks the spot it happens on the Gap.
One Derry man who experienced the sensation said: “I couldn't believe it. We stopped, knocked off the engine, took my foot off the brakes and let off the handbrake - and the car rolled back up the hill - itwas unbelievable.”
However, a ‘Magic Road' or ‘Gravity Hill' is actually an optical illusion.
Eimear Flanagan, a tour guide with Away A Wee Walk, explained: “It’s an optical illusion. Because of the lay of the land around the area, and you’ve hills all around at 360 degrees, everything about that hill looks like its downhill but water always runs downhill so it is actually just an optical illusion.”
“If you take out a bottle of water, and pour the water onto the road it’ll appear to flow up the hill.”
Magic roads can also be found in the Mourne Mountains in Co Down and behind Ben Bulben in Co Sligo.