City was one of winners in the Ulster in Bloom competition 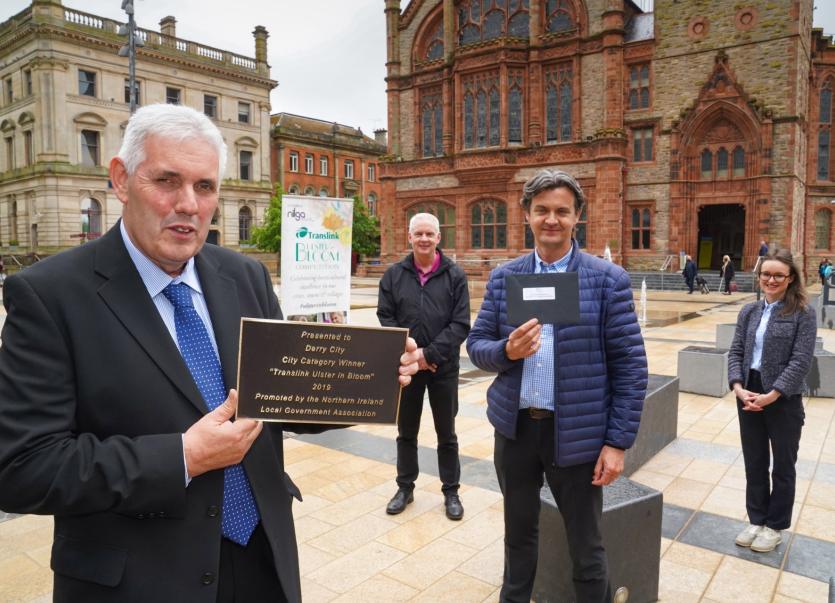 Derry City and Strabane District Council’s Grounds Maintenance and Street Cleansing teams have been recognised yet again with the top prize in the ‘City’ category of the Translink Ulster in Bloom awards.

The winners of the 2019 Translink Ulster in Bloom Competition were officially recognised at special award presentations across Northern Ireland that had been delayed due to the COVID 19 Pandemic.

The competition was judged over the summer of 2019 and attracted 142 location entries from local councils, community groups, bus and train stations.

Streetscape Supervisor William Ferguson accepted the award in Guildhall Square this week on behalf of the teams who were congratulated on their success by Mayor of Derry City and Strabane District Council, Alderman Graham Warke.

“I would like to congratulate the Grounds Maintenance and Street Cleansing teams on this prestigious title which is just recognition for their dedicated work in presenting our City and District in the best possible light,” he said.

“The floral displays and plants around the Council area have looked resplendent this year, providing a bright and welcoming backdrop for the public during the challenges of lockdown.

“Council’s plant and floral presentations, grass cutting and cleansing regimes are also a key element to the physical and environmental regeneration of our region set out in our Community Plan.”