Caitríona's multi-instrument talent caught the eye of the producers. 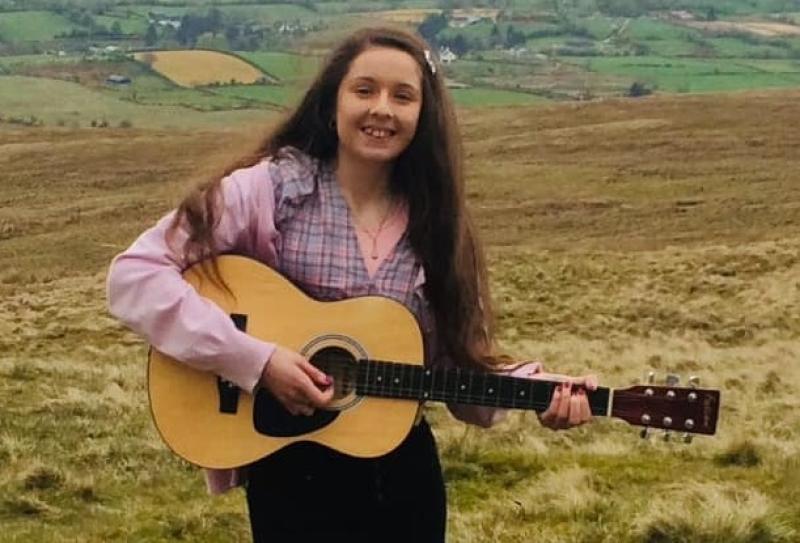 Caitríona on Slieve Gallion with her guitar.

A County Derry teenager is to appear on a TG4 talent showcase after judges were impressed by her multi-instrument talent.

Caitríona Lagan, from Castledawson, submitted her audition video after seeing an advertisement online for Cruthaím, a TG4 programme which gives young Irish speakers a voice to express themselves.

The 14-year-old says she enlisted the help of a friend to help her brush up on her Irish skills. 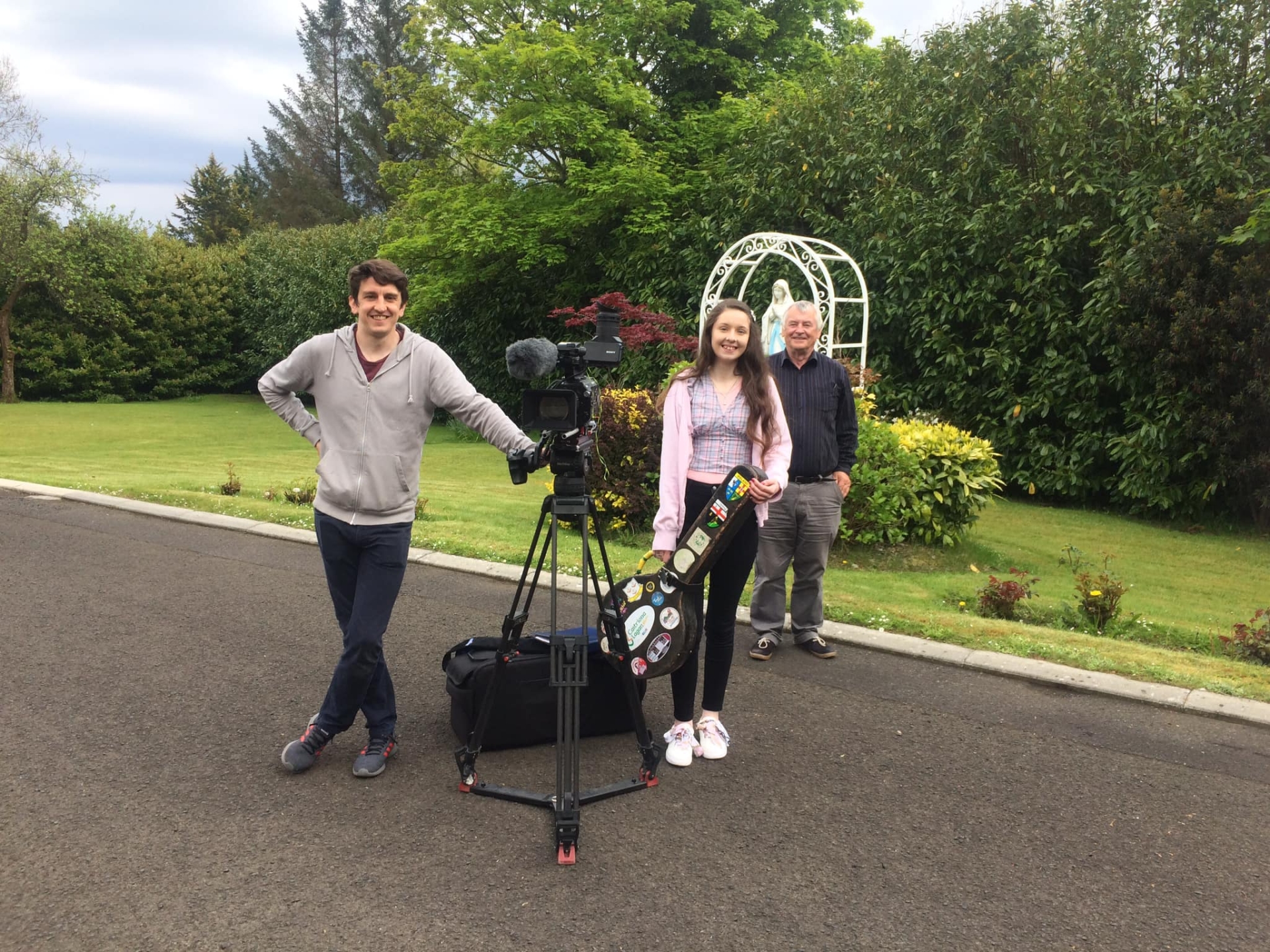 Pictured with the TG4 film crew in Magherafelt.

“I saw the post online asking to audition by sending in a few videos of you playing, so that's how I found the TV programme was looking for people,” she told the County Derry Post.

“I was a bit nervous, because I don't speak Irish fluently, but we went to a friend's house – Máire Darragh - to help with the Irish speaking part of the video.

“I recorded that the next day and then used an app to put the two clips together and send it off.”

Mum Roisín said the judges had been impressed by her ability to play multiple instruments and the pair were thrilled when they got a response a few weeks later.

“Initially, the video had to be 30 seconds and then she had to talk in Irish with a wee bit of music,” said Roisín. 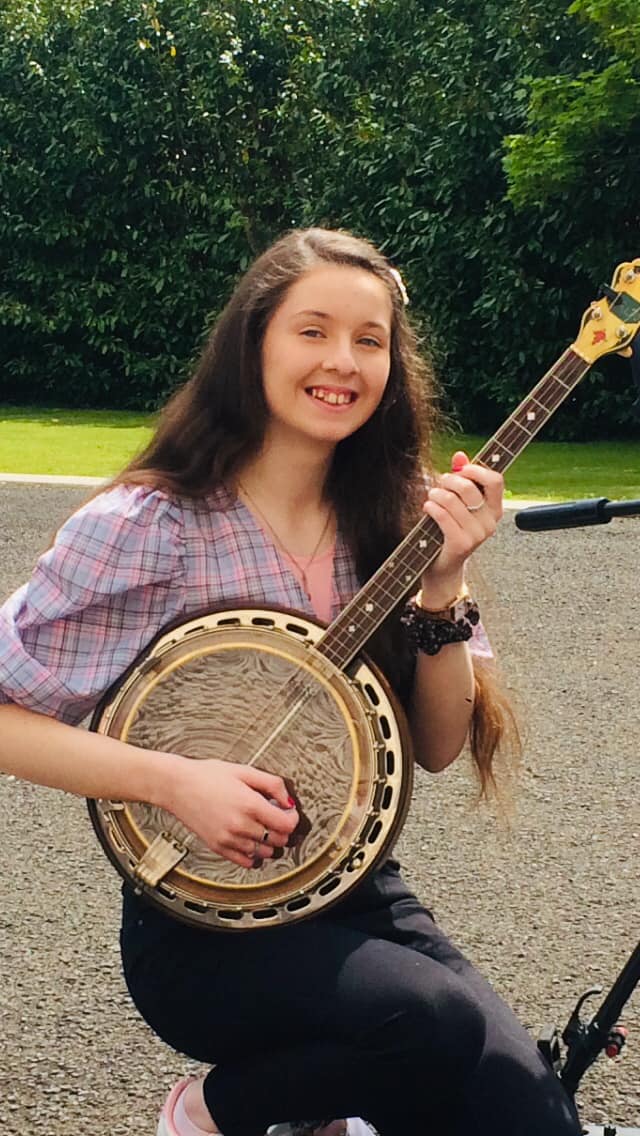 The teenager's wide array of instruments includes the banjo.

“She made the initial 30 seconds in April time and about three weeks later, they got back to us to say they'd chosen Caitríona to represent County Derry.

“They were impressed with her talent and loved the video she sent with the five instruments.”

In search of a suitable location in which to record the video for her TV appearance, Caitríona and mum Roisín enlisted the help of the local parish, who offered the use of the hall.

“Caitríona had done a charity session before, so we contacted the parish. and they said it was no problem,” said Roisín.

“On the day, the camera man had said he would have liked somewhere outside. It was a beautiful day and Fr Gates [parish priest] agreed to let us use the grounds over at the parochial house.”

The diversity of Caitríona's instruments meant the filming for her video took a little longer, and the crew spent almost six hours filming her at a number of locations.

“We had to go up the mountain and it took about 20 minutes just to get there. We filmed a load of different clips on it,” said the St Pius X College, Magherafelt student.

“It was good craic. I think they said it was the longest recording that they did. Everyone else's was only two or three hours, but mine was a lot longer. 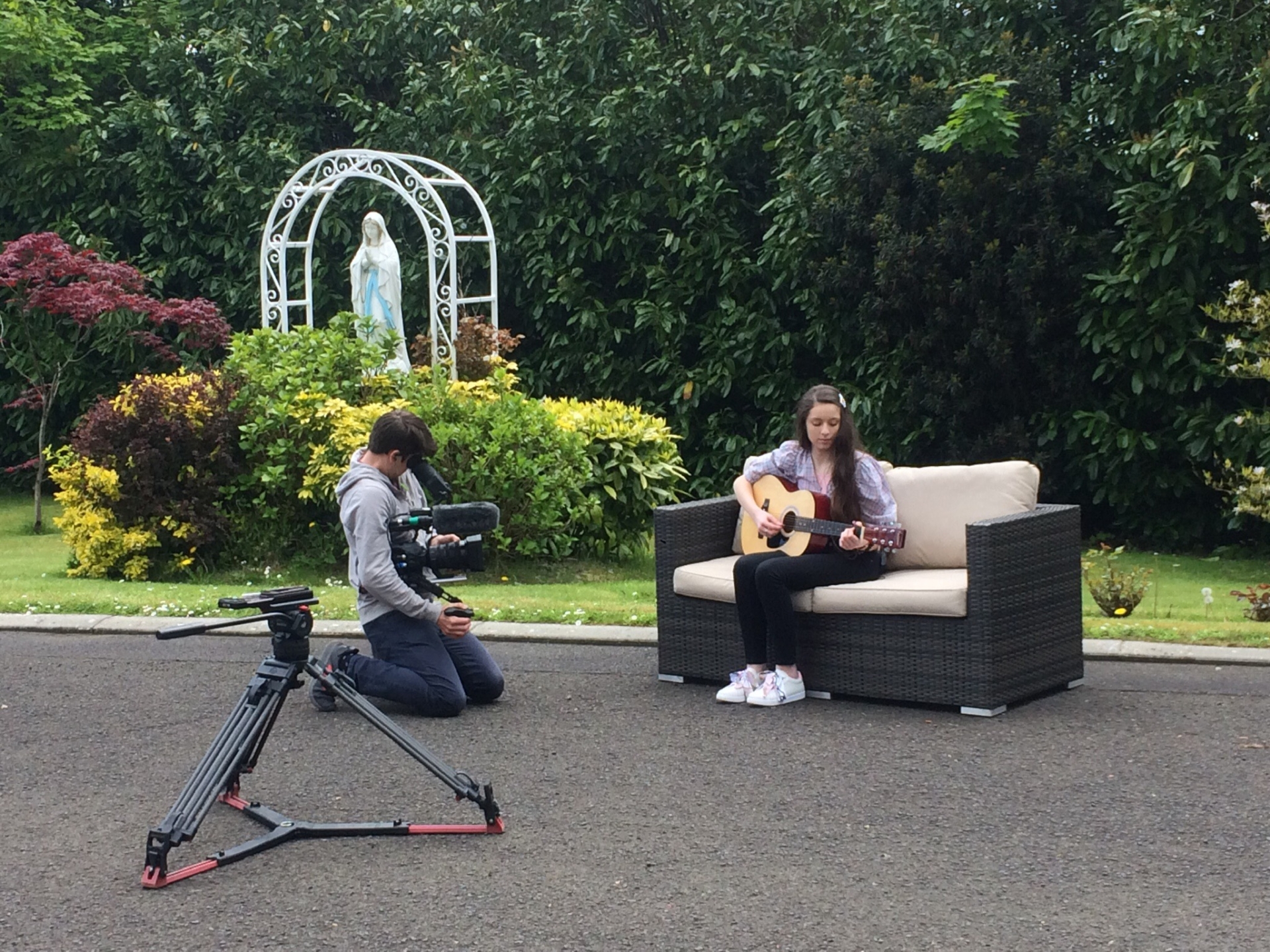 Caitríona during filming at the parochial house in Magherafelt.

“It actually flew, I had a lot of fun. I didn't even realise until I looked at the time that five and a half hours had gone by, because it was fun.”

With the video being aired at 3.45pm, Caitríona may actually miss her TV debut while on the way home from school, but thankfully all the clips will be available on the Cruthaím YouTube channel.

Getting to represent her county, while appearing on TV for the first time, will be a proud experience for Caitríona.

“I feel very proud, because I'm the only one getting to represent Derry,” she said.

“My friends were a bit shocked when I told them. It's my first time being on TV. I don't think it will feel real, but I'm really excited for it.”

The Castledawson musician displayed her full range of instruments.