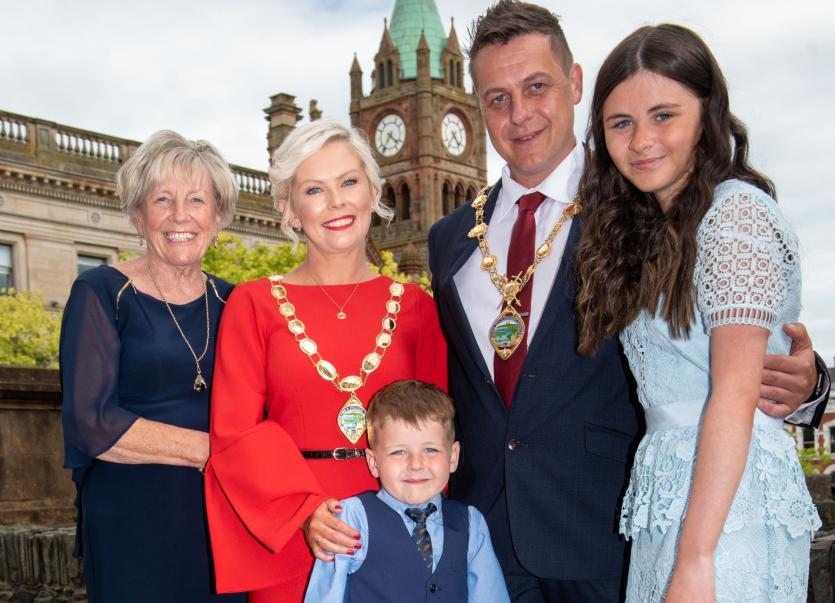 Graham Warke pictured with his family.

Taking over the job from SDLP councillor Brian Tierney, Alderman Warke said he was deeply honoured at being chosen as Mayor and promised to travel the length and breadth of the council district to visit communities and meet new people.

He said his number one key objective was to work towards the promotion of the region and to lobby for investment in infrastructure to assist with the recovery of the region.

He said the City Deal and the investment at Magee University were key drivers to the success of the local economy.

Alderman Warke was co-opted as a DUP Councillor on to the council n 2015.

He was elected to represent the Faughan area of Derry and Strabane District Council and topped the poll when he was  re-elected in 2019.

His partner Tracy, will be taking the role of Mayoress.

The new Deputy Mayor is Sinn Fein councillor Christopher Jackson (pictured below with his family). 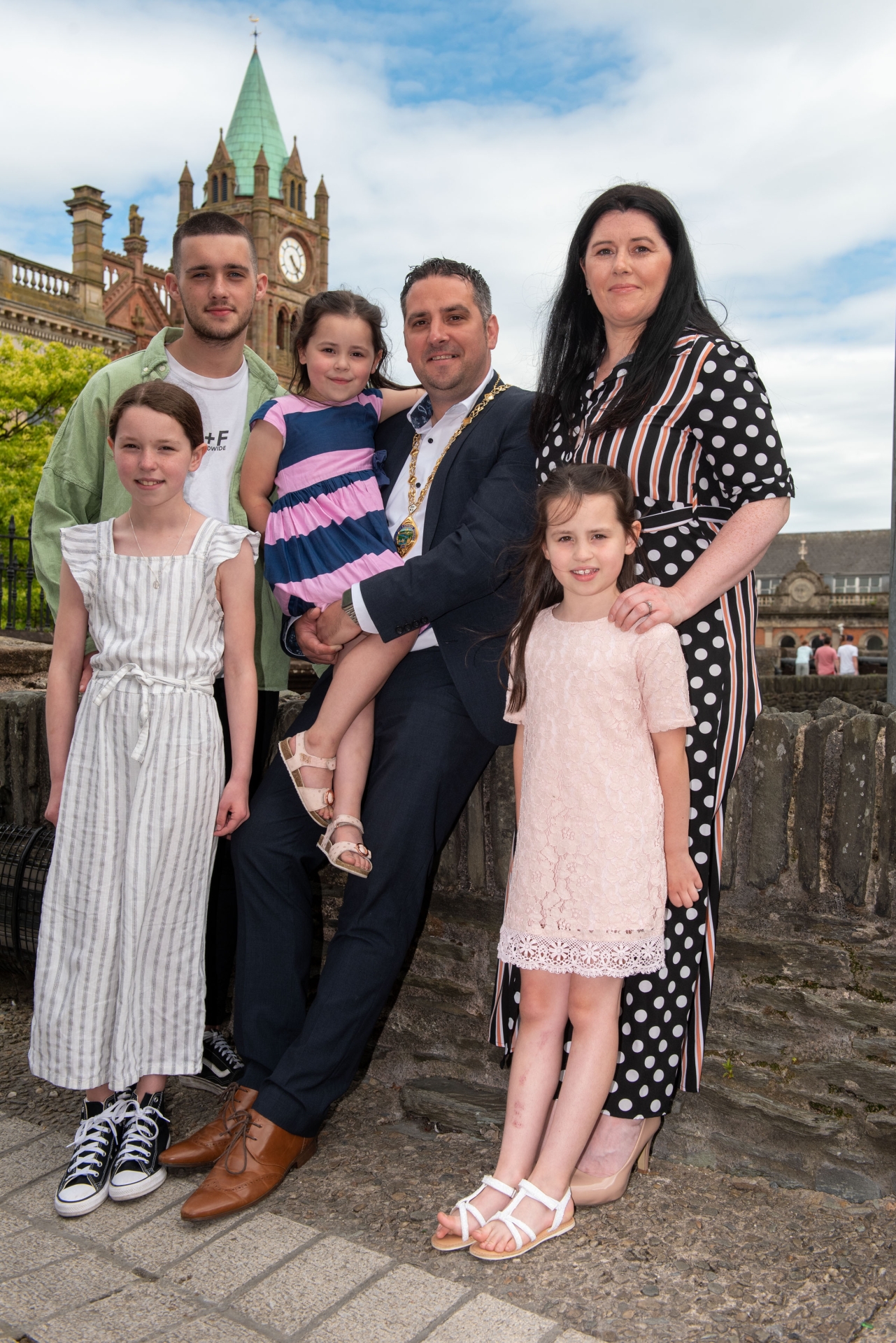 In his acceptance speech, Cllr Jackson also spoke of his hope for the future and the importance of working to embrace a city and district of opportunity for young people with more jobs, more social and affordable homes and more money in the pockets of workers and families.