The DUP opposed the motion. 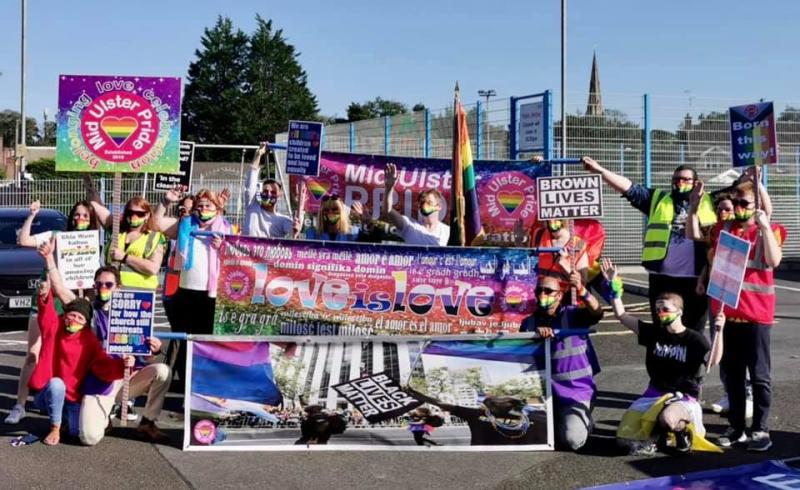 A local council has passed a motion to support and recognise the work of the LGBTQ+ community within Mid Ulster.

The motion, brought by Sinn Féin councillor Córa Corry, sought to acknowledge the work done by the community and welcome the beginning of a process to ban the practice of conversion therapy in Northern Ireland.

It further called on the Minister of Health to address what it called 'serious deficits' in healthcare services for transgender individuals and ensure sex and relationship guidance in schools is inclusive.

The SDLP spoke in support of the motion at last week's full council meeting, but there was opposition from the DUP.

Cllr Anne Forde said that although they do not support conversion therapy, a balance should be sought to protect religious freedoms.

"The DUP believes discrimination against someone on the basis of their sexual orientation is totally wrong," she told the meeting.

"We do not support conversion therapy and are clear no one should be forced into any treatment against their will.

"In equal measure, we believe there must be a balance between safeguarding against dangerous practices and any attempt, deliberate or otherwise, to restrict freedom of religious belief.

"Debate on this very important issue has become conflated with efforts to restrict these freedoms and constrain legitimate activities which cannot reasonably be deemed to be conversion therapy."

The motion passed, with 25 voting in favour and 9 against. The UUP group on the council abstained from the vote.

Cllr Corry said she was delighted the motion had passed, but expressed disappointment at the UUP's abstention.

"I was hopeful that they would have supported the motion as it was their party who had brought the motion on so called ‘conversion’ therapy to the assembly," she said after the meeting.

"That being said, as the motion passed Mid Ulster Council can go forward to play our part to end discrimination, that we are committed to equality, respect and human rights for all in our deeds and words.

"Many people have moved from the North to other places as they feel that they cannot be who they are here. That is what is truly shameful and cannot be allowed to happen any longer," she concluded.