A UUP motion to reconsider the policy on Irish signage nameplates was defeated. 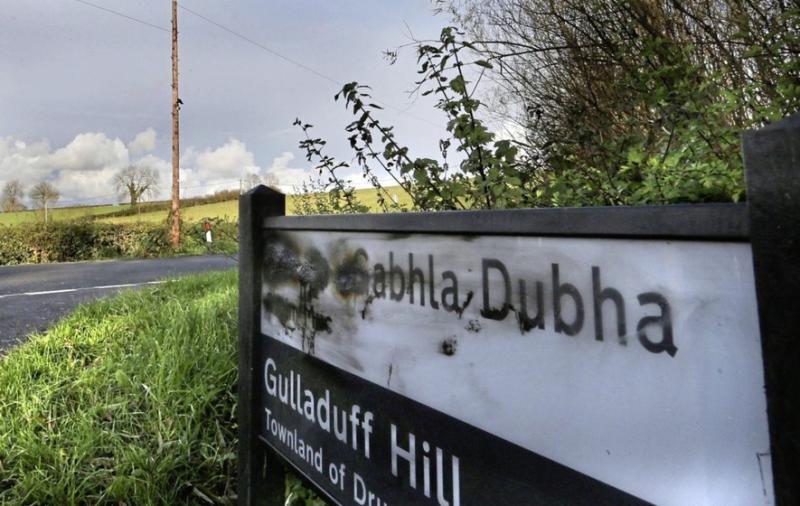 Some of the signs have been vandalised in recent months.

A UUP appeal for a local council to reconsider its position in placing Irish above English on placename signs within the area has been branded a 'complete nonsense' by one Sinn Féin councillor.

Over recent weeks, the council have discussed the issue of signage, with UUP councillor Meta Graham calling for an 'English first' policy at a committee meeting last month.

She told this month's meeting that nobody was listening to unionist concerns.

“We live in a diverse society and everyone coming to live in Northern Ireland speaks English to some degree. It is confusing to not have English placed properly,” she said.

“The reality is that it causes tension, division and bad feeling among people who previously lived in relative harmony.

“Every time it is brought up, we have a vote, and every time we are out-voted. I would like our nationalist colleagues to actually hear what we are saying and asking, and not just vote us down again.

Sinn Féin councillor Sean McPeake, however, citicised the latest motion to come before the council.

“On reading the wording of the motion and listening to what has been said about Irish being something that is threatening, it simply needs to be called out for what it is,” he told the council.

“This is complete nonsense. It demonstrates both an inability to tolerate the language itself and to understand the rationale and need for minority language policies in the first instance.

“Irish is a minority language, under threat, and that's why specific measures are needed to protect the language.

“I don't think anyone would believe the English language is in any way being threatened with extinction.” 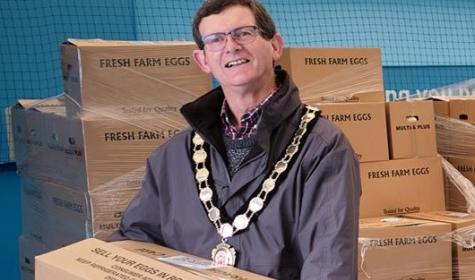 SDLP councillor Martin Kearney disputed a claim by Cllr Graham that everyone in the council used English as their first language.

“Within Mid Ulster, there is a significant Irish language community,” he said.

“There is a challenge for everyone here - for Nationalists of all shades do not alienate Unionists from cultural capital which rightfully belongs to both traditions.

“The Irish language is not and must not be allowed to be the possession of any one section or group within our community. It is a heritage belonging to and shared by all on this island.

“In the neighbouring nations of Wales and Scotland the native language sits clearly at the top of the signage.

“British pluralism has no problem with the use of Welsh or Scots Gallic on signage within these countries.

The proposed motion to reconsider the council's policy on Irish language placename signage was defeated by 25 votes to 15.