A local MLA has called for more provision of street lighting. 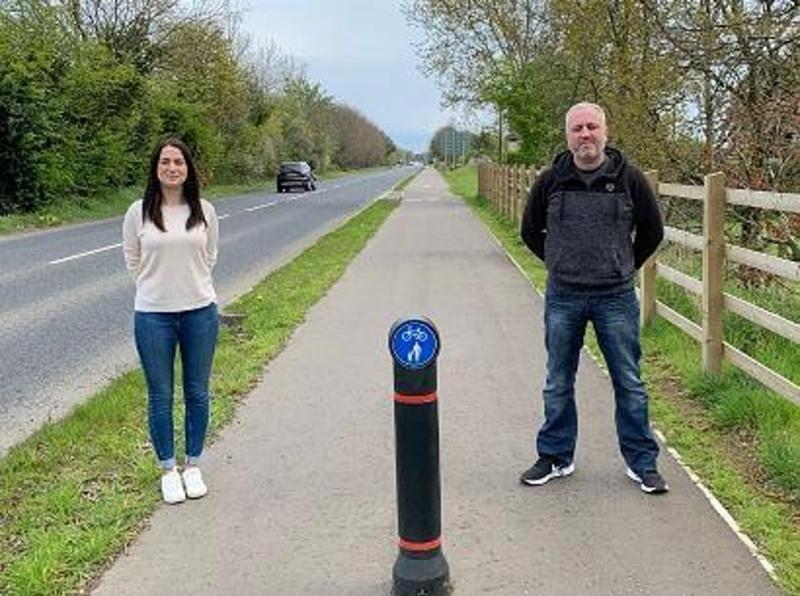 Walkers in south Derry are being forced to carry head lamps with them to be able to navigate out-of-town footways in the area.

The issue is among a number of concerns raised by Mid Ulster MLA Emma Sheerin over a lack of appropriate street lighting on several of the county's footpaths.

The Sinn Féin MLA says a change to the criteria for street lighting is long overdue – they haven't changed in ten years – and has brought the issue to the Assembly for debate.

“In a country like Ireland, where darkness descends upon us before 6pm for almost half of the year, many of our rural roads and streets are not safe to walk on most of the time,” she said.

“I have been lobbied about several stretches of footpath in South Derry that require street lighting in order to be fit for purpose.

“I have written to both divisional managers and the Minister about a stretch of the Magherafelt Road out of Castledawson which is signposted as a bike track.

“It has no lighting whatsoever, as well as the stretch of road between Straw and Draperstown, where I have also been told that lights cannot be installed.

“The latter route, which links the town and the football club in Ballinascreen, is a popular choice for many walkers, many of whom carry head lamps so as to be able to navigate the path after dark.

“They should not have to do that.”

“If the location is slightly outside the boundaries of the town, but used by hundreds of pedestrians and cyclists every day, the criteria should be amended in the interest of safety,” she said.

“The department should be encouraging more people to get out and exercise outside, and use their bikes when possible, not putting barriers in their way,” added the local politician.