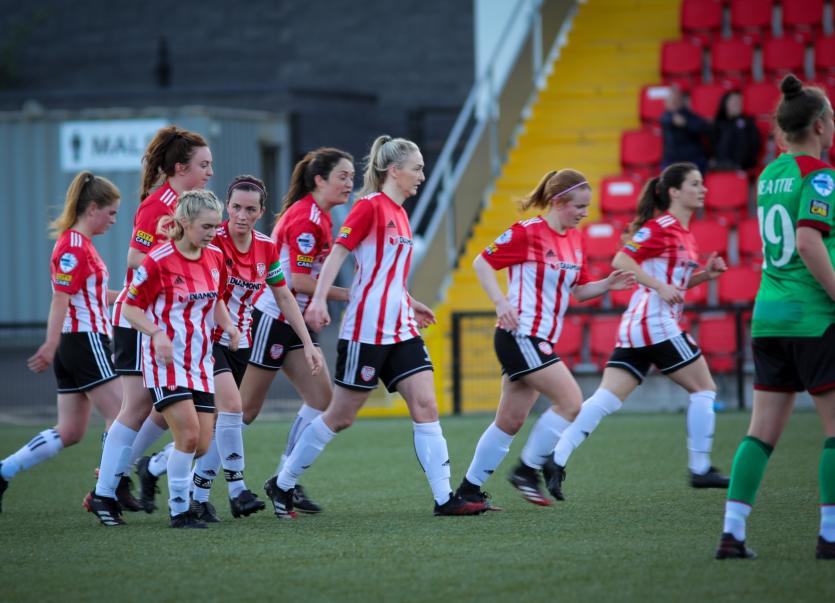 Derry celebrate one of their goals. Photo by JPJ Photography

If the intensity of Derry City Women’s pre-match warm up, gave optimism for another close Danske Bank Premier Division encounter, the final whistle re-enforced the understanding that there remains a long way to go to be wholly competitive in this league.

Glentoran’s 8-2 margin of victory did not flatter them at the Brandywell last night, but Derry can take comfort from always being an attacking threat.

With Northern Ireland Women’s manager, Kenny Shiels in attendance, Glentoran were keen to make an early impact on the game. 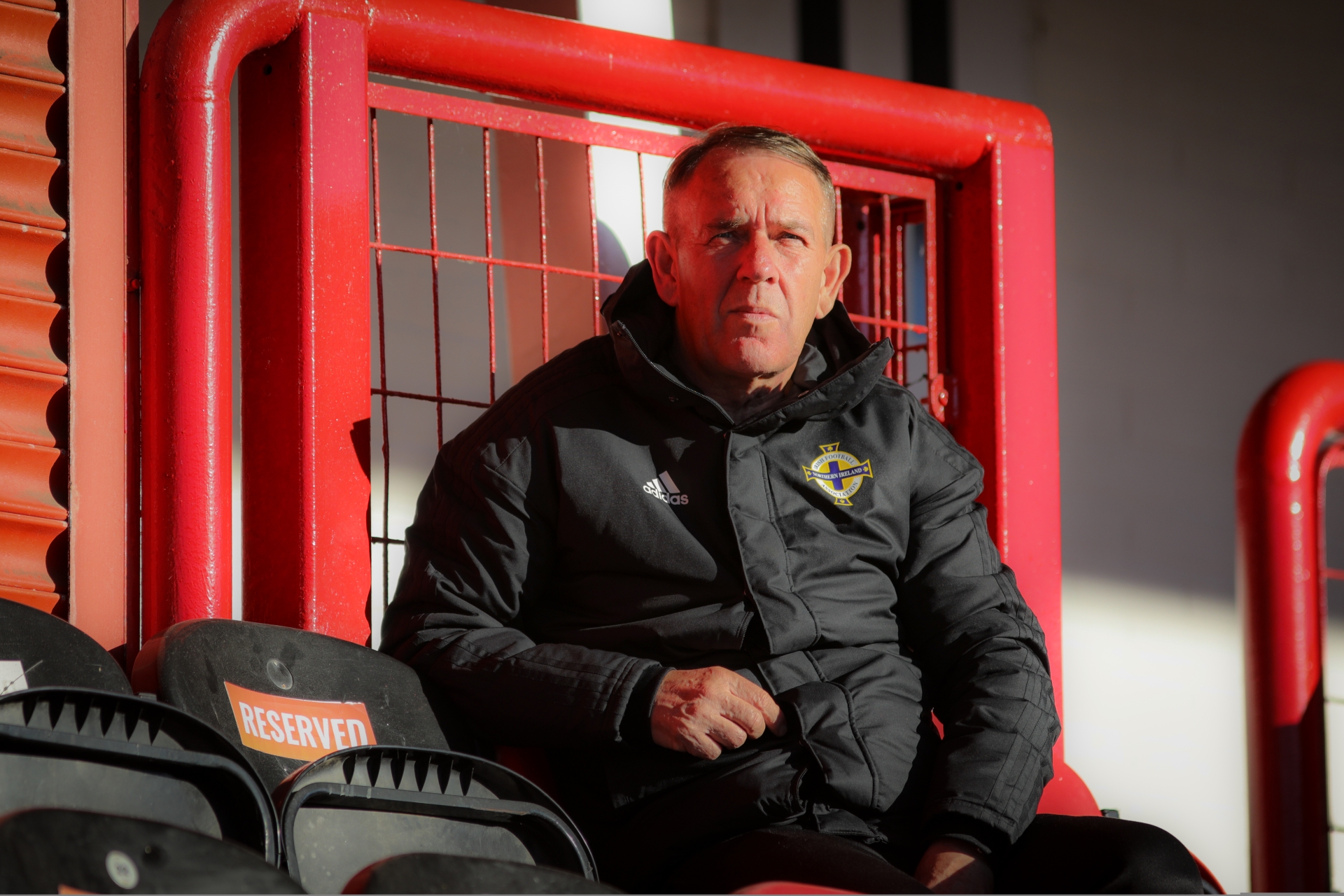 Derry struggled to contain the Glens midfield and the impressive Joely Andrews opened the scoring on seven minutes.

The away side's dominance and control on the game was strengthened on 10 minutes, when Rachel Rogan nipped in at the front post to double the visitors lead.

Derry eventually settled but the contest was over on the half hour mark, when Kerry Beattie scored the first of the night’s contenders for goal of the game.

Glentoran started the second half in a similar vein and Rogan got her second on 46 minutes.

Derry maintained a threat however and Alison McGonagle pulled one back on 55 minutes, with a great strike from outside the box.

The relief for Derry was short lived as Glens stalwart Kerry Baille, neatly restored the four goal margin a minute later, heading in from a corner.

Lauren Cregan’s tenacious lob of the keeper was unlucky not to go in on 63 minutes but in the aftermath, Paula McCrory sidestepped Shannon Dunne outside the Glentoran penalty area and unleashed a great shot that had Ashleigh McKinnon static in the Glentoran goal.

A minute later, Alison McMaster again scored for the visitors.

On 67 minutes, the final contender for goal of the game was a wonder strike from substitute Lauren Wade.

The final twenty minutes required Derry to show strength and tenacity in the face of constant Glentoran attacks.

Rogan quietly celebrated her hat-trick on 83 minutes and condemned Derry to a final score line of eight goals to two in favour of the visitors.