Flag motion proposers told 'someone has beaten you to it'

A Limavady councillor has objected to the Union flag being flown in the town. 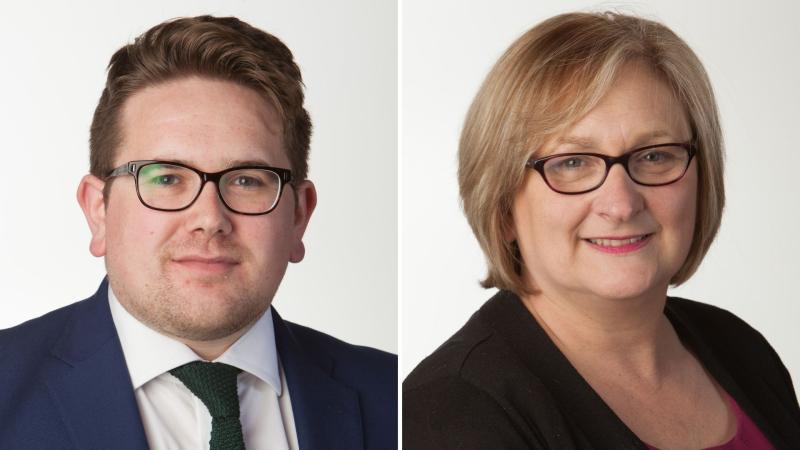 A Causeway Coast and Glens councillor has told colleagues proposing the flying of the Union flag all year round at a number of council buildings that someone has beaten them to it.

Councillors were debating a motion brought by DUP councillor Aaron Callan for the council to mirror a UK government policy of flying the Union flag on designated buildings for 365 days per year.

“Someone's already beaten you to it, because there is a flag outside the council offices and the civic centre,” she said.

“Every year we are inundated with complaints about flags. This is incitement of unrest in Limavady. We have to be very careful.

“We all live together peacefully, until this time of year when the Union Jack is pushed down our throats.”

During a mostly respectful debate in which councillors carefully tempered their language, Bann councillor and incoming Mayor Richard Holmes acknowledged there were different viewpoints on the Union flag.

“The Union Jack itself unifies the United Kingdom of England, Scotland, Wales and Northern Ireland under one flag.

“It's a symbol of freedom and tolerance, but I acknowledge some see it differently in the politics of Northern Ireland.

“One of the many problems with the Belfast Agreement was a lack of flag protocols for councils, and we now find ourselves in a position where it's every council for themselves.”

Summing up, original proposer Cllr Callan said it was important due process is followed as the motion progresses through full council.

“This is not about identity, it's about recognising Northern Ireland's part in the United Kingdom,” he said.

“Obviously, we will have to follow through the proper procedures and the EQIA in due course, but we have to make a decision first.

“This policy brings us in line with the rest of the United Kingdom, which is a position recognised by the Belfast Agreement.”

Sinn Féin councillor Cara McShane tabled an amendment, requesting the motion undergo an Equality Impact Assessment before a decision was taken, and that the council seek legal advice.

Committee Chair Alderman Norman Hillis drew the debate to a close by thanking councillors for engaging in the debate in a respectful fashion.