The county recorded a drop in case numbers and rate per 100,000 this week. 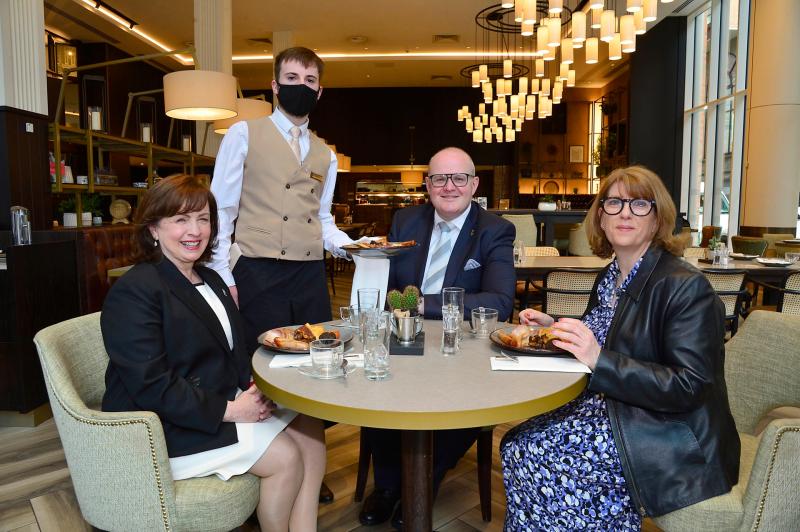 The number of positive cases of Covid-19 identified in County Derry has dropped by over 14% over the last week in comparison to the previous seven days.

A total of 155 cases of the virus were recorded in the county's postal areas last week, with a slight decline in the hotspots of BT47 and BT48. 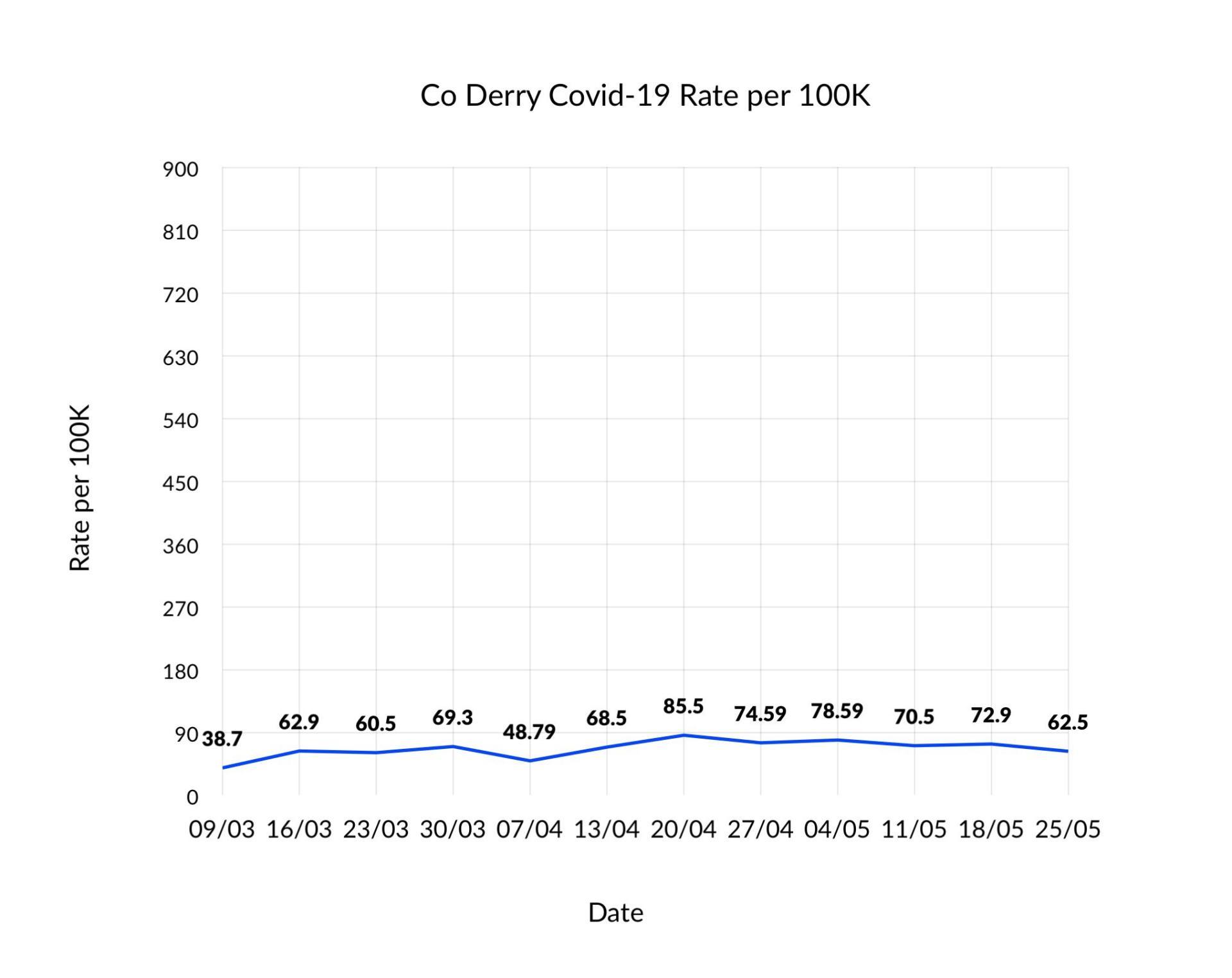 There was a slight reduction (1.5%) in the number of tests completed in comparison to the previous week, with the county recording a positive percentage of 2.6%, down from 3.0% the previous week.

In Garvagh (BT51) and Coleraine (BT52), the positive percentage was below zero for the last week, with the areas both recording a figure of 0.9%. 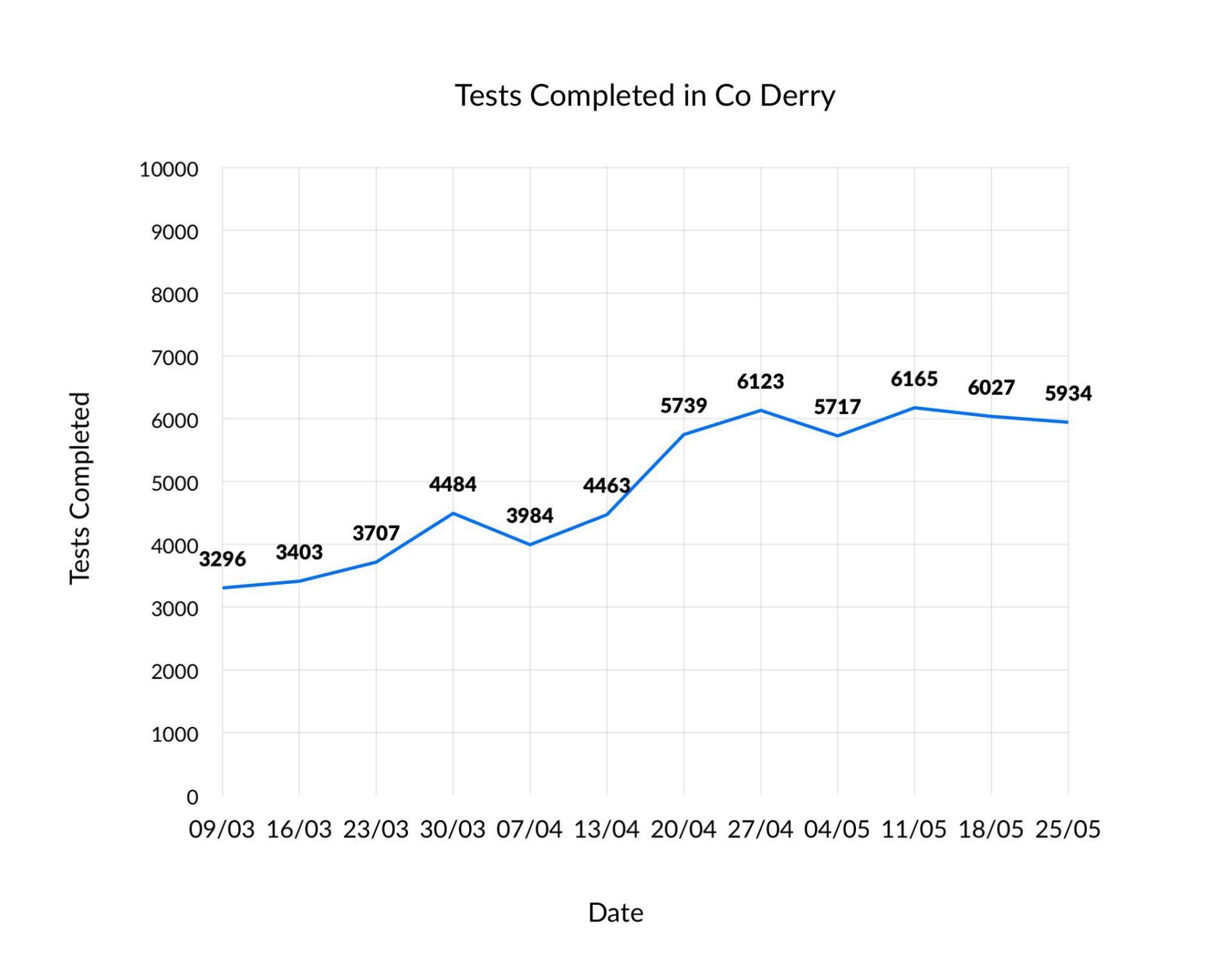 There has been one Covid-related death across County Derry's local government districts, with one death recorded in Mid Ulster bringing their total to 206.

No Covid-related deaths were recorded in Derry City and Strabane or Causeway Coast and Glens, whose figures remain on 136 and 167 respectively.

On Sunday night, there were four Covid inpatients in Altnagelvin Hopsital, with a further five in Antrim Area Hospital.

A total of 1,004,070 people have now received their first dose of Covid-19 vaccine, which represents over 53% of the population. 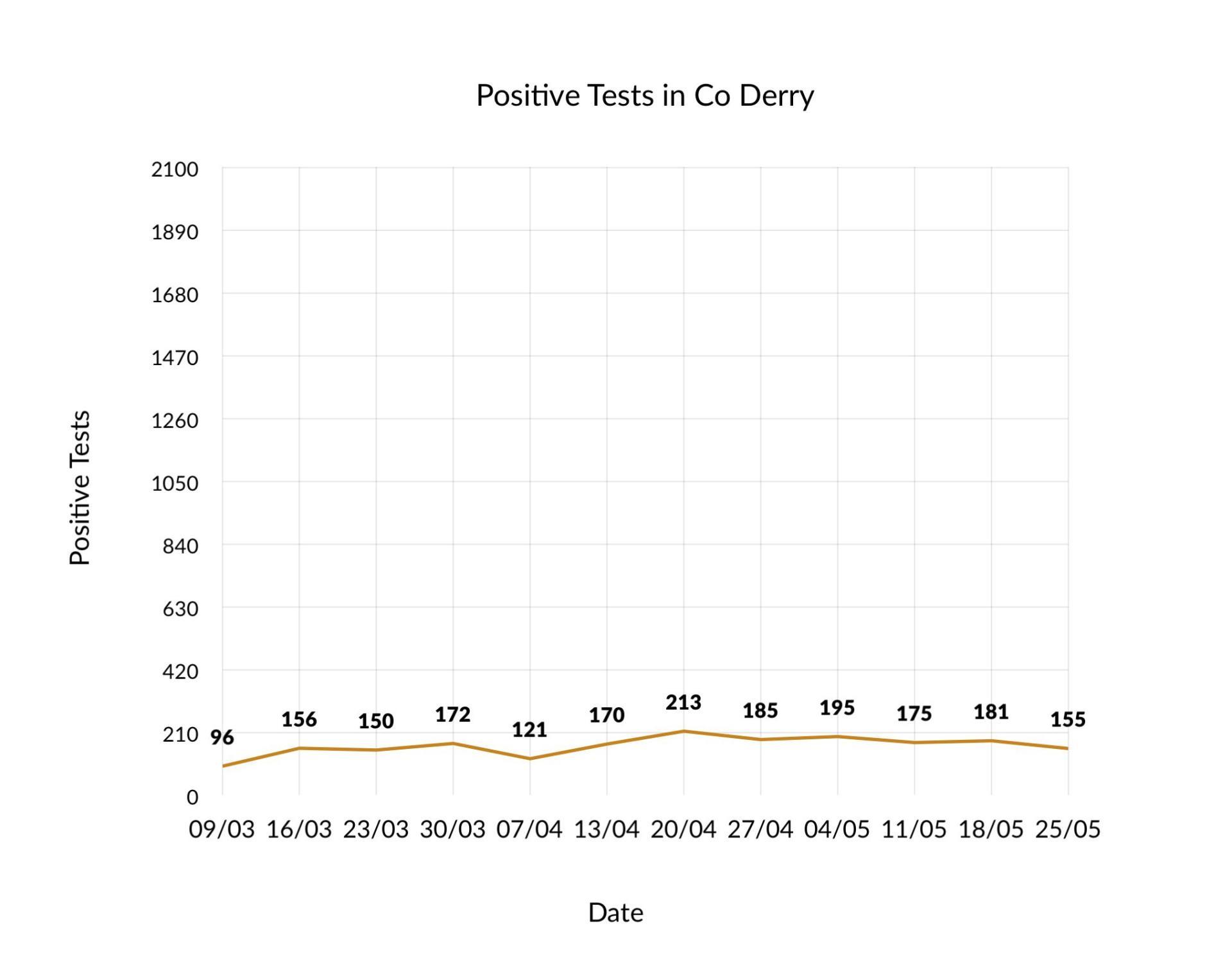 Just over 575,000 people have also received the second dose of their vaccine, meaning 30% of the entire NI population are now fully vaccinated.

Meanwhile, Economy Minister Diane Dodds has welcomed the return of indoor hospitality this week, and said there was a great sense of relief.

“The last five months have been a difficult time for many of our businesses but hotels, cafes, restaurants and pubs have been hit particularly hard,” she said.

“Reopening all businesses as soon as it is safe to do so is the single biggest driver of economic recovery. There is still more do, however, today marks an important step forward. 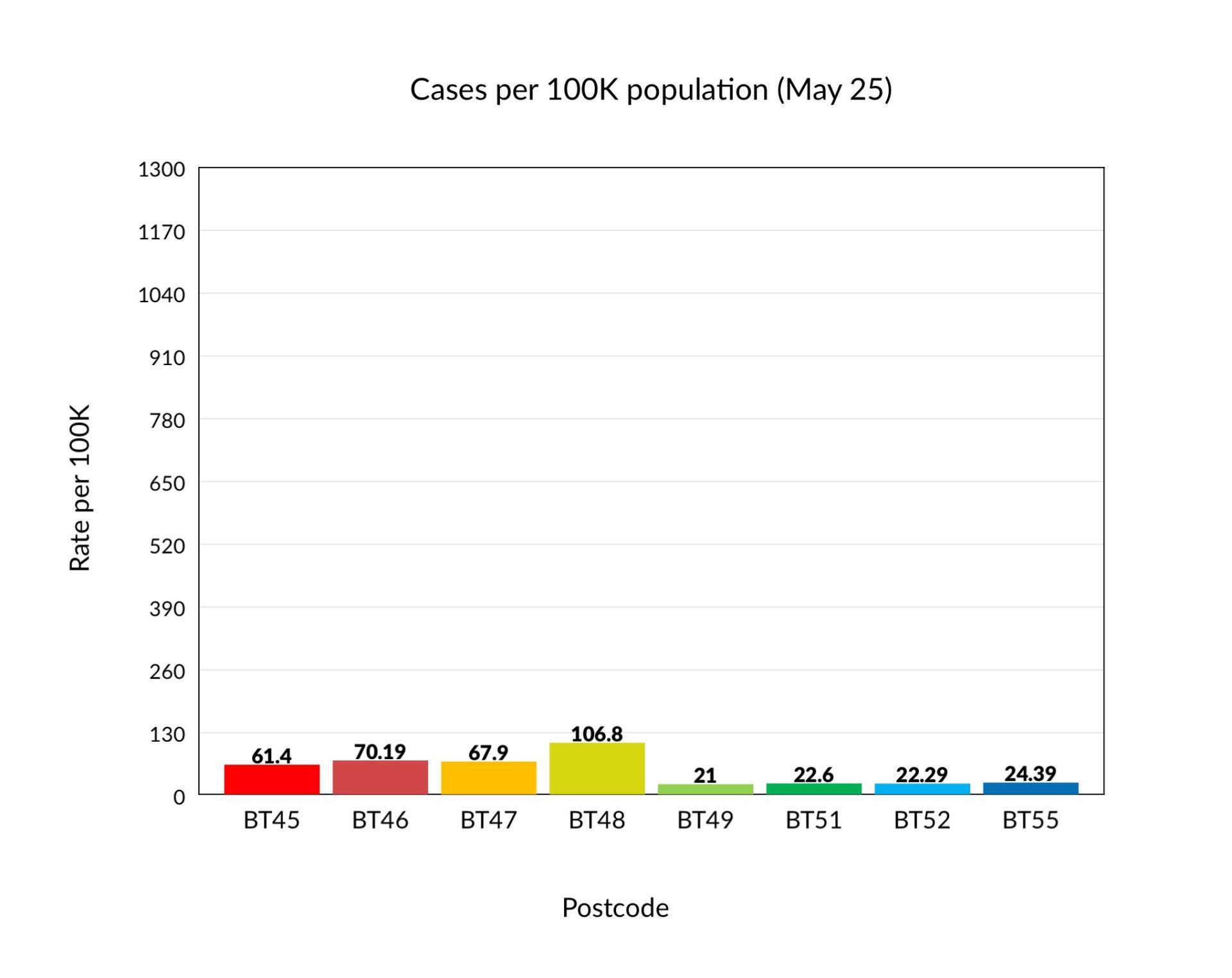 “Our local hospitality sector is working hard to give visitors a warm and safe welcome back. We are in a strong position to appeal to our closer-to-home markets this year.

“If you are heading out for a bite to eat or a drink, please adhere to the guidance to ensure a safe as well as an enjoyable experience.

“I would also urge everyone to get both their doses of the vaccine as soon as they are eligible. It saves lives and is vital to our hopes of economic recovery,” she added.