The council were discussing the details of Irish language nameplate signage. 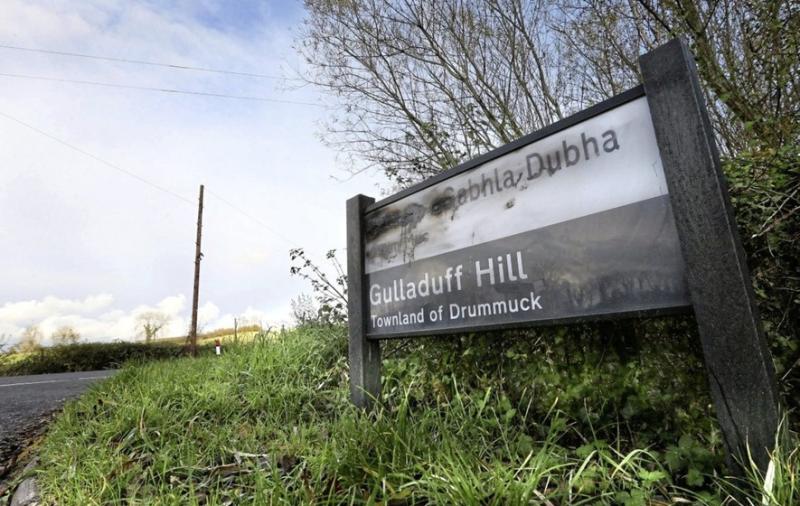 A DUP councillor has criticised a council policy on dual language that places a second language – most commonly Irish - above English on nameplates throughout the area.

Councillor Meta Graham said English should be placed first on the signs, and branded screening for equality and good relations a 'joke'.

“English is spoken, written and understood by everyone in the council, so why on earth is there no common sense used here?” she asked the Committee.

“If this is simply a case of nationalists being able to do whatever they want because you have the greater numbers, then frankly, it's pathetic.

“As for equality and good relations, it just seems like that's a joke, because I have been inundated over the last few weeks with complaints about these signs making their way into rural areas.”

Cllr Graham also drew the council's attention to signs that had been spray-painted over and said the policy was causing tensions among neighbours.

“On Sunday, I witnessed no less than five signs which had been damaged and defaced and four of them were spray-painted green, white and orange,” she said.

“If that isn't an attempt to intimidate, then I don't know what is. It's as bad, if not worse than the continual defacing of road signs for Londonderry, where the London is painted over and blacked out.

“I know of one housing development in a mixed area where neighbours wished each other a good day on the Twelfth, where some families were going off to parades and others to Bundoran.

“Then a survey arrived, and straight away it caused suspicion and upset. People saw it as a way of marking out territory and even though the sign didn't go up, it has left a very bad taste in their area.

“This is the reality of this policy. It causes tensions and bad feeling and does absolutely nothing to further community relations.

“It's disappointing but unsurprising to have this again from some unionist councillors,” he said. “There's a lot of talk about signs being divisive, but not much about them being wrecked right across the district.

“Unionist councillors need to call out the destruction of the signs instead of continually picking holes in the policy,” he added.

A motion calling on the Committee not to ratify the policy was defeated by nine votes to six.