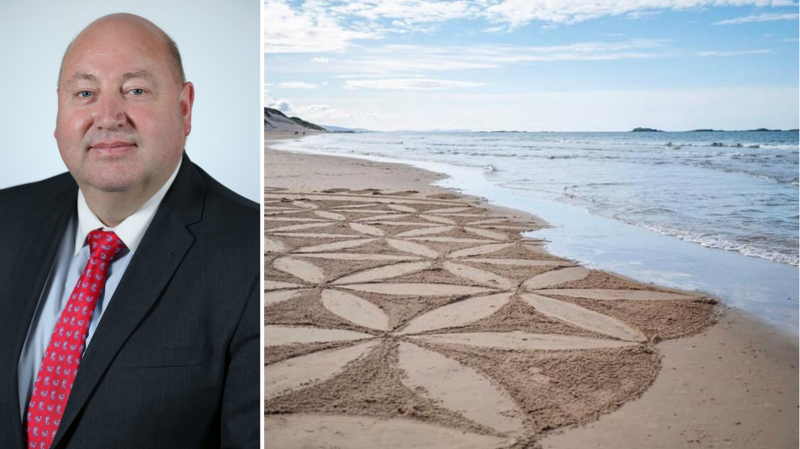 A deputation from an environmental group based in the Causeway Coast area has come under fire from the DUP at a recent meeting of the council's Environmental Services Committee.

The exchange took place after a deputation from North Coast World Earth (NCWE), an educational awareness campaign group who fight climate change in the area.

Following the deputation, Bann councillor Adrian McQuillan, Chair of the Committee, asked Gavin Wallace of NCWE to clarify comments made by the group on social media after a previous meeting.

“You said some political parties put it [climate change] at the centre of their campaigns and some don't,” he said.

“I'm just asking you who doesn't? There was never a vote to invite you here, it was agreed by members at the last committee meeting and there was no vote taken on it.

“Wherever you're getting your information is totally wrong. These things have to be said.”

Fellow DUP councillor, John McAuley said other councillors had looked to use NCWE for electioneering purposes.

“You said yourself social media can be dangerous, so I would suggest, as an organisation looking to reach out to this council, you would ensure you have the true story before commenting.

“I don't think anyone is against not keeping the Borough clean, and it's welcome to see the efforts and work taking place.”

Cllr McAuley said he and a number of council officers had received complaints from council workers that people working under the banner of NCWE had been harassing them.

“They're getting allegations they aren't doing their job properly, but anybody can see they do a fantastic job for a task which is never-ending,” he said.

“We are here to raise awareness about the issues and to work with and support the Council in their efforts,” he said.

“We cannot control each and every one of our volunteers registered within North Coast World Earth. We approve posts on our private group page and many are deleted before entering public circulation.

“If it happens again, please bring it to my attention.”

Sinn Féin councillor Sean Bateson said the vote in question was about adding additional resources to refuse collection for the summer months.

“Thankfully, the vote passed, but unfortunately some people here this evening voted against it,” he said.

“Those same people will be championing the need for more resources but when it came to taking a bit of action they voted against the motion.

“Within the area I represent, the GAA has organised mass litter picks in the local area, so there are many organisations who share your ideals.”

Cllr McQuillan ended the exchange on a positive note, expressing the Council's gratitude to NCWE.

“Thanks for all you do for the environment,” he concluded.