There are also no Covid inpatients in either Altnagelvin or Antrim Area Hospitals. 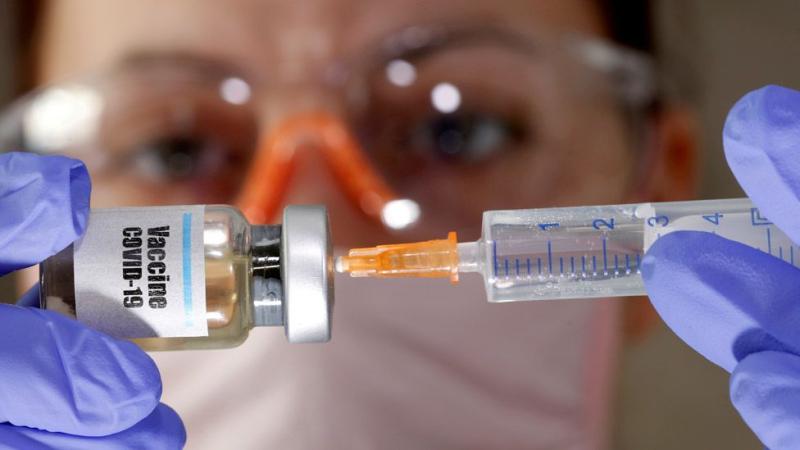 For the second week in a row, no Covid-related deaths have been recorded in County Derry's three local government districts.

The Department of Health's Covid-19 dashboard also yesterday indicated there are currently no Covid patients remaining in either Altnagelvin Hospital or Antrim Area Hospital.

Across the Northern Trust, the total number of Covid in-patients has dropped to just nine, with only seven remaining under the care of the Western Trust. 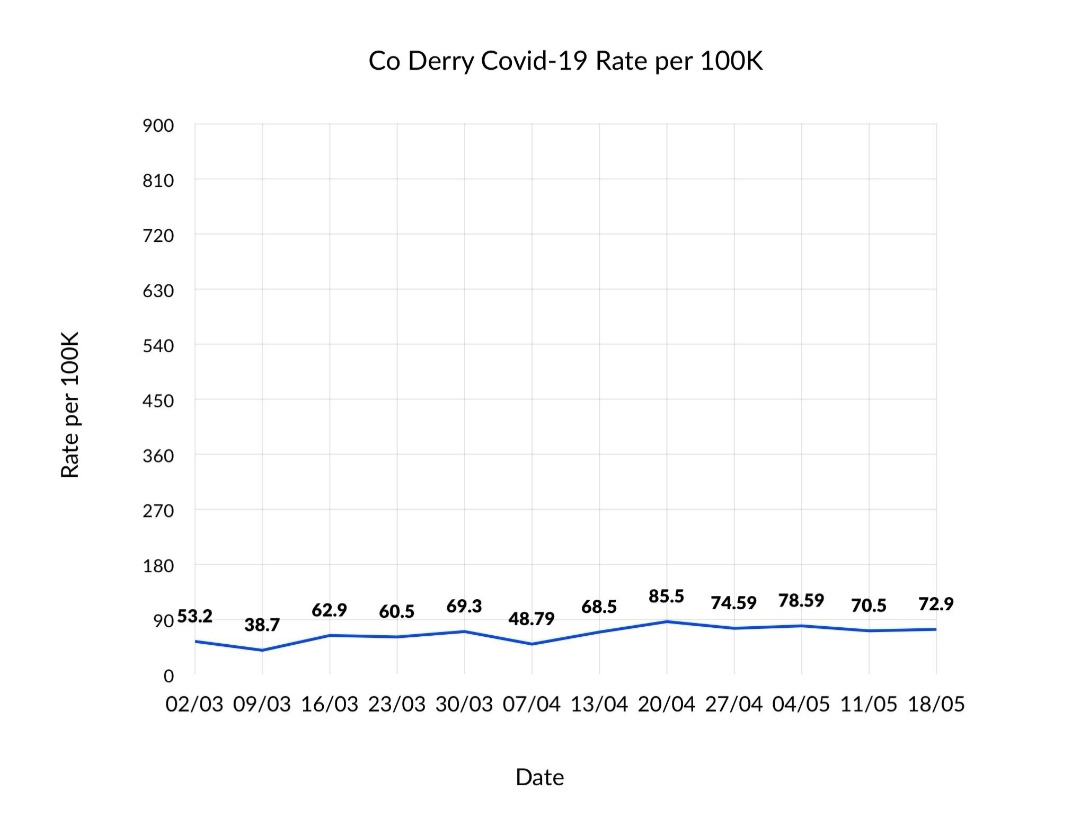 Derry City's BT48 postal area did, however, register the highest rate per 100,000 across the North, despite a 12.9% reduction in the number of cases from the previous week.

The percentage of people testing positive for the virus has remained around 3% now for four weeks, with the figure for the last week at 3.0% exactly. 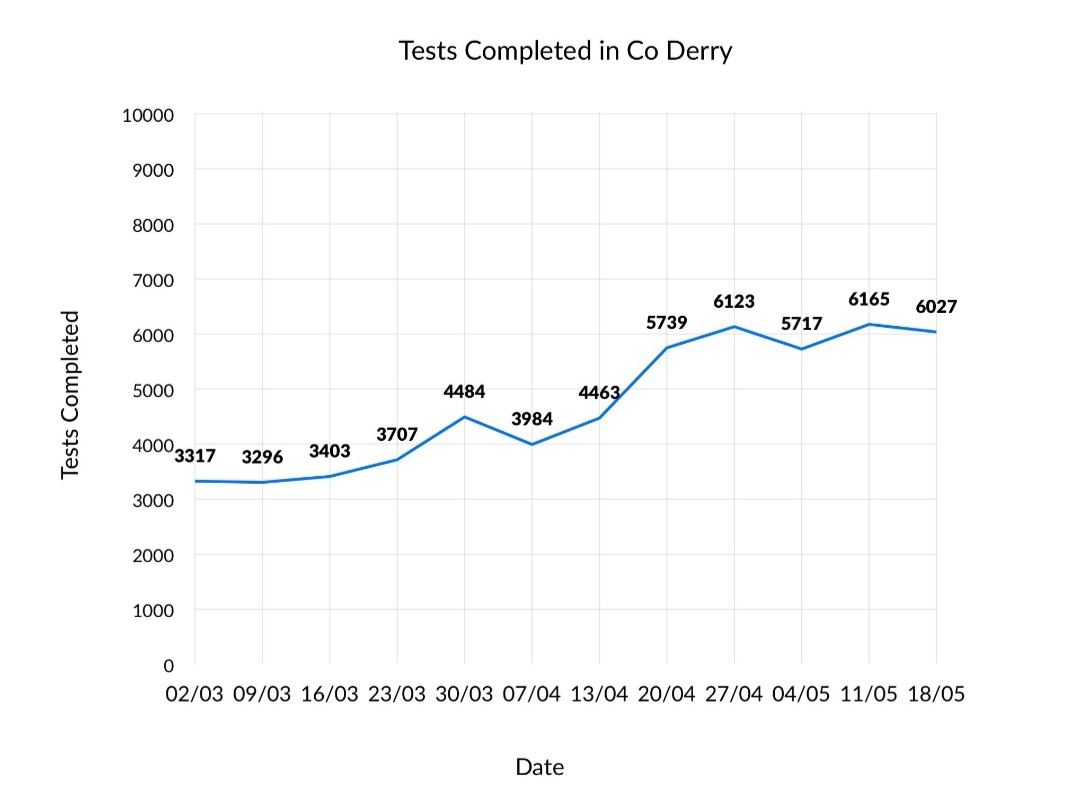 Testing figures remained at a similar level to the previous seven days, with just a 2.2% reduction in tests from 6,165 to 6,027.

It is looking likely Northern Ireland will pass the 1,000,000 first doses mark later today, with current figures showing 997, 605 – 53% of the population - have received theirs. 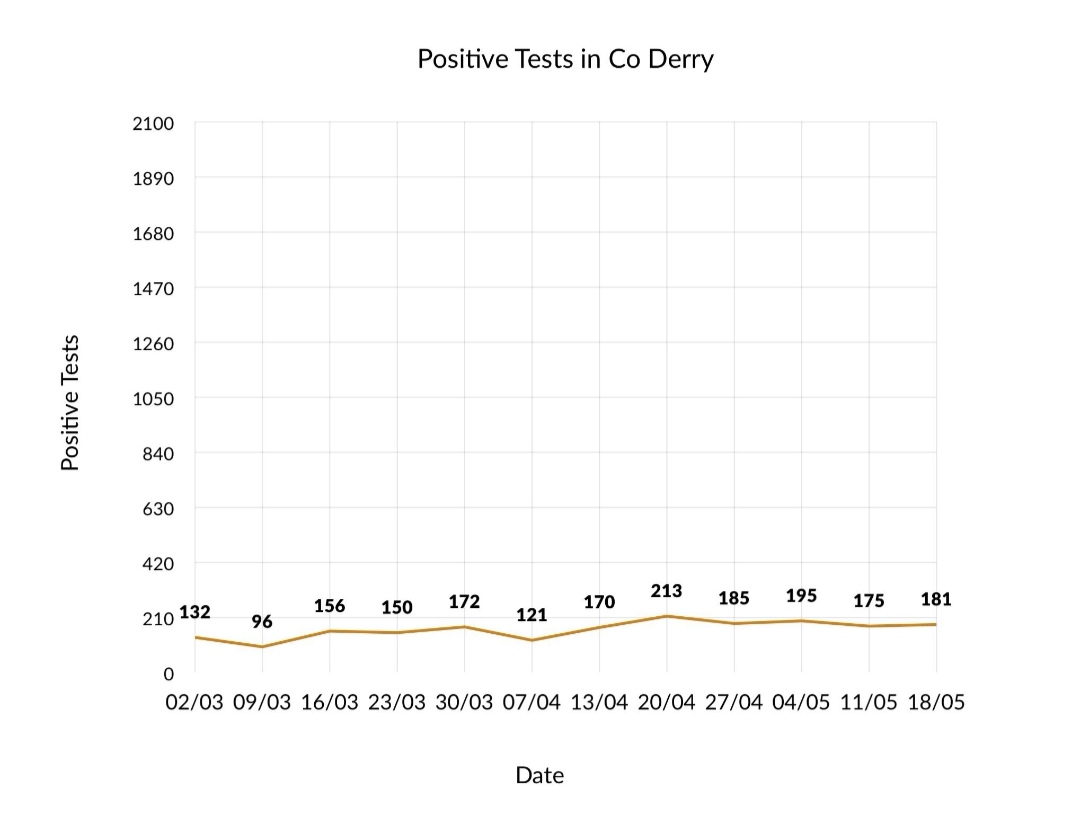 A further 559,227 have received a second dose, meaning 30% of the total population are now fully vaccinated.

Meanwhile, Education Minister Peter Weir has announced public examinations will return for all CCEA qualifications in the next academic year.

He told the Assembly yesterday that a 'comprehensive package' was now in place for 2022. 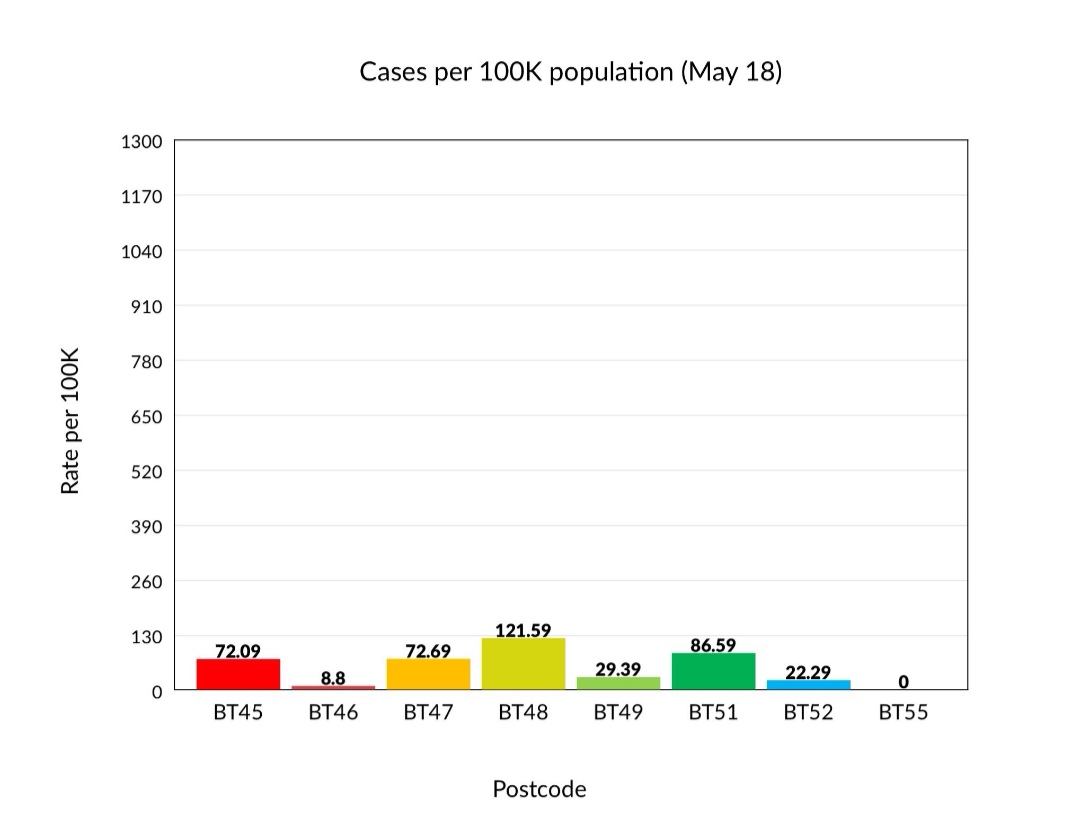 “I am mindful of the need to consider our young people’s mental health and well-being and the significant disruption to their learning during not one but two academic years.

“I have decided that young people will have significantly fewer examinations next year and I am today announcing a package of significant reductions in assessment across the range of CCEA qualifications.”