Let's not go back to the old normal because let's face it, things were not so great 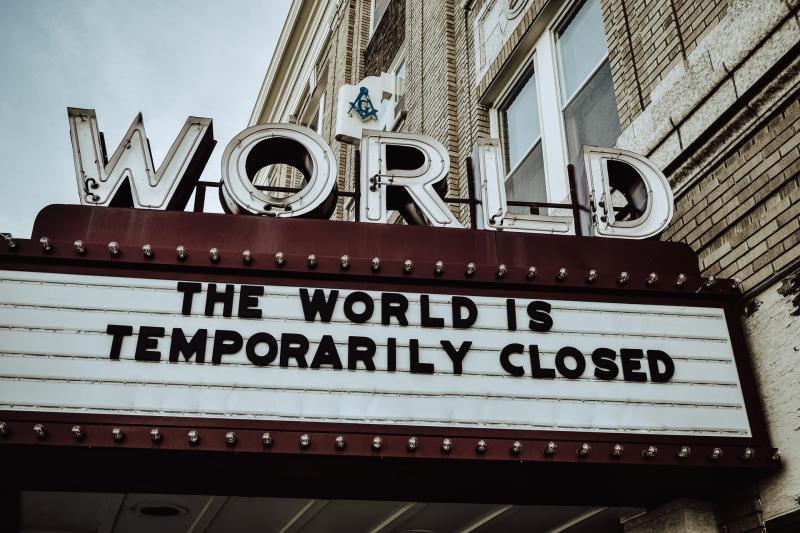 Who would have known on the 9th of January 2020 when all the parties in the Assembly signed up for The New Decade New Approach (NDNA) that Covid-19 would strike and dominate all of our lives for 18 months.

There was a lot of great stuff in the NDNA on areas like health, legacy and the Irish language.

We really do need to make progress on them but many people across Ireland and the UK are now reimagining what the future should be like.

We have been locked down and our lives on pause for almost 16 months. During that time, we have seen both the Irish and British government dig deep and find billions to effectively underwrite both economies.

I wrote over a year ago that the failure by the UK Government to intervene and shore up the economy would lead to a total collapse of the economy in the UK and society.

In my opinion both governments had no choice but to dig deep and borrow.

Now before we all get sentimental and fuzzy, they effectively borrowed money which WE will pay back to keep both countries from imploding. We are all effectively covering the loan. It's us on the hook.

This huge intervention however demonstrates how governments when they need to, are willing to intervene.

I'm always reminded of the time Theresa May told a nurse who hadn't had a pay rise in eight years that 'there isn’t a magic money tree that we can shake that suddenly provides for everything that people want'.

In the words of Ted Hastings 'Jesus Mary and Joseph and the Wee Donkey'! That will be £600bn+ in 2 years.

Where have the 'Austerity Brothers' George Osborne and David Cameron gone? Cameron has his own problems but Osborne is still bleating the 'balance the books mantra' from the sidelines. I can't see that anytime soon.

Well for one thing Covid-19 has hit society in a way not seen since WW2. I am old enough to remember the recession of the 1980s and this is much worse than that.

In the USA, President Biden has come out of the stalls clearly indicating that he wants to pump prime the economy with a major overhaul of decaying infrastructure.

It's been hailed by many as a version of the post Great Depression 'New Deal' delivered by President Franklin D Roosevelt. It really got the US back on its feet.

Many across the island of Ireland are looking for a 'new normal'.

Of course, we all want to get rid of masks and go for a pint etc. but to slide back into a society driven by economic greed isn't as appealing any more. A lot has changed.

The last 16 months has put many sectors in the spotlight. We have all clapped for health workers and carers but prior to all this, their pay and conditions didn't really interest us so much.

This was the same for many of the jobs which during the Covid crisis became 'frontline'.

Delivery drivers, taxi drivers, bus drivers, cleaners and the people stocking the shelves of our supermarkets.

Now, most of us appreciate the role they do and their pay and conditions matter more to us than ever. Without these people risking their lives and long term health society would have collapsed.

Most of them didn't have the option to work remotely. They showed up and took care of the sick. They scrubbed down rooms or beds where Covid patients had been. 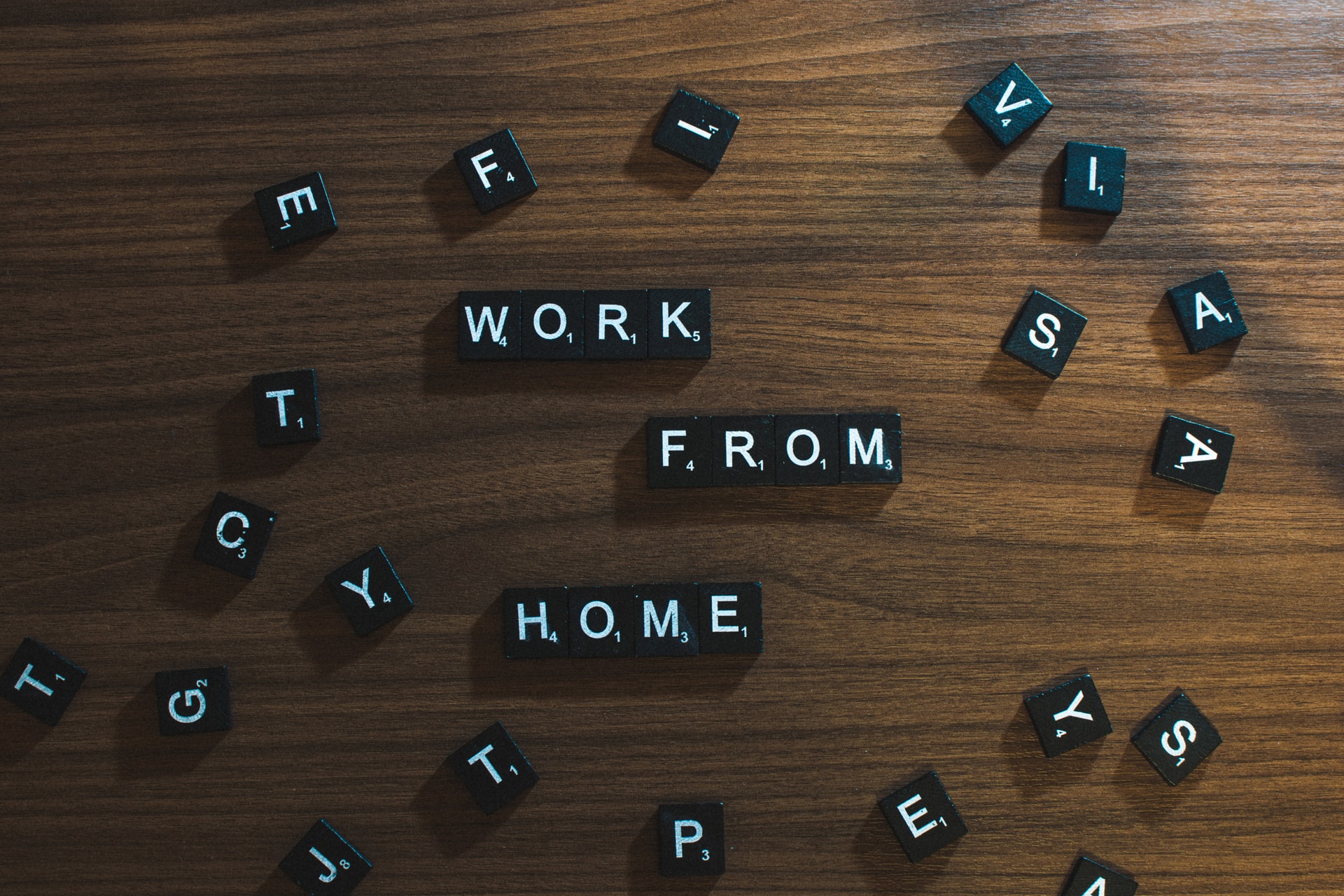 The point is they showed up and we now have a chance to reset our society and replace the clapping with a better salary.

For me, if it means a bit extra in tax, I'm happy to pay it.

Now when I see 5-6 Deliveroo drivers waiting outside a Take-away for a job I can't help but feel sorry for their plight.

Before I was oblivious to it but now, I see just how unfair society has got. Some person designs an algorithm and sits in California and earns billions while a delivery driver (who does all the work) gets minimum wage.

Many are now calling for a social revolution across society.

I've heard 'build back better' and 'build back stronger' bandied about like snuff at a wake but it makes perfect sense. In Derry, we have saw throughout this crisis a number of community organisations across the city step up and work in partnership with DCSDC and central government.

Their roots are in the community and without their involvement during Covid-19 many more people would have died or slipped deeper into poverty. We really need to build on that.

For me, there needs to be a major rethink at central and local government level on how we deliver the recovery.

A cornerstone for this needs to be a recognition of the important role the community and voluntary sector play.

We must mobilize these communities and connect with them and most importantly invest in them.

If local or central government want to do community planning then invest real money in it and forget these detailed desk based action plans which often have no resources behind them but look great on a PowerPoint.

And when you think about it who is best placed to help young people within some of our most disadvantaged get jobs.

We have had an economic policy for the last 20 years which mixes encouraging and supporting indigenous businesses whilst attracting Foreign Direct Investment (FDI).

It's had some success but it hasn't taken Derry off the top of the unemployment league for the North.

There are quite a few other communities it has failed. It's now time to recognise that empowering organisations within these communities and backing them financially is the way to see jobs and a better society.

And how do we do it?

Within the North I would empower the Department of Communities and give it the budget to deliver it.

They could jointly deliver this with Invest NI through the Department for Economy. That would be the best model for delivery.

I would also put social enterprise and its promotion on a par across the island.

There is no reason why more of our young people keen to start a business wouldn't decide on this structure.

All the social enterprises I know make profits. It's what they do with these profits which is different.

They reinvest in the staff and community instead of paying dividends. Many others use profits to provide vital services in their communities.

The biggest problem is that most people think social enterprises are confined to a sector. They're not. It’s more a way of doing a business rather than a specific sector.

We have one chance to get this right as hopefully Covid is a once in a lifetime event.

Already initiatives like Buy Social from the Department of Finance are recognising social capital in all their tenders.

We need to do more, however. Let's not go back to the old normal because let's face it, things were not so great.

President Harry Truman attempted a 'New Deal' in the USA after WW2. His 21 point plan which included developing a US version of the NHS and many other things failed.

He also wanted to increase minimum wage and tackle some of the civil rights issues still visible in the US.
It failed and most of the 21 objectives where never met.

Let's hope we can learn from Covid and unlike President Harry Truman deliver a 'fair deal' to everyone in society.

Trickledown economics is a myth folks and it's time we value people and work with our communities here to build a fairer society.