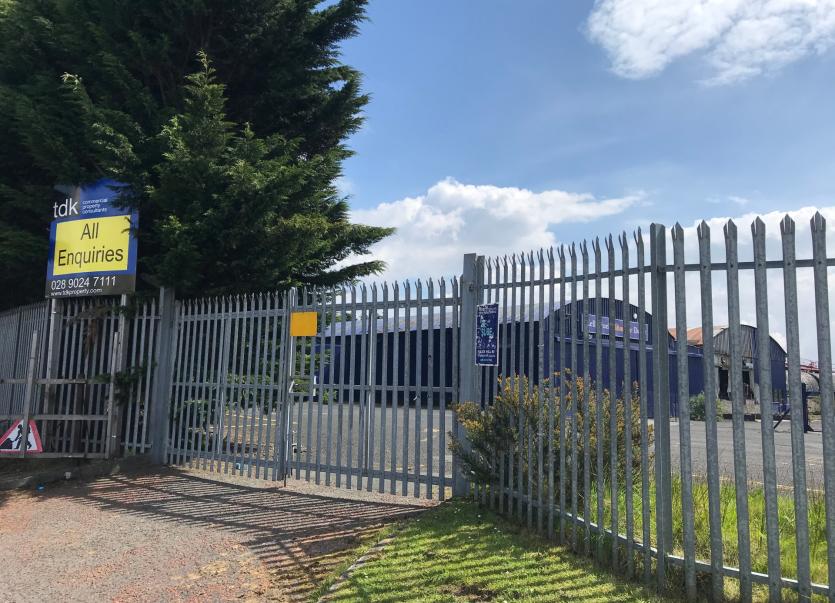 A key riverside site in Derry has been put up for sale.

The seven-acre site at Bay Road faces onto the River Foyle.

The site has long been used as a fuel depot.

However, last year a large number of people put their name to a petition objecting to a bid for a coal screening operation on the site.

The site has now been placed on the market.

Although zoned as ‘white land’ the fuel yard could have development potential, particularly with the progress on the nearby Fort George site.

The Department for Communities decision to sell part of the site to the Western Trust in March marked the latest step in the ambitious project.

The land on the river front of the Bay Road coal yard was also recently acquired for the new cross border cycle network, which will include a new pedestrian and cycle bridge across the Pennyburn Inlet.

The sale of the Bay Road site is being managed by TDK Commerical Property Consultants.

In the sales brochure, it states: “The site measures approx. 6.9 acres (2.8 Hectares) and was previously used as a coal storage and distribution yard. The site benefits from 2 large warehouses, office building and a large covered storage area.

“It has roughly 125 m of frontage on-to the River Foyle and this could be extended up the Pennyburn Inlet by around 200m.”