Previous stopovers have been worth millions to the local economy 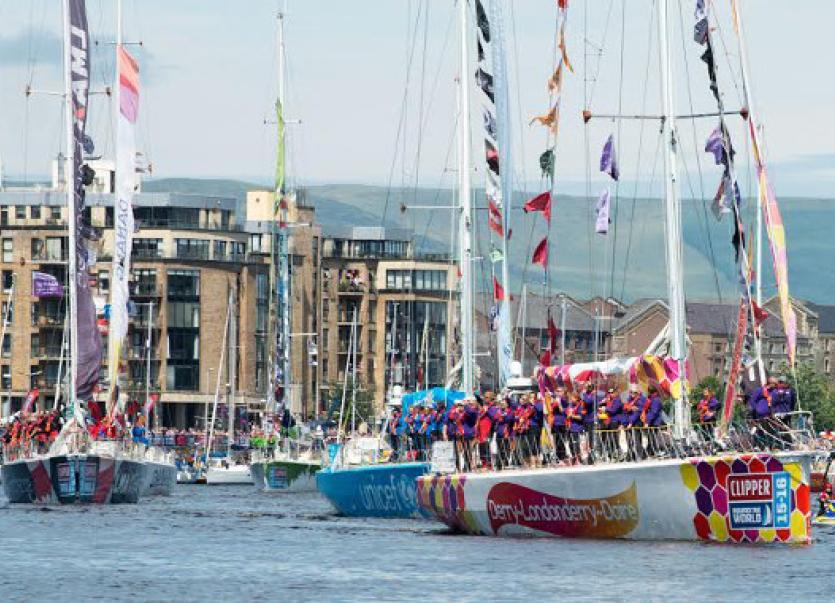 The Clipper round-the-world race is coming back to Derry next year, it was confirmed today.

The yachts had been due to stopover again in Derry last year.

It would have been the fifth time that the famous race would have included the city in its multi-million itinerary.

However, as with all events last year, it had to be cancelled because of the Covid-19 pandemic.

The organisers of the Clipper race, however, have given assurances to Derry City and Strabane District Council that Derry will be one of its stopovers in summer 2022.

Details of the Clipper confirmation emerged today at a meeting of the council's Business and Culture Committee.

At present, it is planned that the Clipper vessels will moor up in Derry in July next year.

The council has estimated that the last Clipper stopover in Derry in 2018 was worth around £2m to the local economy.

The Foyle Maritime Festival will also take place next year to coincide with the arrival of the Clipper yachts.

Today's meeting was told that talks are underway over plans to close Queen's Quay for five days during the festival.

SDLP councillor Rory Farrell, chair of the council committee, said there were obviously issues to be sorted out but he added that he hoped it would be 'plain sailing' between now and the arrival of the Clipper race in Derry next year.

Sinn Fein councillor Conor Heaney said the return of the Clipper event and the maritime festival would send out a positive message from the local area.

Ulster Unionist councillor Darren Guy said it was 'great news' that the Clipper race was returning to the city.

However, Cllr Guy, who works as a taxi driver, said there would be some concern among those in the taxi industry around the plans to close Queen's Quay to traffic.

He added that he was sure the relevant authorities would discuss traffic flow issues in the area.

Aontu councillor Emmet Doyle said the news of Clipper's return would provide a 'sense of hope' for people that things are beginning to return to a form of normality.

DUP Alderman Graham Warke said the first Clipper event 'completely changed' the city, and added that it was 'such amazing news' that it will be returning next year.

Councillors at today's meeting backed proposals for the preparation of a report detailing the budget for the Foyle Maritime Museum and for the council to continue discussions with the organisers of the Clipper race in relation to a final date for the Derry stopover.