Inquest rules that all those killed were 'entirely innocent' 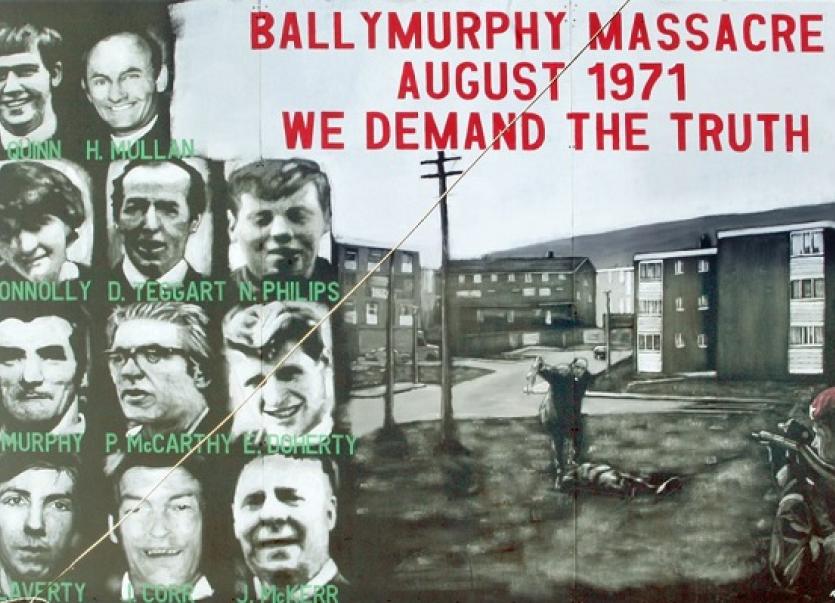 Councillors in Derry today held a minute's silence in memory of 10 people killed in the Ballymurphy area of Belfast as an inquest found that they were 'entirely innocent'.

The inquest, which began in November 2018, examined the deaths in August 1971.

The shootings happened after an operation in which a number of people were detained without trial.

The victims included a priest trying to help the wounded and a mother of eight.

Nine of the victims were killed by the Army, the coroner said.

Mrs Justice Keegan, who today delivered her findings over the course of more than two hours, said the deaths took place during Northern Ireland's Troubles in a 'highly charged and difficult environment'.

But she concluded: "What is very clear, is that all of the deceased in the series of inquests were entirely innocent of wrongdoing on the day in question."

The killings happened over three days immediately following the introduction of internment.

Speaking this afternoon at the start of a meeting of Derry City and Strabane District Council's Business and Culture Committee, committee chair, SDLP councillor Rory Farrell, proposed that a minute's silence be held in memory of those killed in Ballymurphy.

Cllr Farrell read out the names of those killed before the minute's silence was observed.

Sinn Fein councillor Conor Heaney said the gesture would send a message of solidarity from Derry to the Ballymurphy families.