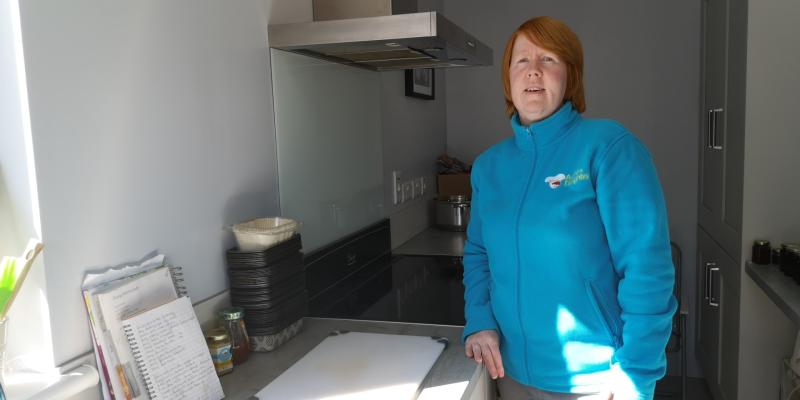 Ann Marie Collins says her business has suffered as a result of poor internet.

Two County Derry residents have voiced their frustration after a data error meant they were left out of a list of premises due a broadband upgrade under a £165 million government plan.

Both addresses had been placed on the Department for the Economy (DfE)'s original 'white postcode' list and should have been eligible for the government scheme, awarded to internet provider Fibrus.

However, when they ran their addresses through the Fibrus 'postcode checker' in January 2021, they were shocked to receive a message informing them they were not eligible for the upgrade.

Ann Marie Collins runs a bakery service – Annie's Delights - from her home on the Mullaghboy Road, between Clady and Gulladuff. She was delighted when she first heard about Project Stratum.

“I was very excited. I have a small business that I operate from the house and for a start, I can't get a phone signal, so it stays in the house,” she told the County Derry Post.

“I can't get any service in the kitchen at all – internet or phone – so to try and run a business and have to keep running in and out of the house is just not possible.

“The stress of trying to send important emails some days and you can't even get connected, or during lockdown, I don't know how many Zoom meetings I wasn't able to connect to.

“I'm a newly self-employed person, so I received no help throughout the pandemic. I've been just trying to get on and make a living, and the internet is not helping at all.

“I thought I'd finally be able to get things done faster and not have it taking up most of my time.” 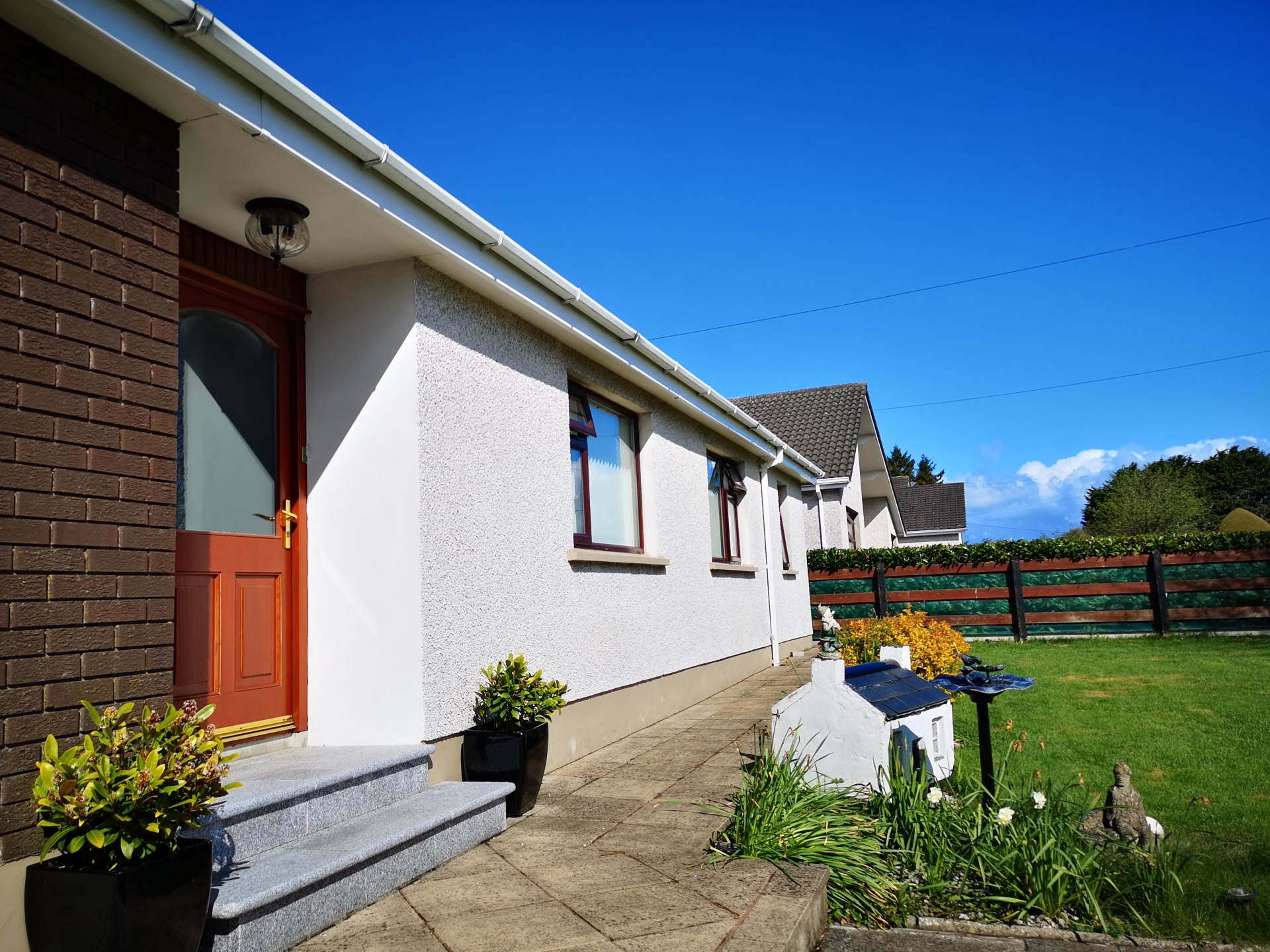 Ann Marie looks set to miss out, but her neighbour, just yards away, is heading for an upgrade.

However, Ann Marie's optimism quickly faded when her address did not register on Fibrus' system earlier this year.

Her frustration was only compounded with the news that the majority of neighbouring addresses on the road would be receiving the upgrade.

Ann Marie's next door neighbour, whose house is just yards from hers, will also be eligible for Project Stratum.

“On our road, every single property, all of my neighbours, bar us, is on the list as getting this upgrade,” she said.

“My understanding was that they were to be delivering broadband to all rural areas. I don't know why they appear to be picking and choosing properties, it's baffling.

“I've seen them on the road for months now putting wires in. They aren't picking and choosing houses, they're putting in wires for the whole road surely?”

Amid the uncertainty, Ann Marie says her business is suffering.

“I'm told it's probably a mistake and we will be getting it, but there is still that uncertainty. I need to know we're getting it,” she said.

“I had to switch to online during the pandemic and get a website up and running, and to not even be able to access my online platform to engage customers and get communication through is a nightmare.

“It's small business owners that are suffering.”

Home-workers in rural areas are suffering too.

Alasdair Kilpatrick has been spared the two-hour commute since beginning to work from home during the initial lockdown period, but has seen the extra online traffic exacerbate his internet woes. 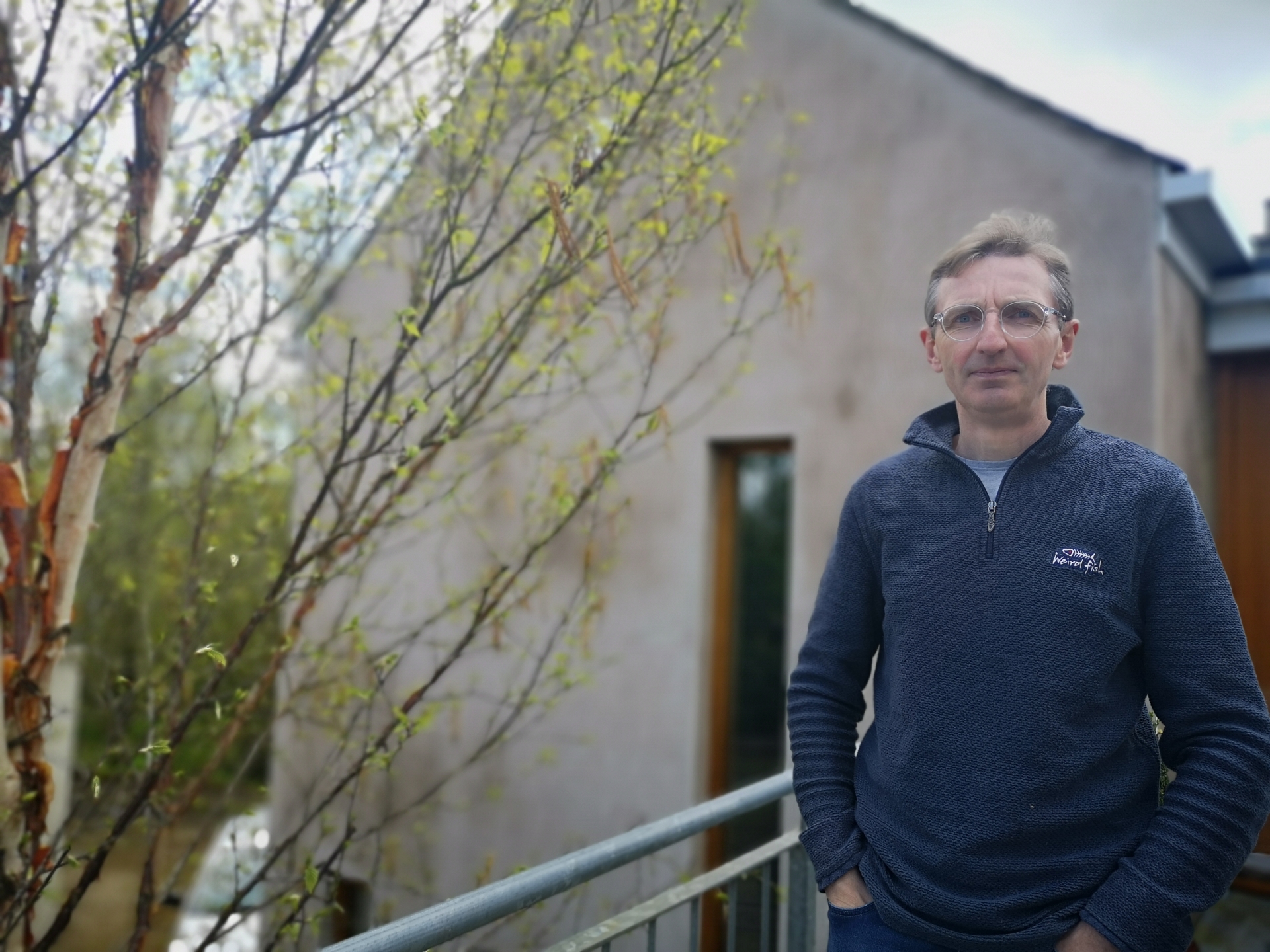 Alasdair Kilpatrick has had to have trees cut down at his home on the Rocktown Road to improve the signal.

At one point, he contemplated shifting his office from his home on the Rocktown Road, Gulladuff, to his mother's house in Magherafelt, where a much better connection was available.

“When we moved here, we were getting about 1mb per second and couldn't stream anything,” he said.

“We contacted BT and Openreach and they had no plans to put fibre in or improve the signal at all. You were paying money to get broadband that was effectively useless.

“About three years ago, we got in contact with a company who put a disk on the roof that connects with a transmitter on the top of a nearby hill.

“We had to get trees cut down round our house, because if the disk can't see the transmitter, the signal is awful.

“It was transformational though, because we went from 1mbps to 6mbps. That's not much, but it was six times more than we had been getting.”

When the pandemic hit, that 6mbps was soon reduced to a trickle, as the pressures of home working and home schooling began to bite.

To Alasdair, Project Stratum sounded like the silver bullet they needed.

“I followed the updates closely and when they published the white list of postcodes I scrolled down to find our postcode on it,” he said.

“I assumed – naively as it turned out – that if our postcode was on it, then all of the properties in that postcode would get access to fibre broadband.

“The first I knew there was a problem was in January this year.”

When his address did not show on their online 'postcode checker', Fibrus advised Alasdair to contact the Department.

When he did, DfE told Alasdair – who has lived at his current address for 12 years – that his house was still under construction.

DfE has been using data provided by Land and Property Services (LPS), under the Pointer system, to identify addresses within selected postcodes in Northern Ireland.

“I've been getting rates all that time, so I don't understand how LPS can give you false data that says our house is under construction,” he said.

“I went into the address checker and put in every address in our postcode – there are 33 – to see what the story was, because I know all of the houses round here have the same issues with broadband.

“Out of 33 houses, 18 were outside of the scope of Project Stratum, with 15 in it. When I looked at the map, there was no rhyme or reason to it.

“There are houses further from the exchange that are getting it and ones closer that weren't. Old houses, new houses; it didn't seem to make any difference whatsoever.”

DfE have indicated they will undertake a process to review omitted premises on a 'case-by-case' basis.

“We have received a number of enquiries following the launch by Fibrus of the address/postcode eligibility checker for Project Stratum on the hyperfastni website,” said a DfE spokesperson.

“We are assessing these enquiries on a case-by-case basis and are working with LPS in order to access the most up to date premises information, and identify the reason why these issues have emerged.

"If the information held by the Department concerning any premises in ‘white’ postcode areas is identified as being inaccurate, we will reclassify those premises so that they will be eligible for consideration under Project Stratum."

“I just can't foresee a situation where the government would spend £150 million to string the fibre past somebody else's house who needs it just as much,” he said.

“They had estimated the number of properties, using LPS, that they would need to get fibre broadband to and went out to tender based on that number.

“We have three people working from home full time. It's not quite electricity, water and heat, but it's not far off it.

“We've been led up to the top of the hill and let down by the whole thing.

“I just hope common sense prevails and they don't string this past our house and not give us what we need,” he said.