Tamzin White continues her campaign in memory of lost loved ones 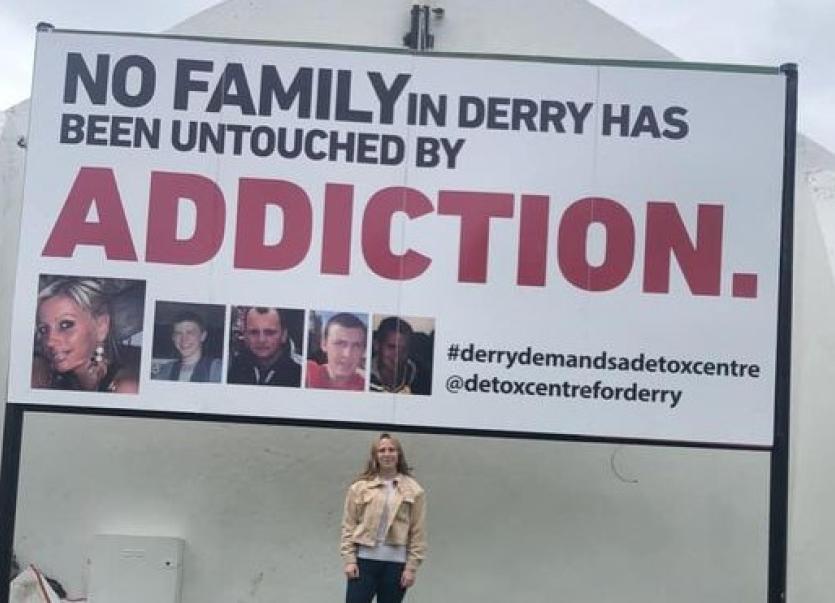 A banner was unveiled at Free Derry Corner this evening in support of a campaign to have a detox centre opened in the city.

The campaign is being led by local teenager Tamzin White whose mother, Louise, died earlier this year as a result of alochol addiction at the age of only 40.

Other members of Tamzin's family have also died from addiction.

In honour of them, eighteen-year-old Tamzin has launched the campaign for the creation of a local detox centre to help those fighting addictions.

Speaking at the unveiling of the new banner this evening, Tamzin she had been overwhelmed by the support she has received.

She said she would 'keep pushing' until a new detox centre was opened in the city.

On Friday, Tamzin met with Health Minister Robin Swann when he visited Derry and spoke to him about the need for better addiction treatment services in the city.