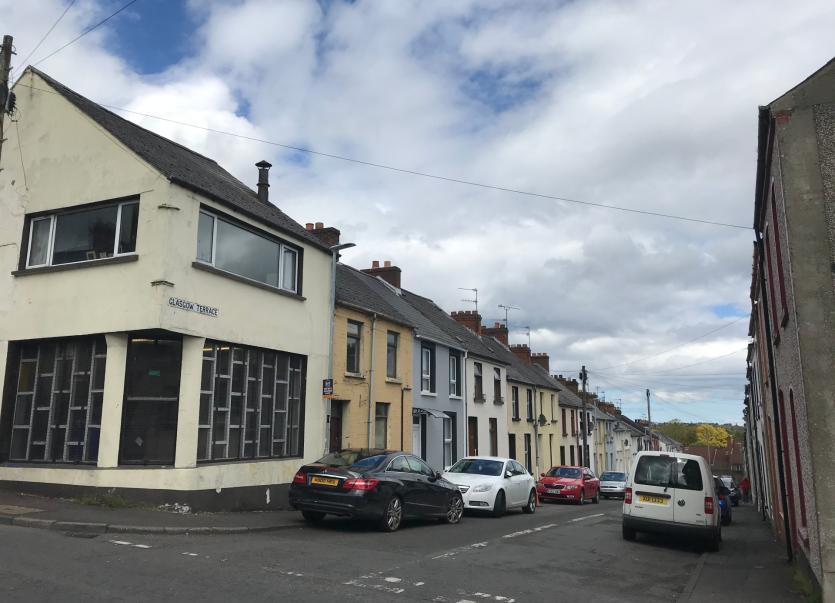 Plans to convert a terraced house in an historic part of Derry into two apartments have been refused.

Members of Derry City and Strabane District Council's Planning Committee said they had concerns that the proposal would have set a precedent for similar applications.

The owners of a terraced house at Glasgow Terrace in the Glen area of the city had applied for planning permission to convert the property into two one-bedroom apartments.

Planning officers within the council recommended that the application should be refused.

Among the reasons for refusal, the officers stated in a report, was that the size of the property meant it was not suitable for conversion to flats.

A representative for the owners of the property told a meeting of the council's Planning Committee last week that the two proposed apartments would be 'high end' and would help address the 'chronic' need in the city for accommodation for single people.

However, despite the arguments put forward, councillors on the committee refused the planning application.

SDLP councillor John Boyle said the house was outside the 'designated flat zone' in the Derry Area Plan.

“It is important to safeguard the character of these particular residential areas,” he said.

“These houses are still in my view suitable for family accommodation.

“In truth, the propoal here is for two tiny flats and if we move below the threshold of 150 metres squared, for me that would be the straw that breaks the camel's back and where do we stop in relation to that.

“I suppose in some senses there is a suggestion here that buyer beware because what is being suggested here with all due respect are two flats which, for what of a better way of putting it, you couldn't swing a cat in.”

Cllr Boyle said it was called Glasgow Terrace for a reason as the houses and surrounding streets had been built to accommodate workers who had come from Scotland to work at the Derry shipyard.

“We all know of the size of the type of accommodation that workers like that were expected to live in with their families. These are by no means large family accommodation.

“However, I do feel that they should still be retained for families,” he added.

People Before Profit councillor Shaun Harkin said he agreed with the refusal of planning permission for the house conversion.

Cllr Harkin said there was a 'crying need' for flats for single people in the city but added that there was also an issue around the 'quality' of such accommodation.

“If we agree to this now I think that will then set a precedent that makes it very hard to row back from when the next application comes before us and then we have a problem with tiny apartments and I think that is not the way we want to go.

“I think we need to keep pressing for the kind of quality apartments that we need.

“This is still a very residential area and I hope that the applicant will do up this house so a family can live in it and not retreat from the plan to fully renovate it.”

SDLP councillor Sean Mooney said he had been 'born and reared' in the street next to Glasgow Terrace.

“I know that area very well and I know the houses as I lived in exactly the same type of house.

“They should be primarily used for families and I do not think they would be suitable for those type of units.”

Sinn Fein councillor Christopher Jackson said he agreed with arguments put forward by the developer in relation to the need for accommodation locally for single people and the number of derelict properties in the local area.

Cllr Jackson said these were issues that the council were working to address, but added that he agreed with the comments made over the decision to refuse planning permission for the Glasgow Terrace property.