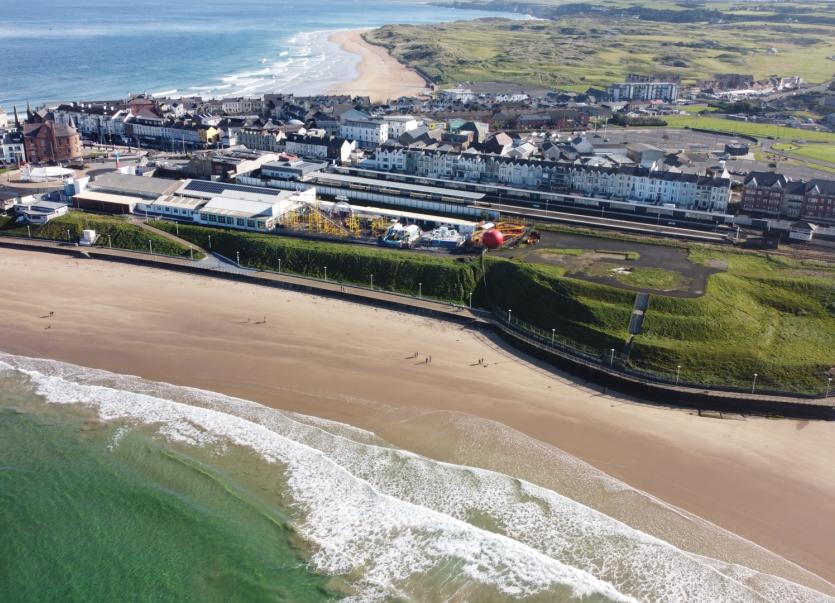 The owners of Barry's Amusements in Portrush today said they have restarted the process to sell the site on which the famous business is located.

The owners, the Trufelli family, put the site of the amusement arcade up for sale in October 2019.

However, the process has been hampered by the pandemic.

In a statement today, the Trufelli family said that as things return to a 'more favourable economic environment', it is their intention to re-market the business for sale.

“Whilst our hope is that we will be able to sell the business as a going concern, we recognise that it may not be possible to find a suitable purchaser,” the statement said.

“As a result, we have appointed Savills and Philip Tweedie & Company to market the site as both a going concern and a development opportunity.

“Barry’s continues to remain closed in line with Covid restrictions and will not re-open until the sale process has concluded.”

The Barry's site has been placed on the market with a guide price of £2.75m.

The high-profile seafront site is situated in the heart of the town, between the newly renovated Portrush Train Station and The West Bay Beach.

The sale is being handled by joint agents, Savills and Philip Tweedie & Company, on behalf of Barry’s Amusements and is being marketed as a development opportunity but equally would not disregard the potential purchase as a going concern.

A feasibility study undertaken by Savills has revealed that the site could be developed for several uses, including a 120-bed hotel, 23 residential dwellings or a combination of both, in addition to leisure and recreational facilities.

Barry’s Amusements first opened at 16 Eglinton St. in 1926 and has remained one of the most popular family attractions for visitors to the area.