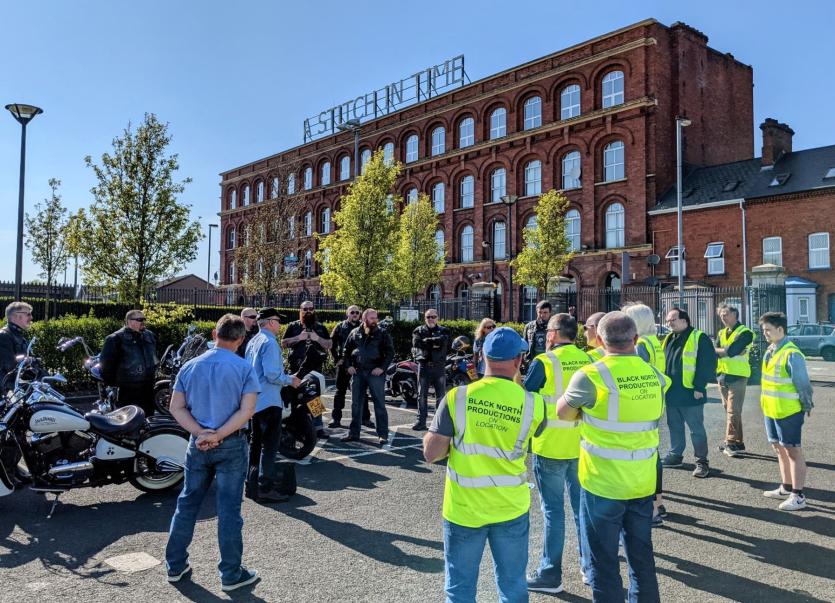 A Derry company is to make a movie telling the story of the grief of those who lost loved ones to Covid-19.

Local independent film company, Black North Productions, are currently preparing for their new short film, 'Grief,' which is based around the loss of relatives and friends who have died due to Covid-19.

The film will tell the story of the loss of a granny and uncle and the fact that their close relatives never got to say goodbye or even attend their funerals.

A local undertaker has agreed to provide a hearse and coffin and two local biker clubs, The Exiles MCC and The Centurions MCC, will escort the hearse into the city and will take part in the filming.

A local choir will also be signed up and for the shoot and they will perform several hymns to add to the serenity of the piece.

'Grief' is a significant undertaking and will be funded entirely by Black North.

Although the pandemic has prevented many of their plans from proceeding, the film company are also putting the final touches to 'Stealth,' a feature film that is set in both 2021 and 2065.

The film will premiere online next week.

'Stealth' will feature a host of local talent and as always, first time actors are given an opportunity to become involved in the world of film.

Black North’s aim is to make the city a hub for film making and theatre and they intend to promote the city in every way they can.

To date, almost 10,000 people have viewed their films on Youtube and with an extensive programme planned for the remainder of the year - look out for updates in the Derry News and on their Facebook page for their new films, including a new documentary about the city and an alternative news programme later in the year.

A spokesperson for Black North Productions welcomed the current projects.

“It’s all happening at Black North and given that we receive minimal funding, we are producing high quality films tackling a whole range of issues and highlighting the city as creative hub that leads, but never follows,” said the spokesperson.