90 jobs will be created with the introduction of the store to the town. 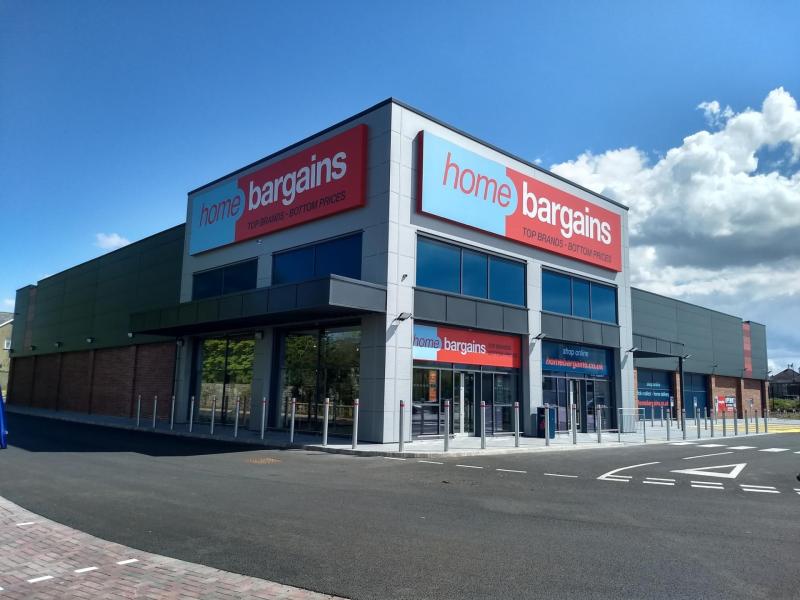 A new £4 million retail store is set to open in Limavady at the weekend, bringing 90 new jobs to the County Derry town.

Home Bargains, one of the UK's largest family-run retailers, will officially open their new store on Catherine Street at 8.00am on Saturday May 8.

One local charity is set to benefit from the retailer's presence, with cross-community charity Limavady Community Development Initiative (LCDI) to receive a £2,000 donation from the company.

The group employ 70 people and have delivered a range of innovative projects throughout the area and further afield since their foundation in 1987.

Wendy McAleese, LCDI's Finance Officer, said the group were grateful for the donation.

"On behalf of LCDI, I want to say how delighted we are to have been selected by Home Bargains as its nominated charity on the opening of the new store here in the town," she said.

"This generous donation will help support a number of our projects across the borough, such as Roevalley Community Meals, Limavady Food Bank & Social Supermarket, Limavady Toy Bank and many others.”

The 17,567 sq ft store in Limavady joins over 500 similar stores throughout the UK, and will come with its own in-store bakery.

Manager Ryan Kealy has expressed his pride at the development.

"“Having worked in retail for eight years, I’m thrilled to be joining the Home Bargains team," he said.

"This is certainly a special moment and one I’ll cherish for the rest of my career. Catherine Street will be a great location for us and we’re proud to be able to offer local people top-branded goods at exceptionally low prices.”

"This is great news that Home Bargains is opening in Limavady this weekend with the creation of 90 jobs," she said.

"This is an excellent retail addition to the town. I am delighted to see this investment in East Derry and it will be a boost to the local economy, particularly as we emerge from lockdown and the economy recovers from the impact of the Covid-19 pandemic.

"It is particularly good news as well that the local charity Limavady Community Development Initiative is to receive a £2000 donation from Home Bargains."