The motion has been proposed by Limavady councillor Aaron Callan. 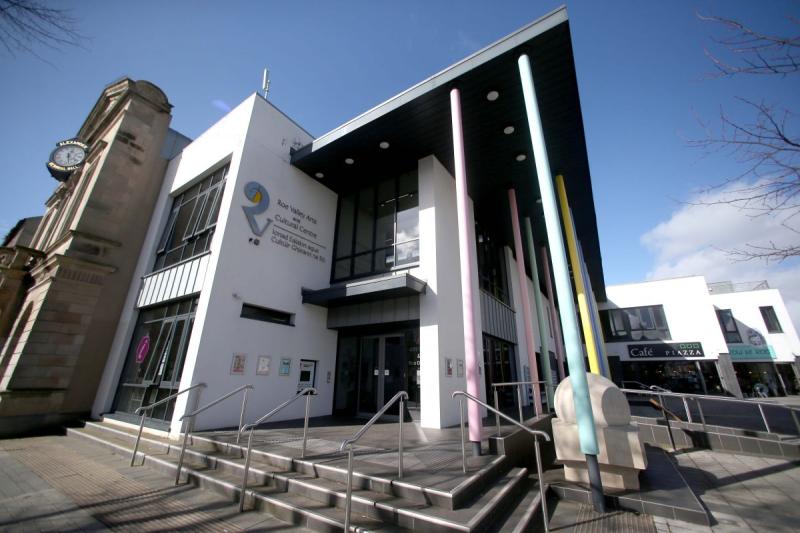 Roe Valley Arts and Cultural Centre is among the buildings mentioned in the proposal to fly the Union flag all year round.

A local council will tonight hear a motion that seeks to have the Union flag flown on council and civic buildings all year round.

The proposal, brought by Cllr Aaron Callan of the DUP, seconded by the UUP's Richard Holmes and supported by Alderman Alan Robinson (DUP), Cllr Russell Watton (PUP) and Independent Cllr McCandless, would see the Union flag flown on the buildings for 365 days a year.

Despite length debate when Limavady, Ballymoney, Coleraine and Moyle councils were merged to form Causeway Coast and Glens, legacy council buildings followed their existing policies, with the flag flying all year round at council headquarters in Cloonavin.

Tonight's motion is seeking to have the flag flown all year round on all council and civic buildings, with specific reference to Roe Valley Arts and Cultural Centre made within the proposal, which cites new guidelines drawn up by the UK Government's Department for Digital, Culture, Media and Sport as its foundation.

"That this Council falls in line with the new guidance published by the Department  for Digital, Culture, Media and Sport to have the Union flag flown on Council and Civic buildings every day (365 days)," it reads.

"This list of buildings will be reviewed on an ongoing basis. The Union Flag is the National Flag of the United Kingdom, and it is so called because it embodies the emblems of the constituent nations united under one Sovereign – the  Kingdoms of England and Wales, of Scotland and of Northern Ireland."

Over the last few weeks, Mayor Mark Fielding has sent a number of motions, including the proposed memorial to LGBTQ rights campaigner Mark Ashton, to various committees.

He will decide if the motion on flags will be heard tonight or moved to Committee.