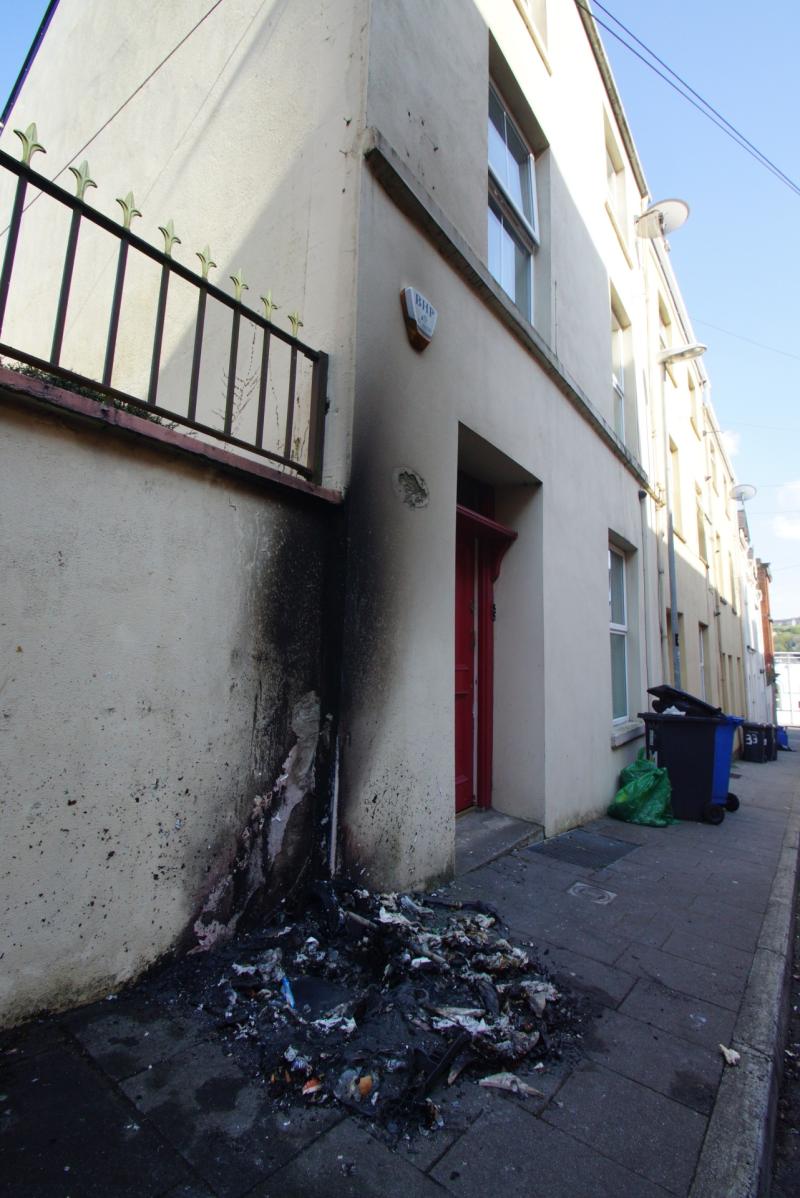 A man accused of trying to burn down a nightclub in Derry last year has been charged with further arson offences.

Sebastian Szczap, a 23-year-old Polish man with an address at Kular Court in Derry, is currently on bail awaiting trial for allegedly setting fire to Envy nightclub on January 9, 2020.

The Strand Road nightclub was completely destroyed in the fire and had to be knocked down.

Szczap appeared in court on Saturday charged in connection with a recent spate of arson attacks in Derry.

Between 2am and 3am on Sunday, April 25, a number of incidents took place in and around the city centre.

A police officer told the court hearing that a number of wheelie bins were set on fire.

These include locations at William Street, Hawkin Street, Grove Place and Kennedy Street.

The officer said the fires caused approximately £6,000 worth of damage.

He said two large industrial bins costing £180 each, and which were being rented by the 720 Bar, were set on fire at William Street.

The officer said that seven refuse bins were set on fire within the vicinity of Grove Place and Hawkin Street.

He said that four of bins were alleged to have been moved from the kerbside and pushed up close to properties, endangering lives and causing damage to the properties.

The officer said another bin was set on fire behind houses at Kennedy Street.

The bin was very close to a van which subsequently got fire, causing £5,000 worth of damage to the vehicle and clothes inside.

The officer said that police watched CCTV footage from the area and said they were able to identify Szczap as having been involved in the attacks.

The officer said the CCTV footage showed the defendant leaving Kular Court at approximately 2am, breaching his bail conditions in relation to the arson charge for the Envy fire.

The officer said Szczap was seen in the footage to be wearing a blue hooded top, blue bottoms and black trainers.

Through the CCTV, the officer said, police were able to follow the defendant as he visited each location where the fires occurred before returning to Kular Court at 2.50am.

The officer told the court that police searched Szczap's home and searched a number of clothing items before he was arrested for a a total of eight arson offences.

A bail application was made at the court hearing on Szczap's behalf.

However, the PSNI officer said that police would object to bail as they believed he would commit further offences.

“He is currently on bail awaiting trial for a high profile arson case in which a prominent nightclub, Envy nightclub, was burnt to the ground in January 2020.

“Even after spending a substantial amount of time on these separate arson charges the defendant has failed to change his behaviour and police believe he poses a real and imminent threat to the public.”

The officer said Szczap's 'blatant disregard' for other people's property and what appears to be an 'obsession with starting fires' could only be described as a 'lethal combination'.

He added that police were concerned that if released on bail, Szczap's offending could escalate and pose a 'severe danger to the risk of life'.

The officer added that the defendant had nine previous convictions, four of which were for criminal damage.

A defence solicitor suggested that the CCTV footage was the 'only' evidence against Szczap.

However, the solicitor claimed that the identity of the person in the footage was 'totally indistinguishable'.

The judge, however, said he believed that Szczap posed a 'clear and present' danger to the public and the bail application was refused.

He is due to appear in court on May 18 for arraignment in relation to the charges in connection with the Envy arson attack.

The case in connection with the new arson charges was adjourned until May 20 for Szczap to appear at Derry Magistrates Court via video link.