Thousands of pounds of damage was caused during the incident last month. 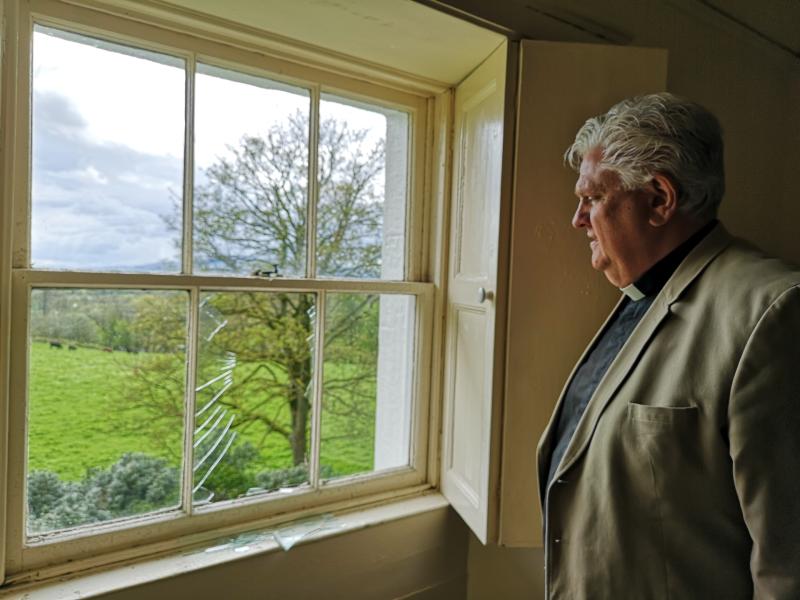 Police are appealing for information after thousands of pounds of damage was caused to a historic County Derry rectory following a spate of vandalism last week.

The repair bill is thought to be around £10,000 after several windows at the 19th century Georgian rectory, which serves St Lurach's Church of Ireland Parish, Maghera and Killelagh were damaged in the incident.

The building is in the process of being refurbished, and the windows had recently been reinstalled at a cost of £70,000. 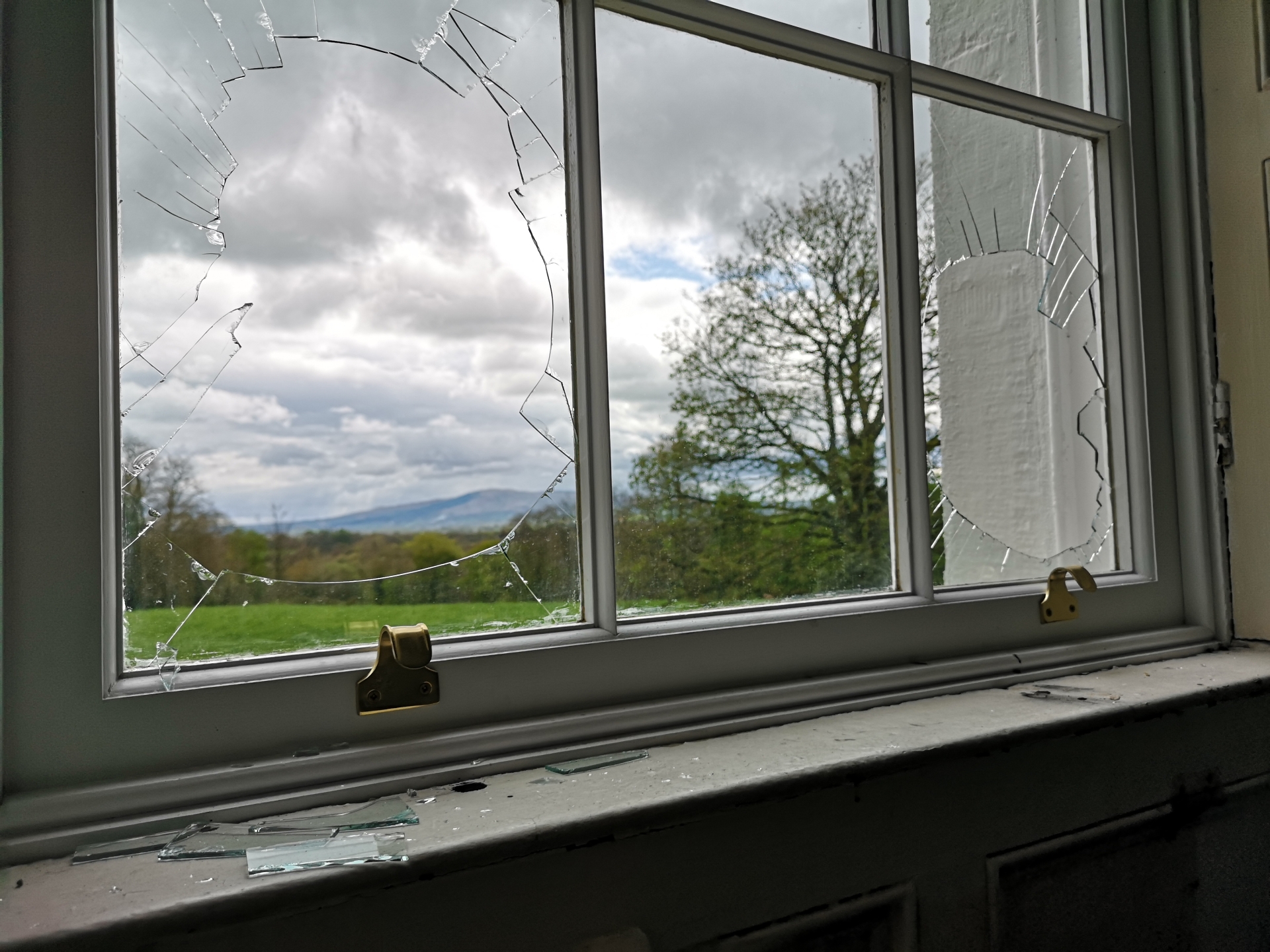 Damage was caused to a number of windows at the premises.

“The building is around 220 years old. At one time, the bishop of Derry lived in it and at that time, St Lurach's parish was one of the leading parishes in the whole of Derry and Raphoe,” he said.

“Many parishioners now feel very angry and upset after spending this money to leave a superb job and they now feel let down that someone should come and vandalise their precious rectory.

“People are proud of their church and see this vandalism as not only harming the rectory, but harming the people themselves, who have paid well to see this refurbished.

“At this time in lockdown, money is not in a bottomless pit, but we must repair it and get it back to its former glory.” 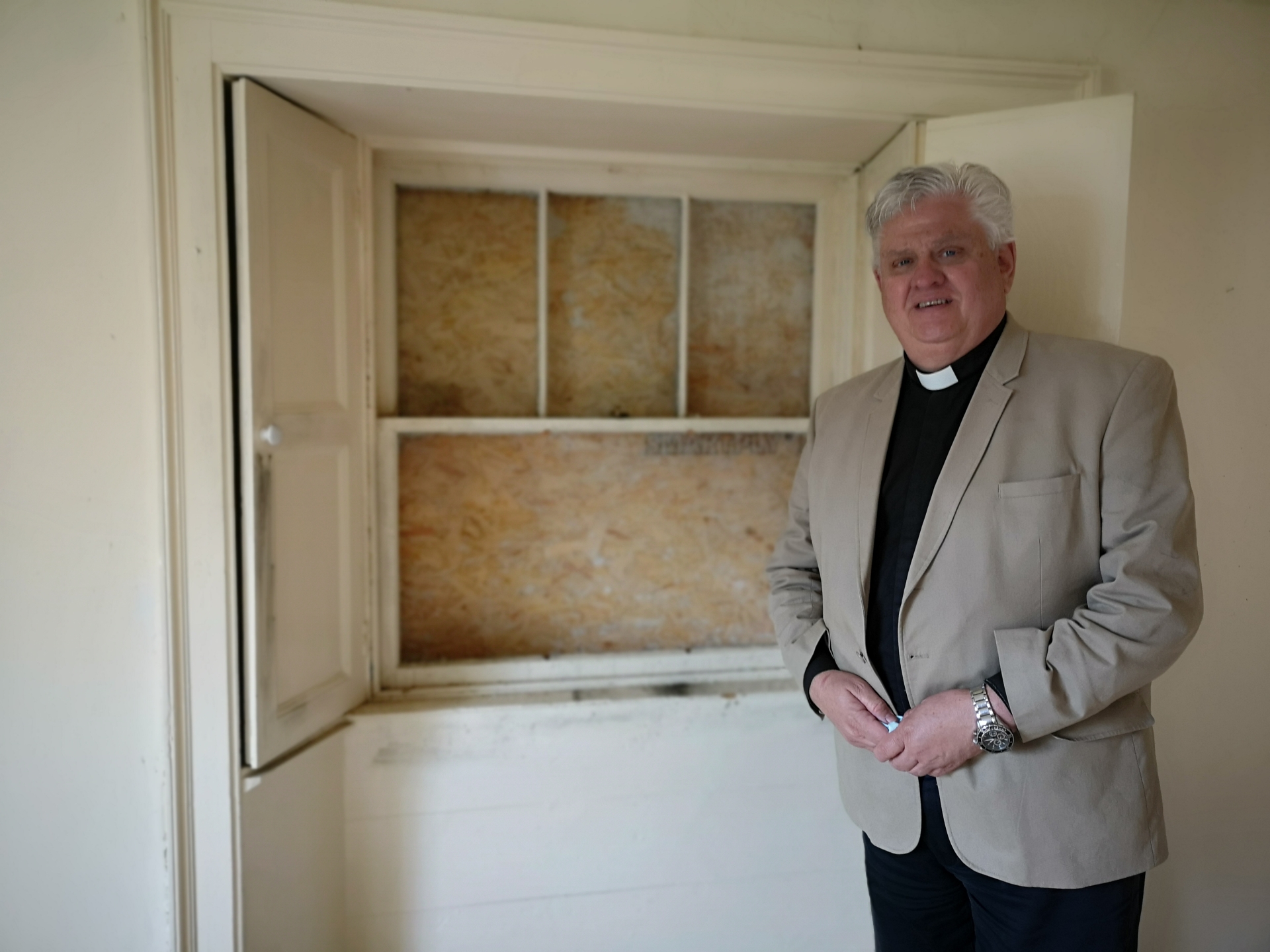 Rev Kerr pictured where the vandals entered the historic building.

Rev Kerr said security measures would be put in place to protect against any future incidents of vandalism at the rectory.

“Another added cost will be the erection of five or six security cameras, which will be going up in the next few days,” he said.

“I would like to assure the persons or person who entered our building that I did pray for them. I prayed for justice and both the PSNI and CSI taking fingerprints.

“They have launched a full-scale investigation into the criminals or criminal who entered our building, and let's hope that justice is done by apprehending these people.

“We have felt a great warmth of feeling from the community, not only from other clergy and our own Bishop, but from councillors and MLAs.

“They have contacted me and wished us the best on our refurbishment and the apprehension of those who entered our superb, historic rectory.”

The PSNI confirmed they are investigating the incident and appealed for anyone with information to come forward.

“Sometime between 5.00pm on Thursday April 22 and 6:20am on Friday April 23, it was reported that entry was gained to a vacant premises in the area,” said Inspector Knipe.

“It was reported that a number of windows were damaged during the incident. The cost of the damage caused to the property on Tobermore Road, which is undergoing renovation, is thought to be in the region of £10,000.

“Enquiries are continuing and we would appeal to anyone with any information in relation to this incident to contact police on 101, quoting referenve number 346 23/04/21.

“A report can also be made online via http://www.psni.police.uk/makeareport/ or call Crimestoppers anonymously on 0800 555 111 or online at http://crimestoppers-uk.org/.”