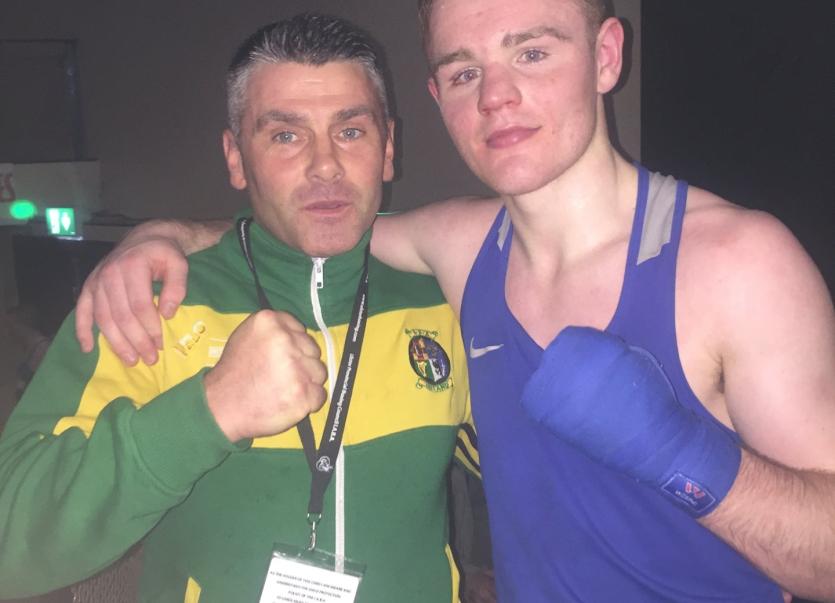 Christy Doherty (left) with Brett McGinty, a nine times Irish amateur boxing champion, who has gone on to turn professional.

A Derry man has written a new book which combines two of his passions – boxing and selling.

Christy Doherty has worked in a variety of senior sales roles throughout his career.

Outside of work, the 44 year-old has coached some of the local region's top boxers.

He has now combined those two interests in a book which he hopes will help people use classic boxing skills to help them become better sales people.

The book is called Think and Sell Big – 12 Rounds of Hard Hitting Principles for Knockout Results in Sales.

Mr Doherty, a former amateur boxer and kickboxer who has been a coach at OakLeaf Boxing Club for 10 years, said he hoped readers will gain a lot from the book.

“It has been written from the perspective of the hungry young salesman I was, who like any other was eager to impress but at times appeared too eager,” he said.

“That determination to succeed in many ways hampered my ability to sell.

“To become successful in sales I had to look within as opposed to outside myself to change the results I was getting.”

“For a long time I was told I was born to sell, I had the 'gift of the gabb' that selling came easy to me bla bla bla,” he said.

“But the truth be told that was not the case inside my mind.

“I felt nervous in large crowds, uneasy walking into a busy room, got sweaty and uncomfortable if I was told I had to make a presentation and also got a horrible feeling in the pit of my stomach that turned my voice into a whimpering wreck when I had to speak publicly.

The book is now on sale through Amazon or you can order a copy on the website www.salesfighters.com.