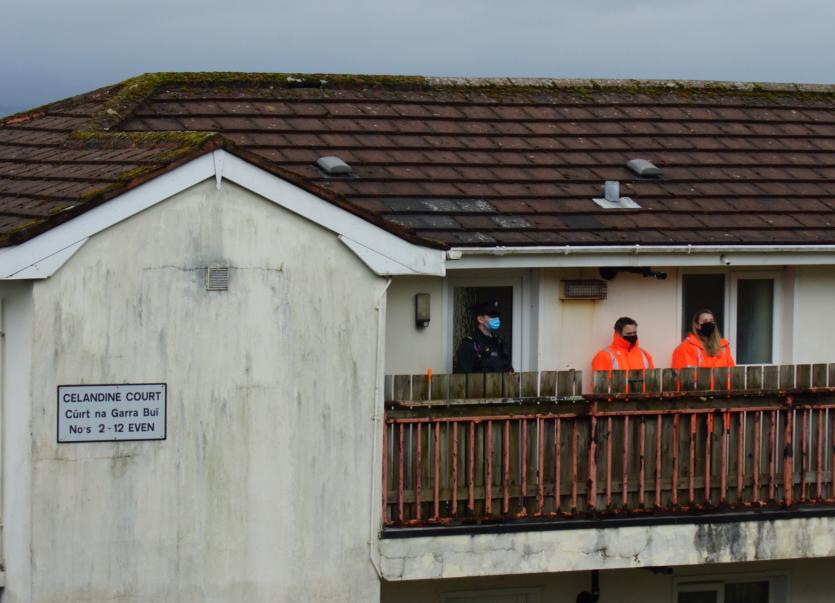 PSNI and Police Ombudsman officials pictured at the scene of the recent incident in Gobnascale.

A man shot by police during a recent incident in Derry is to appear in court tomorrow charged with attempted murder.

The 42-year-old man was shot in the chest during the incident at a flat at Celandine Court in the Gobnascale area on Saturday, April 17.

A PSNI officer sustained knife wounds to his hand and head during the incident.

The circumstances of the Gobnascale incident are currently being investigated by the Police Ombudsman.

The PSNI tonight said that the 42-year-old man has been charged with attempted murder.

He is due to appear at Derry Magistrates Court tomorrow.