Prominent building in Derry's city centre to get a £7.6m refurbishment

Orchard House being reconfigured to make space for more workers 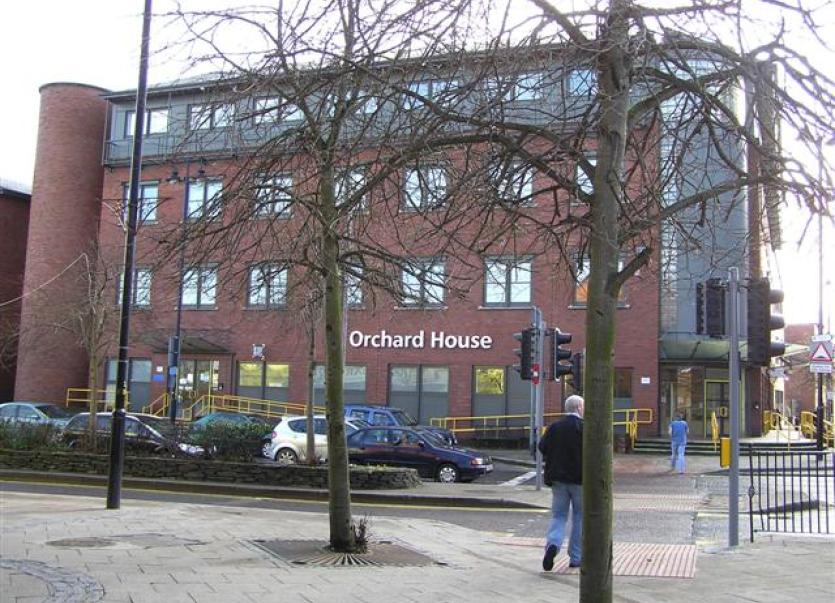 A landmark building in Derry's city centre is to get a £7.6m refurbishment.

Orchard House at Foyle Street has been home to a number of government departments in recent decades.

The building, which is owned by the Department of Finance, is to now receive a major refurbishment which could see it provide accommodation for an additional 200 staff.

A tender has been issued seeking applications from companies for the project.

It will see the layout of the building completely reconfigured and its lift system upgraded.

The plan is for the work to start in November of this year and be completed within 20 months.

Among the government departments whose staff have been accommodated at Orchard House are the Department of Agriculture and the Planning Service.

However, following the transfer of planning powers from the Department of the Environment to local councils when the 11 new councils were set up in Northern Ireland in 2015, Planning Service staff in Derry relocated from Orchard House to the headquarters of Derry City and Strabane District Council at Strand Road.

It is also understood that staff from the Department of Agriculture have been relocated in recent years from Orchard House to the department's new headquarters in Ballykelly.

Therefore, it remains unclear what departments will be based at the Orchard House when the major refurbishment is completed.

It has been suggested that local council staff could be relocated from the current Strand Road headquarters to the city centre if plans for the expansion of the Magee campus of Ulster University move forward.

The university has said it would like to move on to the Strand Road site currently occupied by the council.

If this move happens, then the council has said it will relocate its staff into the city centre.

A council spokesperson last year said talks had taken place about a potential move to the city centre.

If this happens, then the newly-refurbished Orchard House would be seen as a possible location for the council staff.

However, the impact of the pandemic on working patterns will also be taken into account.

With so many council staff having worked from home over the past year, it is known that the council is looking at a 'hybrid' working pattern for when things return to 'normal'.

This could include staff being allowed to divide their working week between working from home and time spent in an office.

If this is given the go-ahead, it could have an impact on the size of accommodation needed by the council should the move to the city centre happen.