The decrease comes in a week that also saw a 6.7% increase in testing. 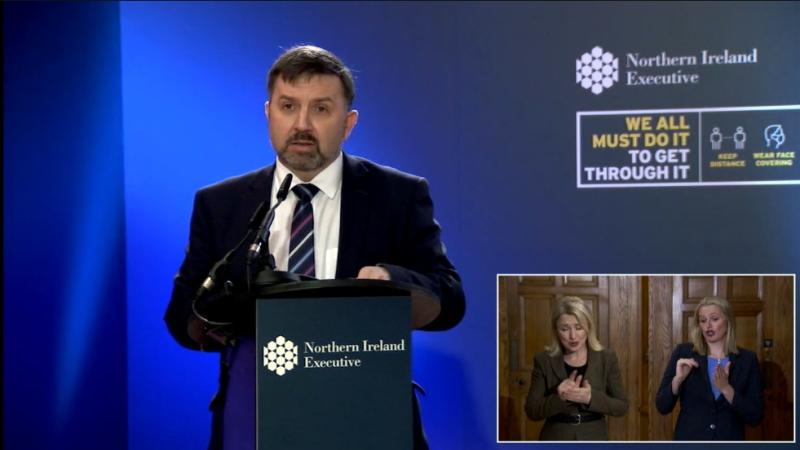 The number of positive cases of Covid-19 identified across County Derry's postal areas has fallen for the first time in three weeks.

This is despite there being an increase in the number of tests carried out.

A total of 6,123 tests were carried out within the county over the last seven days, with 185 testing positive for the virus, representing a 13.1% fall in cases. 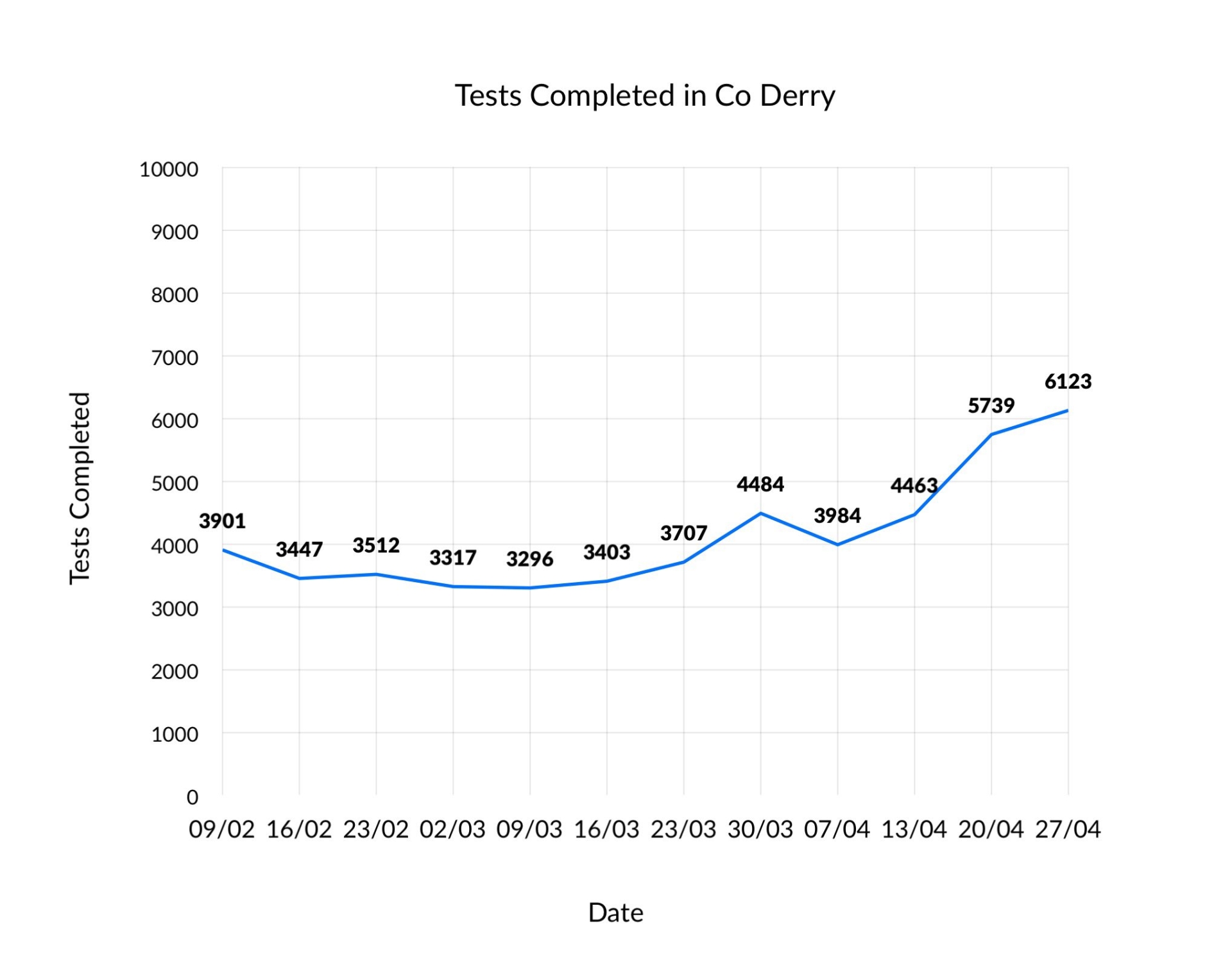 Derry's rate per 100,000 of population also fell to 74.6 but remains almost double the overall NI figure of 36.7, while the county's positive case percentage dipped again to 3%.

Maghera's BT46 postal area now has the highest rate per 100,000 of population after 17 identified cases saw it rise to 149.1, the fourth highest rate across Northern Ireland for the last seven days. 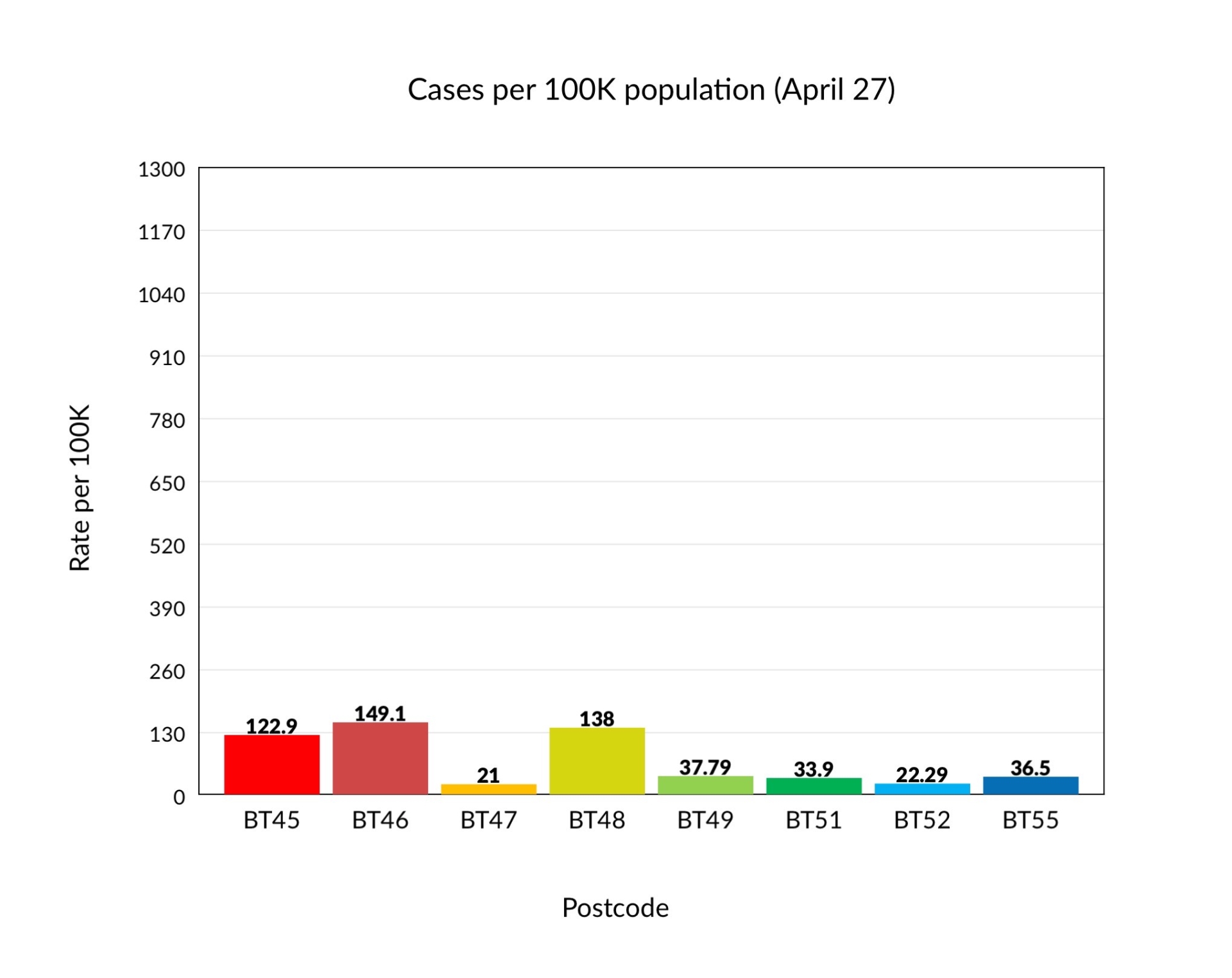 There were three Covid-related deaths in the county's local government districts over the last week; two in Mid Ulster and one in Derry City and Strabane. There were none in Causeway Coast and Glens.

Fourteen patients are being treated for the virus in Altnagelvin Hospital, an increase of five from the previous seven days, while there are 12 in Antrim Area Hospital, a decrease of six.

A total of 912,444 first doses of the Covid-19 vaccine have now been administered in Northern Ireland, representing 48.2% of the population.

A total of 347,034 second doses have also been given, meaning 18.3% of the population are now fully vaccinated against the virus. 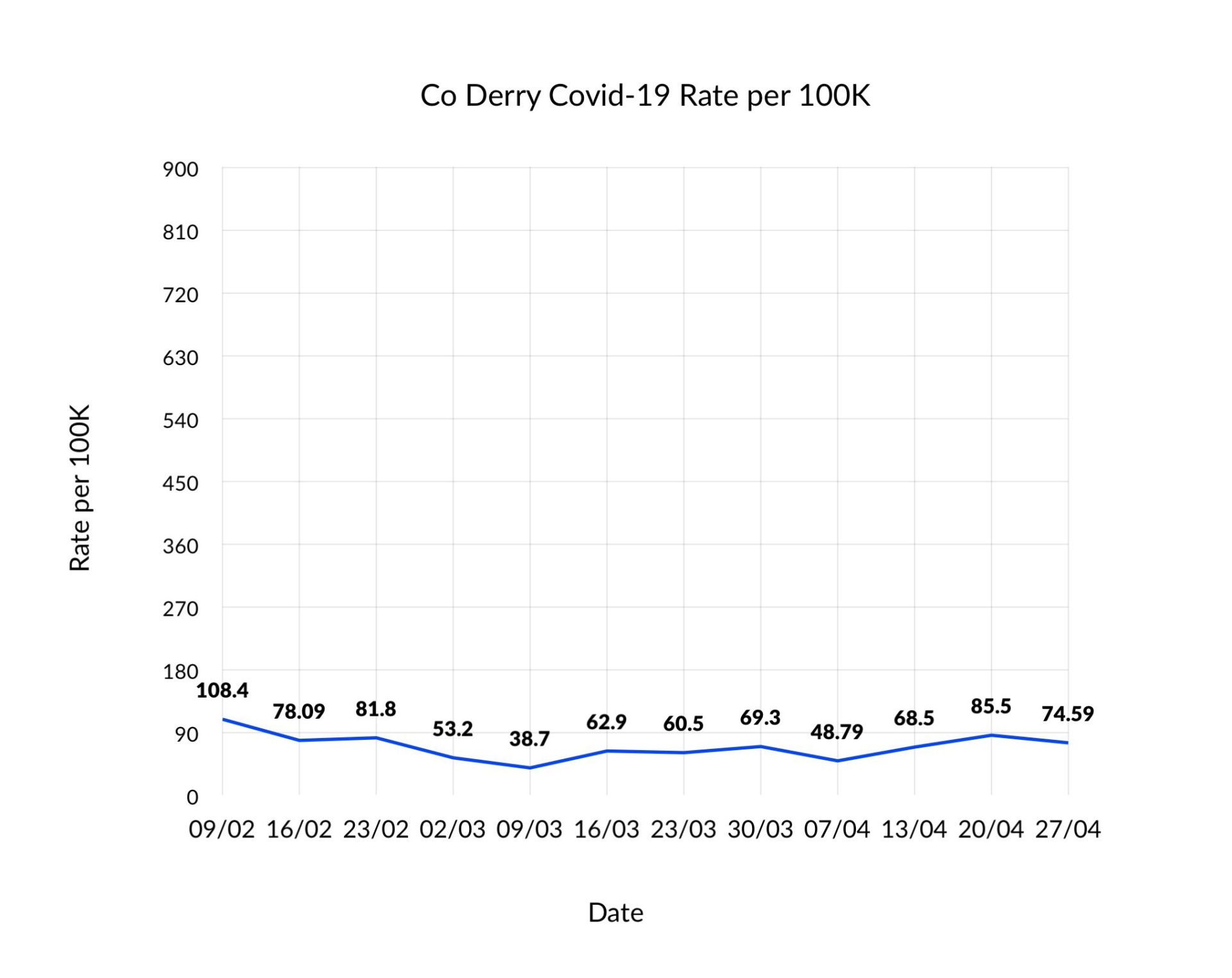 As restrictions related to the virus begin to recede, the vaccination programme has now opened to those in the 35-39 age group.

Health Minister Robin Swann urged those in the younger age groups to protect themselves against the virus.

“I know this will be welcome news for those in this age group and I would urge people to book a vaccination appointment as soon as possible,” he said.

“This week we will see further easing of restrictions with the re-opening of non-essential retail, gyms, leisure facilities and some tourist accommodation. 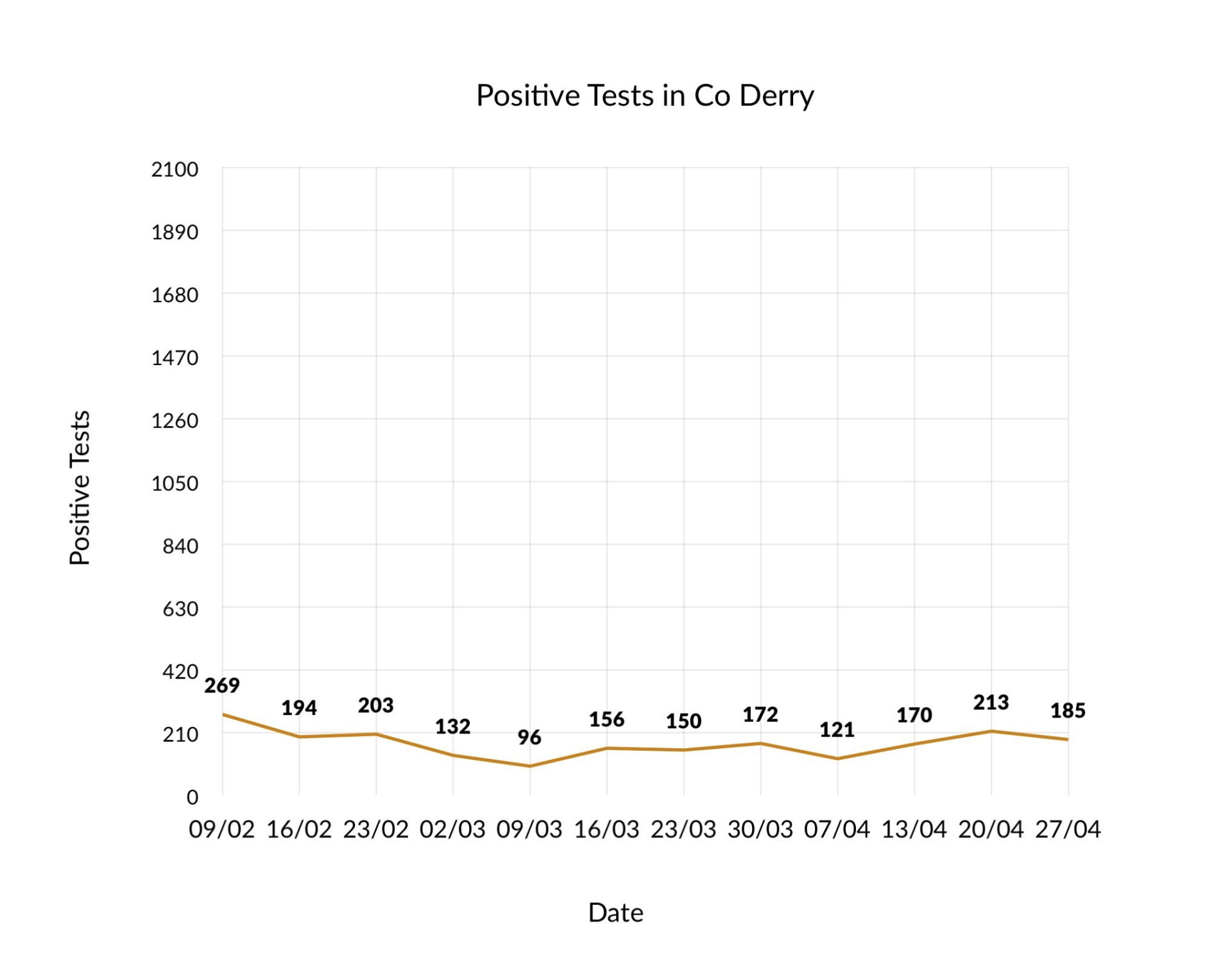 “These easements have only been possible because of the success of the vaccination programme, coupled with the actions of the general public.

“I know there are some younger people that think they don’t need the vaccine but we have seen what this virus can do.

"So please protect yourself and get the vaccine.

“Vaccination is absolutely vital in helping us move through this pandemic.

“There is no doubt that there are people in Northern Ireland alive today because they have been vaccinated.”