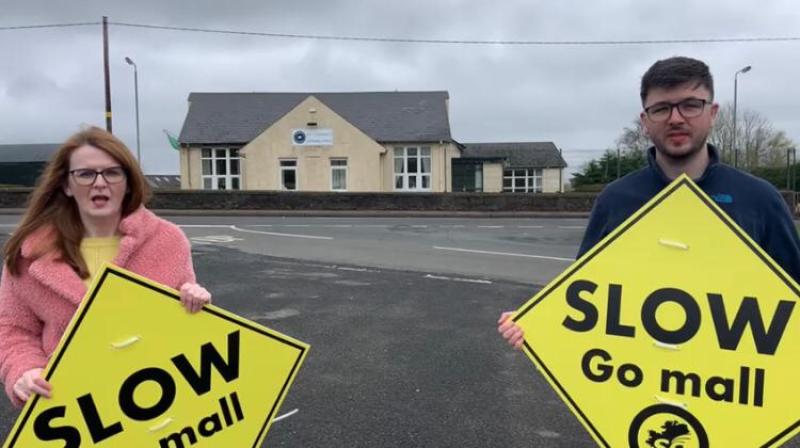 Sinn Fein MLA Caoimhe Archibald and the party's councillor for Bann, Sean Bateson have called for the extension of the 20mph speed limit roll out to include St. Columba’s primary schools in Ballerin and Kilrea.

The Sinn Féin representatives made the call following the latest announcement by the Department for Infrastructure that further schools are set to be introduced with 20mph speed limits.

“While it is welcoming news that many local schools are set to avail of the 20mph speed limit, it is imperative that further schools are granted these reduced speed limits,” she said.

“Speeding is a common issue which is raised to us as public representatives particularly outside schools where the risk of accidents/fatalities is much greater.

“The 20mph speed limit is a fantastic scheme which reduces the risk of speeding greatly but it needs to be rolled out wide spread.”

Cllr Bateson said there was an urgent need for the traffic calming measures.

“Having engaged with local schools, St. Columba’s primary schools in Ballerin and Kilrea, it is without question that there is a serious need for further traffic calming measures at these schools,” he said.

“We have sent representation to the Department for Infrastructure calling on the 20mph scheme to be extended to these particular schools.

“We are seeking a commitment that these schools will be included in further roll outs of this scheme and are asking the department to treat both St Columba’s primary schools as high priority.”