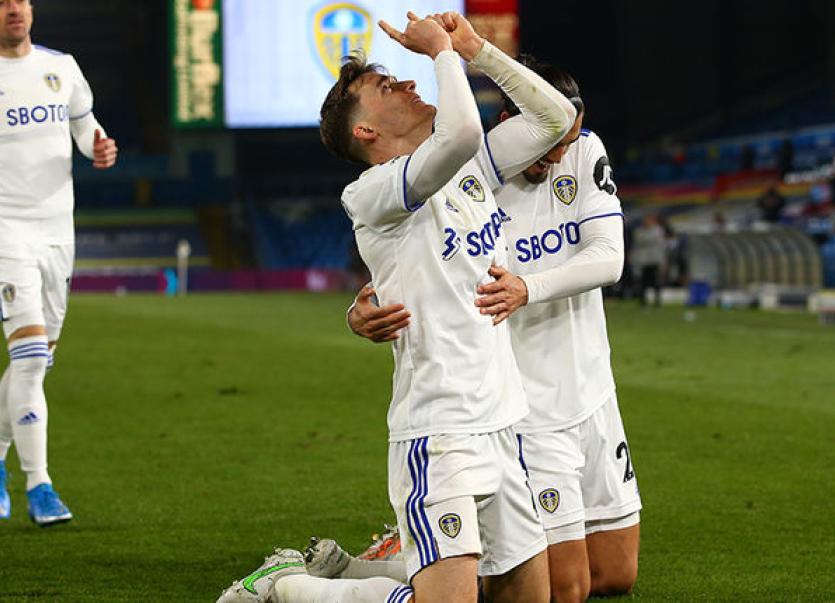 Leeds United are currently having a great season in the Premier League.

A Derry school is to team up with a famous football club.

Leeds United Football Club launched the college for students aged 16 to 18 in September 2019.

The new partnership will enable young people in Derry to learn from industry experts via virtual learning sessions with Leeds United College staff.

The local school as been building partnerships and creating a network of educational partners both nationally and internationally to help provide a multitude of new opportunities for both pupils and staff.

Established in 2004, Lisneal College became a co-educational post-primary school as a result of the amalgamation of Clondermot High School and Faughan Valley High School.

In 2006 the school moved to a state-of-the-art campus in the Waterside area of the city and after a significantly challenging period for the school, it has gone from strength to strength since.

Since 2016, Lisneal College has enjoyed the most successful period in its history.

Examination results have soared, and the school even won the UK STEM School of the Year award in 2018.

Renewed confidence in the school has also seen enrolment increase from 576 pupils in 2017 to over 1,000 registered for the 2021/22 academic year.

Principal, Michael Allen, puts the success of the school down to hard work, aspiration and teamwork.

“Teamwork and aspiration are central to our ethos. We teach our young people that anything can be achieved if you work hard and remain determined. When opportunities arise, we want our young people to be confident and ready to grasp them.”

He added: “After speaking with the staff at Leeds United College we were confident that education and supporting young people to fulfil their potential is their priority.

“It is fantastic to see that a world-renowned football club and institution such as Leeds United share our values in nurturing and developing young people to follow their chosen educational pathways.

“Leeds United is a huge club and we are delighted for them to be part of our future. There is a real buzz around school as a result of this announcement and we are sure that our city will be delighted to see Leeds United make a difference for our young people.”

In order to provide more sporting opportunities for students, Lisneal College became official partners of Maiden City Soccer Academy in 2018, and they will also form part of the new partnership.

As part of this partnership, youngsters will be able to take part in the Sports Academy Programme, studying a combination of A-Levels and vocational qualifications including a BTEC Extended Diploma in Sporting Excellence and Performance.

Maiden City Soccer Academy coaches will provide training sessions across the school week to help develop players’ technical soccer skills and knowledge of the game whilst Leeds United College will be able to provide opportunities for players to showcase their skills and abilities during talent identification sessions planned for June 2021.

The partnership is the first of its kind in Northern Ireland.