Application on behalf of Danny O'Neill's bar is turned down 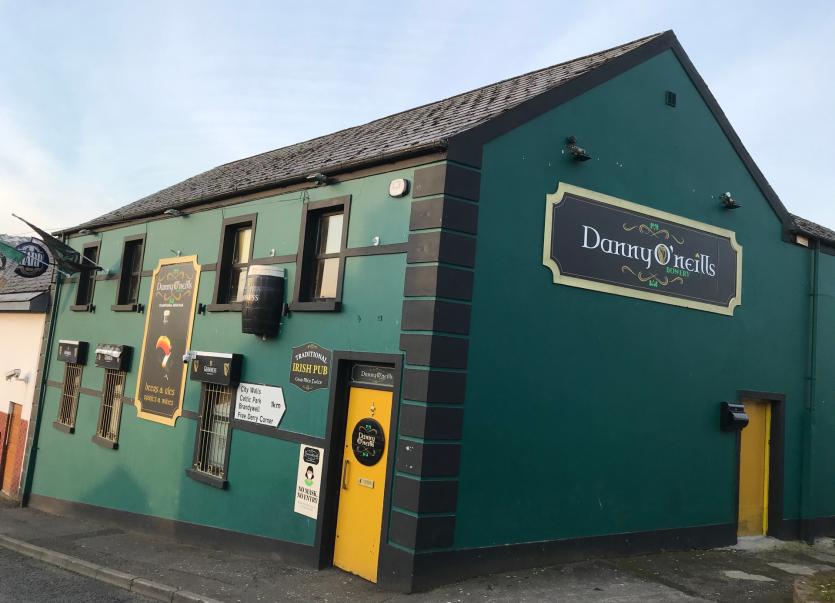 Derry City and Strabane District Council has refused to renew an entertainments licence for a local pub after complaints from local residents.

The current licensee of Danny O'Neill's pub at Ferguson Street had applied for the renewal of the licence.

It would have allowed the premises to provide entertainment and to stay open to 1am on Friday and Saturday nights and midnight on Sundays.

However, two local residents submitted objections to the renewal application.

They claimed that they had been suffering as a result of noise coming from the bar and the alleged anti-social behaviour of customers emerging from the pub.

The matter came before a meeting of the local council's Health and Community Committee yesterday.

A PSNI officer told the meeting that since 2014 there have been seven different licensees of the Ferguson Street pub, which was previously known as the Bowery Bar.

He said that every one of those licensees had 'residential issues'.

The PSNI officer said the current licensee had taken over the bar in September 2019.

One of the residents who had objected to the renewal of the bar's entertainments licence spoke at yesterday's meeting to give details of her family's experience.

As well as the late-night noise, she claimed there had been fights outside the bar and glasses and bottles broken in the street.

She also alleged that customers emerging from the bar had urinated against local houses.

A statement was read out at yesterday's meeting on behalf of the licensee of Danny O'Neill's bar.

In it, he said that he believed they have a 'good relationship' with local residents.

He said that apart from the complaints in relation to the renewal of the entertainments licence, he had had nothing but a 'positive reaction' from residents in the area around the pub.

The licensee said he had never witnessed people urinating against local houses and claimed that no evidence had ever been produced to prove that these were customers of the pub.

The licensee said it was 'completely unfair' to state without evidence that anti-social behaviour in the area was caused by customers from the pub.

Following the submissions at yesterday's meeting, members of the council's committee met in private to make their decision.

When the meeting was restarted in public, the council's senior solicitor, Philip Kingston, said the committee had decided not to renew the entertainments licence for the local bar.

Mr Kingston said that committee members believed that people in the area would be 'unreasonably disturbed' if the licence was granted.