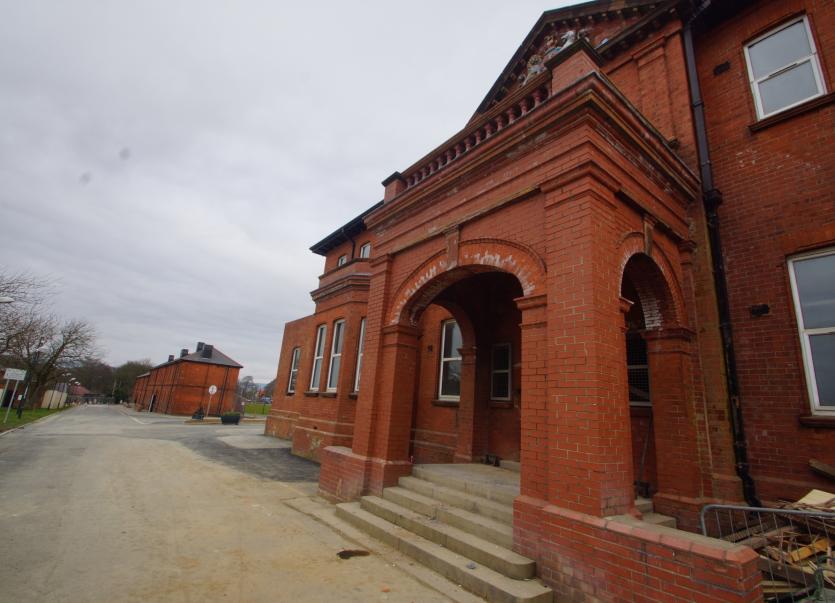 The former Officer's Mess building at Ebrington is to be used for office accommodation.

A local councillor said he regrets a 'little more imagination' was not applied to the future use of a prominent building on the Ebrington site in Derry.

Planning permission was this week granted for the conversion of the former Officers' Mess building at Ebrington, known as Building 85, into offices.

However, SDLP councillor John Boyle questioned whether offices were the best use for the 'fascinating' building which was built in 1875.

Planning permission was also granted at a meeting this week of Derry City and Strabane District Council's Planning Committee on Monday for another historic building on the Ebrington site base to be turned into office accommodation.

The former guard house building, known at Building 10, will be remodelled and extended.

Building 10 is a Grade 2 listed building, located along the southern side of Ebrington Square.

Building 85 will undergo internal alterations with the addition of a lift shaft and a flat roof extension, transforming the building into a modern office space.

Cllr Boyle told the meeting that he supported planning permission being granted for the respective plans for the two Ebrington buildings.

However, in relation to Building 85, he said he believed the building could have been put to better use.

“Sometimes I do consider that buildings like this as office space, perhaps that is not the ideal use,” he said.

“I actually know this building and some years ago a friend of mine was carrying out some remediation work inside it and I happened to call over and have a look around it.

“It is a fascinating building, it really is a first class quality building and I just regret a little more imagination around what this building could have been used for has not been applied in this particular instance.

“But office space can be useful and provides for employment opportunities and jobs and progression of local people and the economy here locally but we are where we are.

“I am also conscious of the fact that something can obviously then be reconverted back into something else as well.”

Sinn Fein councillor Christopher Jackson, chair of the council's Planning Committee, said he could understand Cllr Boyle's comments in relation to a 'perceived lack of imagination'.

However, Cllr Jackson said many of the Ebrington buildings had been unoccupied for too long and he said the new office accommodation was a 'major step' for the site.

In response, Cllr Boyle agreed that many of the Ebrington buildings had been unoccupied for too long and he welcomed the new plans for the Building 85 and Building 10.

This week's meeting was told that a local company, GLA Surveyors, had indicated that they plan to move into Building 10.

A planning officer told this week's meeting that he did not know if there were prospective tenants for Building 85.

Cllr Jackson said he was delighted to see work continue to progress at the site.

"This is just the latest step in the complete transformation of the site at Ebrington Square and the journey towards achieving its potential as a hugely important business and cultural hub for the city.

“The site is unique in bringing together both Derry's past and future stories.

"During the pandemic, people have really been making use of the space with its beautiful panoramic views of the city and open walkways and recreational areas.

“As the work continues and more businesses choose to locate to the site, Ebrington will become the vibrant, attractive and buzzing heart of the Waterside community.

“I look forward to seeing this area continue to develop and improve over the coming months,” added the local councillor.